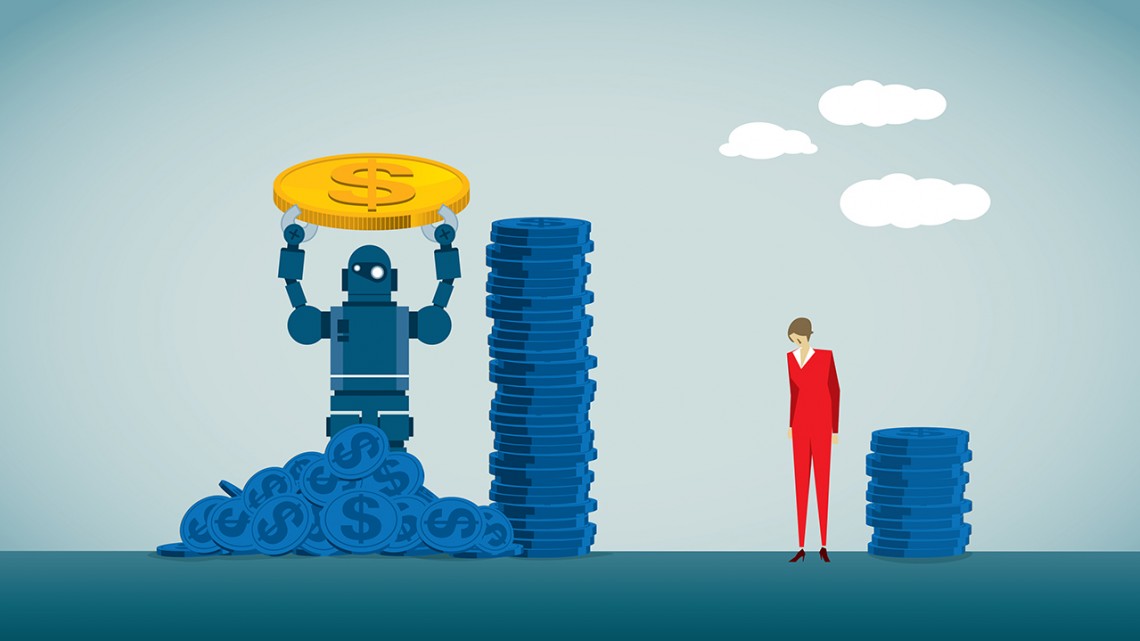 It’s not whether you win or lose; it’s how hard the robot is working.

A Cornell University-led team has found that when robots are beating humans in contests for cash prizes, people consider themselves less competent and expend slightly less effort – and they tend to dislike the robots.

The study, “Monetary-Incentive Competition Between Humans and Robots: Experimental Results,” brought together behavioral economists and roboticists to explore, for the first time, how a robot’s performance affects humans’ behavior and reactions when they’re competing against each other simultaneously.

Their findings validated behavioral economists’ theories about loss aversion, which predicts that people won’t try as hard when their competitors are doing better, and suggests how workplaces might optimize teams of people and robots working together.

“Humans and machines already share many workplaces, sometimes working on similar or even identical tasks,” said Guy Hoffman, assistant professor in the Sibley School of Mechanical and Aerospace Engineering. Hoffman and Ori Heffetz, associate professor of economics in the Samuel Curtis Johnson Graduate School of Management, are senior authors of the study.

“Think about a cashier working side-by-side with an automatic check-out machine, or someone operating a forklift in a warehouse which also employs delivery robots driving right next to them,” Hoffman said. “While it may be tempting to design such robots for optimal productivity, engineers and managers need to take into consideration how the robots’ performance may affect the human workers’ effort and attitudes toward the robot and even toward themselves. Our research is the first that specifically sheds light on these effects.”

Alap Kshirsagar, a doctoral student in mechanical engineering, is the paper’s first author.

In the study, humans competed against a robot in a tedious task – counting the number of times the letter G appears in a string of characters, and then placing a block in the bin corresponding to the number of occurrences. The person’s chance of winning each round was determined by a lottery based on the difference between the human’s and robot’s scores: If their scores were the same, the human had a 50 percent chance of winning the prize, and that likelihood rose or fell depending which participant was doing better.

To make sure competitors were aware of the stakes, the screen indicated their chance of winning at each moment.

“We were surprised that people found themselves less competent against a fast, competitive robot, even though there’s no direct interaction,” Kshirsagar said. “The robot is doing its own work, you’re doing your own work.”

Most participants did not seem to anthropomorphize the robot, with comments including, “I sort of realized, I am just competing with an idea of mechanization, and the arm is just a prop to signify it”; though one participant wrote, “It was obvious when the robot was going easy on me.” In fact, the robot’s efforts varied by round but did not change within each round.

Researchers were surprised that the value of the cash prize did not appear to significantly influence people’s efforts, though previous experiments suggested people would try harder as the value rose.

The researchers plan to explore the reason for that in future work, but said participants may have been so focused on winning they didn’t care about the actual prize value.