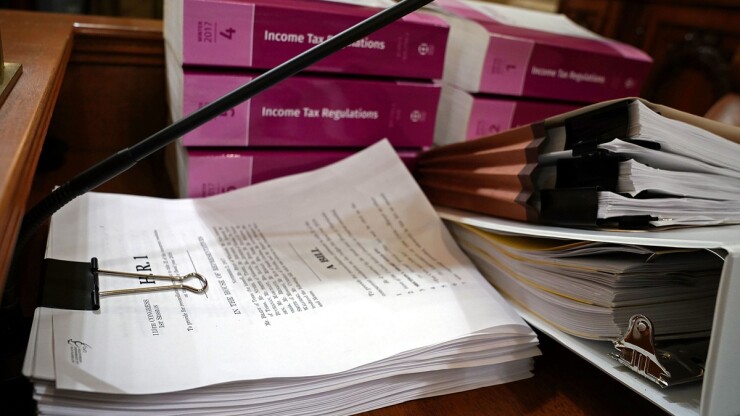 Companies that lose a tax incentive from a foreign government not only reduce their investment in that country, they do so by a significant amount.

A new study from the University of Iowa’s Tippie College of Business found that after the European Union overruled tax incentives offered by four European countries to U.S. multinationals, subsidiaries of those firms reduced their investment by an average of $7.6 million.

The reason, said Jaron Wilde, professor of accounting in the Tippie College of Business and study co-author, is not just the loss of a tax incentive. The evidence in their study suggests that uncertainty about future tax enforcement may lead firms to think twice about making significant investments in those jurisdictions.

Wilde and his co-researchers looked at the fallout when the European Union investigated four countries for offering tax incentives to U.S. companies that it believed skewed the market unfairly among the bloc’s 27 member nations. In 2014, the EU investigated Ireland, Luxemburg, the Netherlands, and Belgium for tax incentives those countries provided to Apple, Amazon.com, McDonald’s, and Fiat. The EU ordered those companies to return various amounts of tax incentives it deemed illegal, including $14 billion in incentives Apple had previously received from Ireland.

While some decisions were later overturned on appeal, Wilde said they still provide a useful backdrop to see what happens in multinational investments when tax expectations are no longer certain. He said these are important factors that firms consider in a globalized economy with an often bewildering array of tax laws.

The study found the reduced investment also led to a reduction in employment at U.S. subsidiaries in the affected EU countries.

The effect was immediate, too, taking hold in 2014 and appearing to persist for at least the two subsequent years the researchers looked at.

The study also found the EU tended to target firms with low tax rates more than high tax rates, presuming those firms were unfairly benefitting from incentives. As a result, firms that paid lower tax rates were exposed to potentially greater risk of EU scrutiny and cut their investments by 2.8 percent of total assets, a higher rate than the 1.7 percent reduction from firms in higher tax rates that were less likely to come to investigators’ attention.

The study, “Beyond Borders: Uncertainty in Supragovernmental Tax Enforcement and Corporate Investment,” will be published in the journal The Accounting Review. It was co-authored by Ryan Wilson of the University of Iowa, Zackery Fox of the University of Oregon, and Martin Jacob of the WHU-Otto Beisheim School of Management.