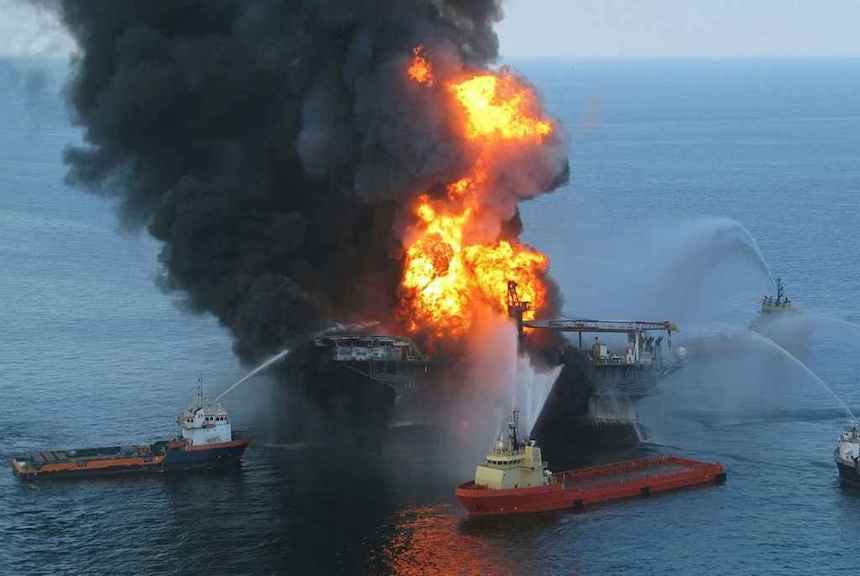 The 2010 BPDeepwater Horizon oil spill did $17.2 billion in damage to the natural resources in the Gulf of Mexico, a team of scientists recently found after a six-year study of the impact of the largest oil spill in U.S. history. This is the first comprehensive appraisal of the financial value of the natural resources damaged by the 134-million-gallon spill.

“This is proof that our natural resources have an immense monetary value to citizens of the United States who visit the Gulf and to those who simply care that this valuable resource is not damaged,” said Kevin Boyle, a professor of agricultural and applied economics in the Virginia Tech College of Agriculture and Life Sciences and one of the authors of the paper.

Findings from the study were published in Science.

VT says that the scientists developed a survey to put a dollar value on the natural resources damaged by the BP Deepwater spill by determining household willingness to pay for measures that would prevent similar damages should a spill of the same magnitude happen in the future. Survey information included descriptions of damaged beaches, marshes, animals, fish, and coral.

On top of estimating the impact of the spill, the $17.2 billion represents the benefits to the public to protect against damages that could result from a future oil spill in the Gulf of a similar magnitude.

In May 2010, one month after the spill, the U.S. National Oceanic and Atmospheric Administration commissioned a group of 18 researchers to put a dollar value on the natural resources damaged by the BP Deepwater spill.

To estimate Gulf Coast resource values, researchers created a scenario in which people were told that they could have a role in mitigating future damages by effectively paying for a prevention program.

Final analysis showed that the average household was willing to pay $153 for a prevention program. This rate was then multiplied by the number of households sampled to get the final valuation of $17.2 billion.

“The results were eye-opening in that we could tell how much people really value marine resources and ecosystems,” said Boyle. “And even more meaningful because we did additional analysis that proved the legitimacy of oft-criticized values for environmental resources.”

The project team administered surveys to a large random sample of American adults nationwide after three years of survey development. The first round of surveys was administered face-to-face with trained interviewers while the remaining surveys were completed via mail.

Survey participants were informed of pre- and post-spill conditions in the Gulf of Mexico and what caused the oil spill. They were then told about a prevention program, which can be viewed as 100 percent effective insurance against future spill damages, and that another spill would occur in the next 15 years. With this information, participants were asked to vote for or against the program, which would impose a one-time tax on their household.

“Our estimate can guide policymakers and the oil industry in determining not only how much should be spent on restoration efforts for the Deepwater spill, but also how much should be invested to protect against damages that could result from future oil spills,” said Boyle. “People value our natural resources, so it’s worth taking major actions to prevent future catastrophes and correct past mistakes.”