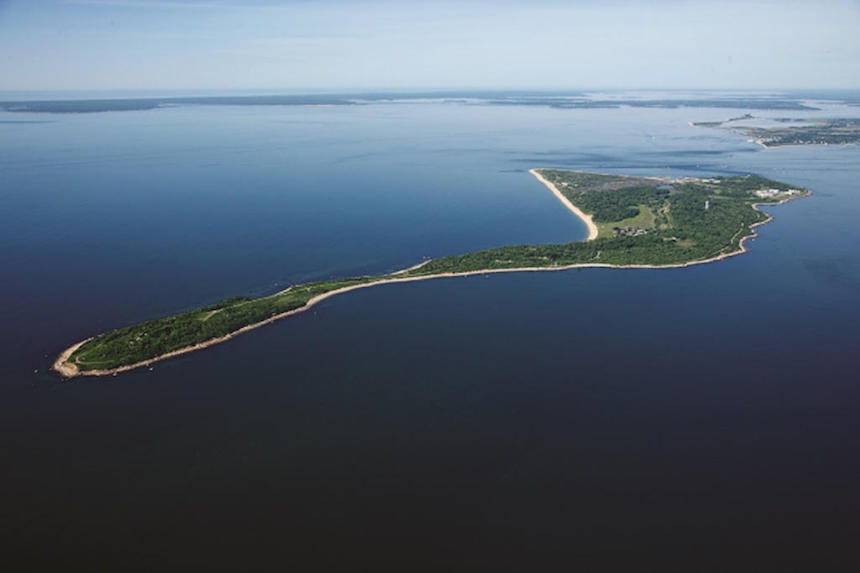 Plum Island was the site of a successful National Audubon Christmas Bird Count this season on the heels of an agreement between the Department of Homeland Security Science and Technology Directorate (S&T) and Audubon New York (ANY). The federal agency signed a formal Memorandum of Agreement (MOA) allowing the avian conservation organization access to take monthly counts of birds that utilize the 840 acres of Plum Island.

Located about a mile east of the North Fork of Long Island and eight miles south of the Connecticut shoreline in Long Island Sound, Plum Island is home to the Plum Island Animal Disease Center (PIADC), the nation’s laboratory dedicated to the research and diagnostics of foreign animal diseases that are a threat to the nation’s livestock, food security and economy.

“PIADC only uses about 20 percent of the island for its research mission and operational needs,” said PIADC director Dr. Larry Barrett, “There are hundreds of acres of natural space for wildlife to thrive in the heart of the Atlantic Flyway. With this formal agreement, we can better understand and protect the avian population on Plum Island.”

Plum Island has been designated by Audubon as a part of the Orient Point and Plum Island Important Bird Area since 1997, defining the island as a vital location for foraging, breeding, and migration.

The MOA is the culmination of a committed process to formalize the relations and expectations between DHS and ANY at Plum Island.  “Although DHS has permitted Audubon access to Plum Island in the past, this agreement allows for a standardization of reporting techniques and highlights the environmental stewardship that DHS strives for and demonstrates directly with our partners and opinion leaders in the Long Island Sound region,” Dr. Barrett added.

“Audubon New York is proud to take part in this new partnership with DHS,” said Jillian Liner, Director of Bird Conservation, Audubon New York. “Plum Island offers significant migratory and breeding habitat for more than 200 bird species and this agreement allows us to monitor and collect data needed to inform future management plans. DHS’s commitment to better understanding the environmental profile of the island, and supporting the needs of the birds and wildlife that depend on it, is admirable.”

Plum Island has taken part in the National Audubon Christmas Bird Count for the last eighteen years. Last year’s count was held on the island on December 30, and was supported by Audubon volunteers and PIADC environmental staff braving below zero wind chills in the falling snow. More than 1,250 birds were counted from thirty-eight unique species; final results are expected in the coming weeks and will be available on www.audubon.org. “Audubon’s Christmas Bird Count began over a century ago,” said Liner. “The data collected have become one of only two large pools of information informing ornithologists and conservation biologists how the birds of the Americas are faring over time. Because Plum Island is an Audubon Important Bird area, the annual Christmas Bird Count at Plum Island is critical to helping us continue to understand and protect the priority species that rely on its habitat throughout the year. We truly appreciate the time and commitment the chapter and volunteers put in to ensuring a complete and thorough count.” DHS and ANY expect the monthly bird counts to begin soon this year.