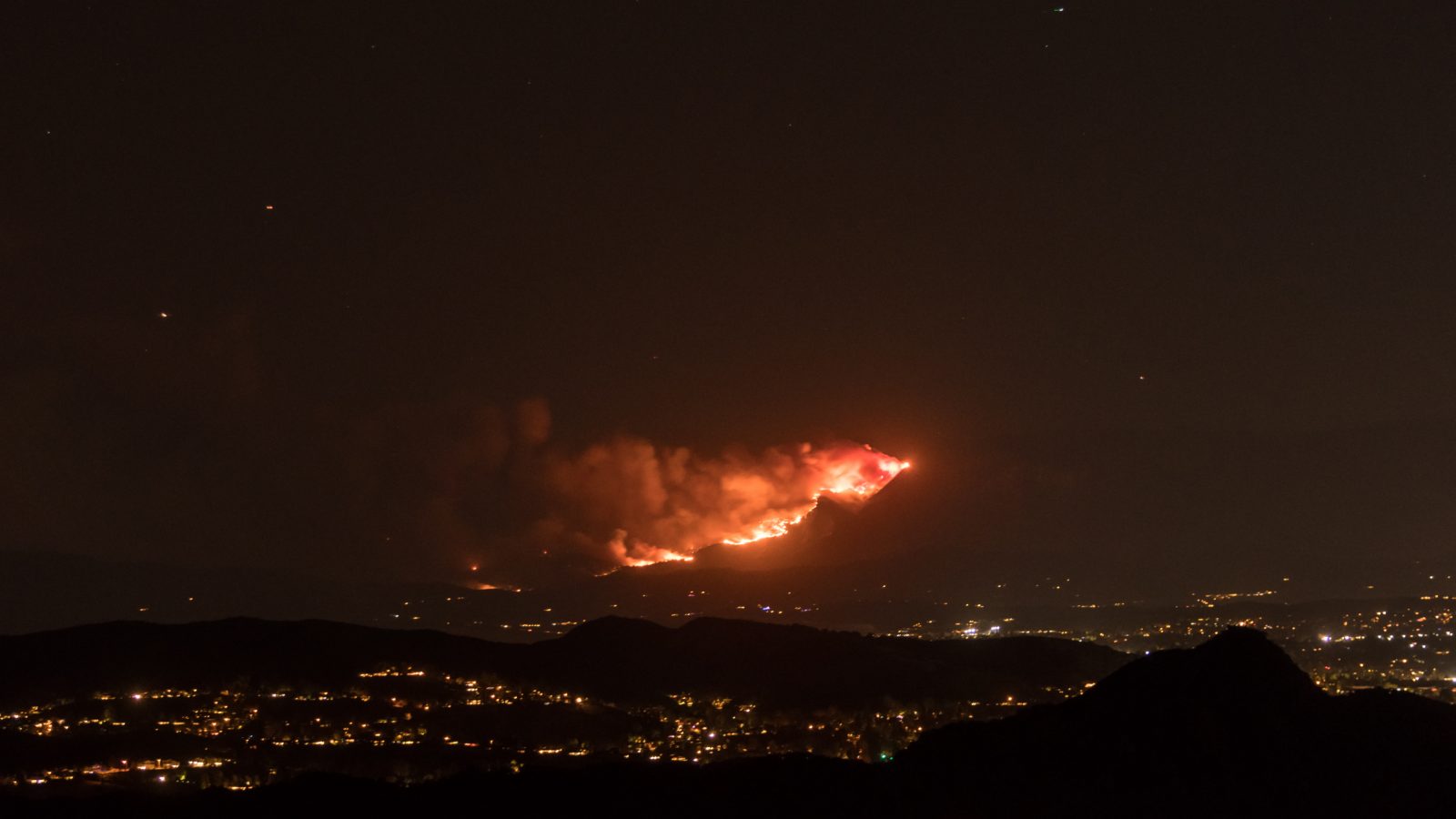 The 2017 wildfire season was the most extensive and expensive in U.S. history. Fires scorched 10 million acres in the western U.S. and federal fire-suppression expenditure surpassed a record $2.9 billion. There’s no end to the record breaking in sight: climate change will continue to produce longer, drier fire seasons with substantial burning that will consume residential developments. In a paper released last week, researchers have found that society is doing little to adapt in the aftermath.

“Often, after a fire, a community rebuilds, allows everything to grow back and continues to function the same way,” said Brian Buma, PhD, assistant professor in the department of integrative biology at University of Colorado Denver. “But humans have changed the playing field with climate change. Many times, something burns and the vegetation that comes back is coming back differently – or not at all – in the new climate. We can no longer force the systems to stay the same and we have to adapt with them. It may not be what we’re used to, but it may be the new reality.”

Buma, along with several biologists and sociologists across the U.S., laid out an appeal for the paradigm shift in a paper for the journal Nature Sustainability. It is an appeal not just to think about fire, but to fundamentally rethink our relationships with fire – one that, in the future, has to have fire as an integral component of the landscape (including around our houses, parks, and cities).

Promoting the right kind of resilience

Without adapting to the changing environment, Buma says our current pattern continues to put people at risk by replicating community vulnerabilities. The researchers found the key was promoting the right kind of resilience. In cases where emerging fire behavior is more or less consistent with historical patterns, supporting basic resilience (or recovery to the same state) is probably fine where natural patterns of recovery are likely sufficient and human exposure fairly low. In cases where fire behavior is somewhat new (like more frequent fires with similar intensity), adaptive planning – like reducing the flammability of houses – could reduce the potential for a future disaster.

But Buma and his associates found many cases where fire behaviors resulting from climate change are simply too novel, too intense – the ecosystem and human system simply can’t adapt or recover. In that case, transformation as a path to resilience requires fundamentally altering our relationship to the changing dynamic role of fire. Instead of bouncing back, communities should think of it as “bouncing forward.”

After a series of catastrophic wildfires in Santa Barbara, the city of Montecito began a community partnership to acknowledge and tackle the issue of their susceptibility to wildfires. The city educated their community, removed vegetation, thinned trees, traded out flammable chaparral shrubs for grass, improved fire response through better infrastructure planning, and required defensible spaces and retrofitting around area homes. Their efforts paid off. When 2007’s Thomas Fire hit the city, only seven houses burned, rather than the 400 to 500 homes it was projected to lose.

Convincing people that we need to change is hard, says Buma, especially in a society where the pride of rebuilding is ingrained.

“We tend to force resilience on a system that can no longer be resilient,” said Buma. “There are people who continually rebuild in flood-prone areas like the Mississippi Valley. In Colorado, we’re developing neighborhoods in the fire-prone foothills of the Rocky Mountains without defensible spaces around the houses or mitigation plans in place. As a society, maybe we should fundamentally rethink how our neighborhoods interact with the inevitable future fire.”

The paper outlines the ways in which we can adapt for the future. Decades of fire research has shown that communities need to reduce the woody fuel they’ve built up, schedule controlled burns and allow some fires under moderate weather conditions. Communities also need to come together to further educate and mitigate other sources of fuel, even though it means intentionally altering social-ecological systems.

“It’s a societal shift to get people to get behind the idea of prescribed burns around their property and the smoke that comes with it,” said Buma. “But the idea is not a new one. Indigenous populations in the southwest used to set controlled fires regularly and many communities do it. Fire is here and we have to work with it.”

“Even as ecologists, we have to abandon this idea of this pristine environment,” said Buma. “It’s okay to say that this is a managed environment and it will be different from the natural world. We began altering it when we prevented fires. We continue to alter it by warming the climate.”

Wealth Can Lead to More Satisfying Life If Viewed as a Sign of Success Vs. Happiness

What a Virginia Wildflower Can Tell Us About Climate Change