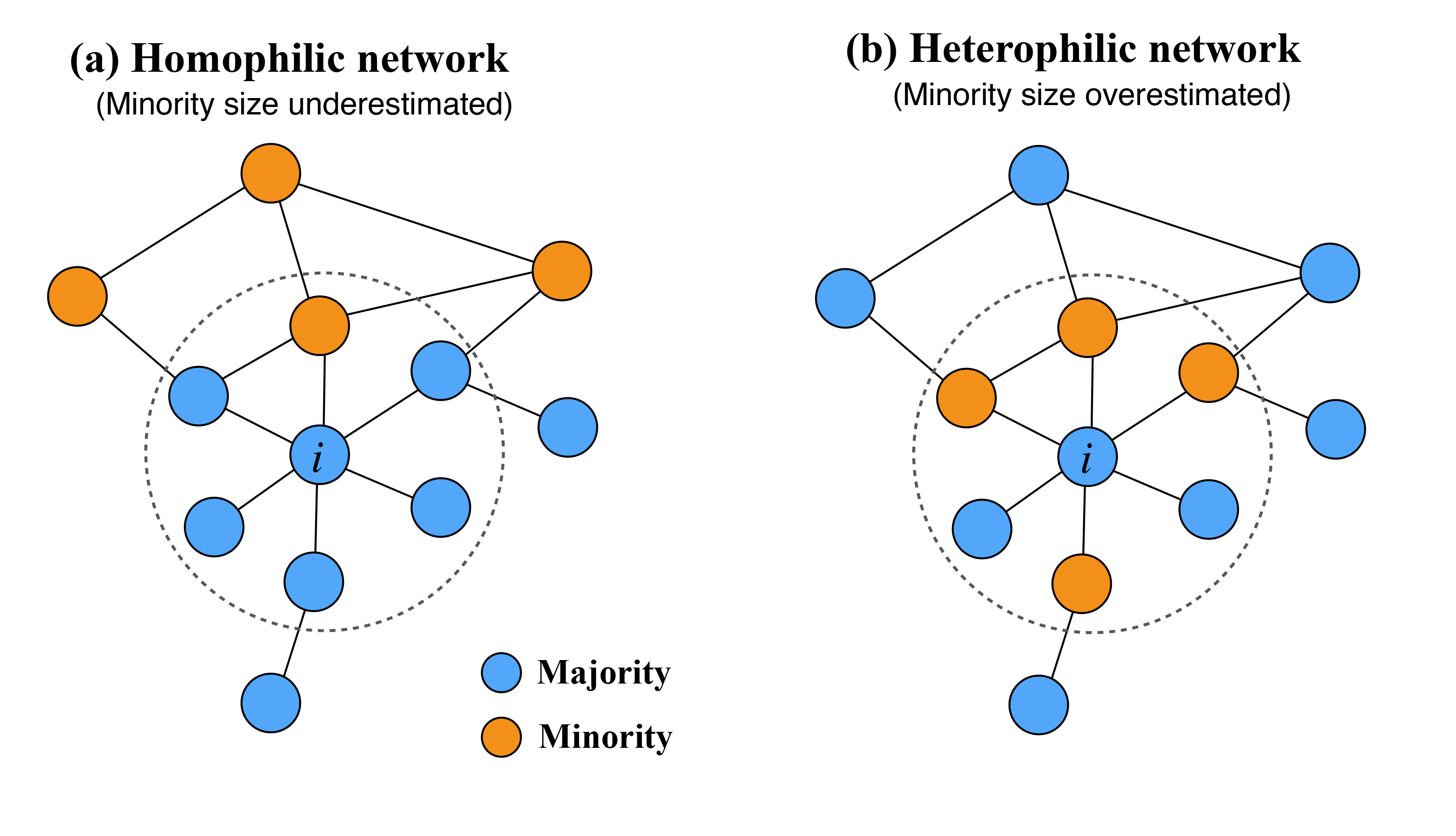 The result of the 2016 US presidential election was, for many, a surprise lesson in social perception bias — peoples’ tendency to assume that others think as we do, and to underestimate the size and influence of a minority party.

Long documented in psychological literature, a panoply of social perception biases play out differently in different contexts. Many psychologists attribute the source of these biases to faulty cognitive processes like “wishful thinking” or “social projection,” but according to a study published in Nature Human Behaviour, the structure of our social networks might offer a simpler explanation.

“There’s a fundamental question about how people perceive their environment in an unequal society,” says co-lead author Eun Lee, a network scientist based at the University of North Carolina. “[These perception biases] show up [in a devastating way] around contentious issues like gun control and abortion, race, and the distribution of wealth.”

Lee became interested in studying perception and social networks in January of 2016, after attending a presentation by co-author Mirta Galesic at the Santa Fe Institute. From Santa Fe, Lee went on to visit her home country, South Korea, which was in political turmoil. What she observed there was that people tended to interact with those who had similar opinions about a divisive presidential impeachment. This tendency, called “homophily,” would become a key parameter in her team’s model for social perception bias.

With co-lead author Fariba Karimi (GESIS, Germany), Lee applied a network model previously developed by Karimi and her collaborators, for a society consisting of majority and minority groups. In theory, the two groups could be divided by any binary characteristic — smoking or non-smoking, Democrat or Republican, male or female. Based on the position of an individual node within the network, the researchers predicted different perception biases would arise depending on two network properties: the relative sizes of the majority and minority groups, and their level of homophily (the extent to which like nodes connected to like). They did not account for individual cognitive processes– an individual’s perception was based solely on their surroundings.

Galesic then helped the team develop and administer a survey to ~300 participants in order to test the model’s predictions.

The team found that the greatest perception biases emerged when majority and minority groups were disproportionate in size, and when nodes of the same group were highly connected to each other. In these situations, individuals in both groups tended to overestimate their own group and underestimate the other. The team also documented other perception biases, such as the tendency for a majority group to overestimate the presence of a minority group when the two groups are more evenly dispersed within the network (heterophily).

To counter the effects of perception bias, Galesic recommends making an effort to interact with people from different groups, to better sample the broader societal network.

“Whatever group you are in, it certainly helps to be more aware of the outer environment,” Galesic says. “In a global, interconnected world we all depend on each other and all changes will eventually come to us.”

And, she adds, you won’t be blindsided by the results of the next election.

Talking About Charlottesville with Alt-Right Students