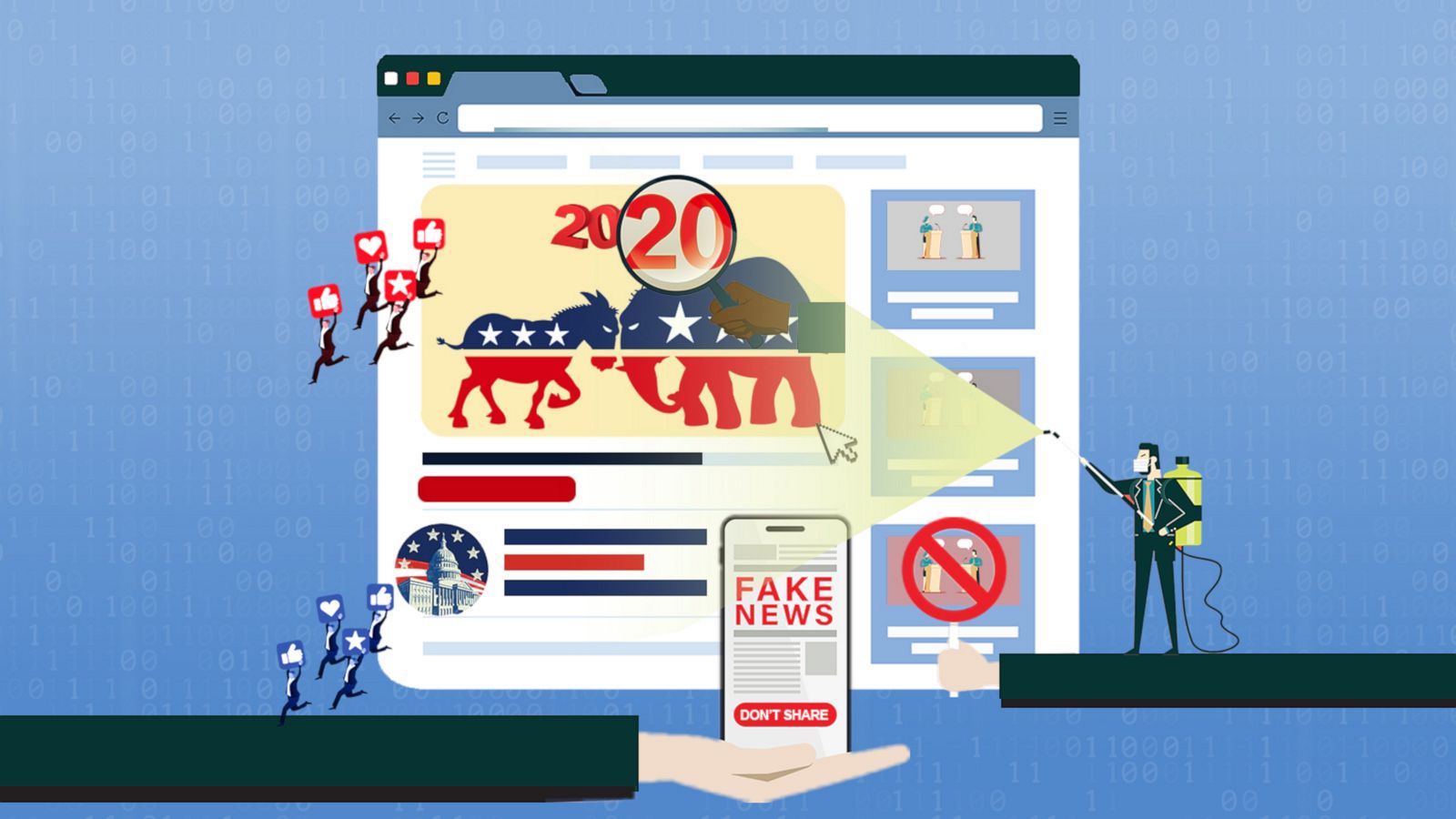 Online advertisements are found frequently splashed across news websites. Clicking on these banners or links provides the news site with revenue. But these ads also often use manipulative techniques, researchers say.

University of Washington researchers were curious about what types of political ads people saw during the 2020 presidential election. The team looked at more than 1 million ads from almost 750 news sites between September 2020 and January 2021. Of those ads, almost 56,000 had political content.

Political ads used multiple tactics that concerned the researchers, including posing as a poll to collect people’s personal information or having headlines that might affect web surfers’ views of candidates.

The researchers presented these findings Nov. 3 at the ACM Internet Measurement Conference 2021.

“The election is a time when people are getting a lot of information, and our hope is that they are processing it to make informed decisions toward the democratic process. These ads make up part of the information ecosystem that is reaching people, so problematic ads could be especially dangerous during the election season,” said senior author Franziska Roesner, UW associate professor in the Paul G. Allen School of Computer Science & Engineering.

The team wondered if or how ads would take advantage of the political climate to prey on people’s emotions and get people to click.

“We were well positioned to study this phenomenon because of our previous research on misleading information and manipulative techniques in online ads,” said Tadayoshi Kohno, UW professor in the Allen School. “Six weeks leading up to the election, we said, ‘There are going to be interesting ads, and we have the infrastructure to capture them. Let’s go get them. This is a unique and historic opportunity.'”

The researchers created a list of news websites that spanned the political spectrum and then used a web crawler to visit each site every day. The crawler scrolled through the sites and took screenshots of each ad before clicking on the ad to collect the URL and the content of the landing page.

The team wanted to make sure to get a broad range of ads, because someone based at the UW might see a different set of ads than someone in a different location.

“We know that political ads are targeted by location. For example, ads for Washington candidates will only be featured to viewers browsing from the state of Washington. Or maybe a presidential campaign will have more ads featured in a swing state,” said lead author Eric Zeng, UW doctoral student in the Allen School. “We set up our crawlers to crawl from different locations in the U.S. Because we didn’t actually have computers set up across the country, we used a virtual private network to make it look like our crawlers were loading the sites from those locations.”

The team continued crawling sites throughout January 2021 to capture any ads related to the Capitol insurrection.

The researchers used natural language processing to classify ads as political or non-political. Then the team went through the political ads manually to further categorize them, such as by party affiliation, who paid for the ad or what types of tactics the ad used.

“We saw these fake poll ads that were harvesting personal information, like email addresses, and trying to prey on people who wanted to be politically involved. These ads would then use that information to send spam, malware or just general email newsletters,” said co-author Miranda Wei, UW doctoral student in the Allen School. “There were so many fake buttons in these ads, asking people to accept or decline, or vote yes or no. These things are clearly intended to lead you to give up your personal data.”

The most popular type of political ad was click-bait news articles that often mentioned top politicians in sensationalist headlines, but the articles themselves contained little substantial information. The team observed more than 29,000 of these ads, and the crawlers often encountered the same ad multiple times. Similar to the fake poll ads, these were also more likely to appear on right-leaning sites.

“One example was a headline that said, ‘There’s something fishy in Biden’s speeches,'” said Roesner, who is also the co-director of the UW Security and Privacy Research Lab. “I worry that these articles are contributing to a set of evidence that people have amassed in their minds. People probably won’t remember later where they saw this information. They probably didn’t even click on it, but it’s still shaping their view of a candidate.”

The researchers were surprised and relieved, however, to find a lack of ads containing explicit misinformation about how and where to vote, or who won the election.

“To their credit, I think the ad platforms are catching some misinformation,” Zeng said. “What’s getting through are ads that are exploiting the gray areas in content and moderation policies, things that seem deceptive but play to the letter of the law.”

The world of online ads is so complicated, the researchers said, that it’s hard to pinpoint exactly why or how certain ads appear on specific sites or are viewed by specific viewers.

“Certain ads get shown in certain places because the system decided that those would be the most lucrative ads in those spots,” Roesner said. “It’s not necessarily that someone is sitting there doing this on purpose, but the impact is still the same —  people who are the most vulnerable to certain techniques and certain content are the ones who will see it more.”

To protect computer users from problematic ads, the researchers suggest web surfers should be careful about taking content at face value, especially if it seems sensational. People can also limit how many ads they see by getting an ad blocker.

Just How Much Do Density and Green Space Affect Urban Energy Use? It Depends on Where You Live.