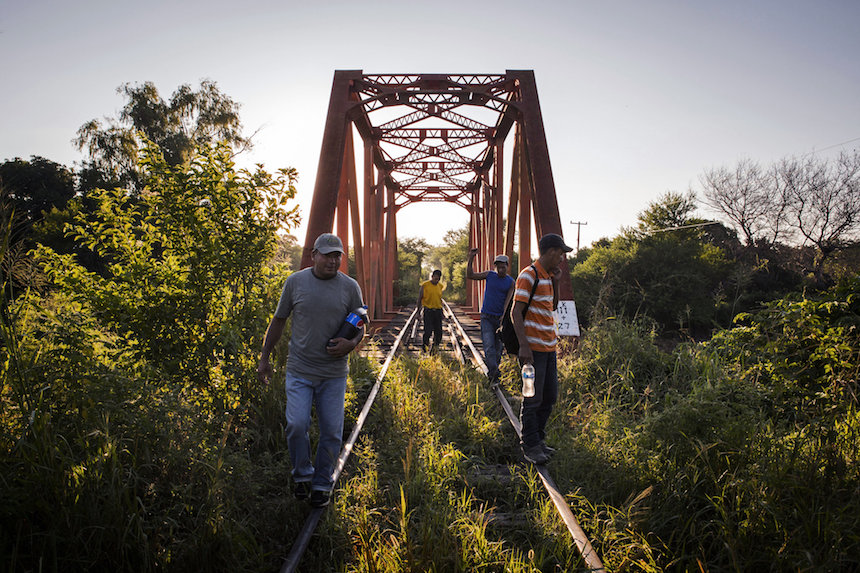 There are growing worries in Mexico that President Donald Trump’s aggressive deportation scheme would lead to refugee camps popping up along the U.S.-Mexico border. Trump’s plan calls for an immediate start of deportation to Mexico not only of Mexicans – but of all Latin Americans and others who crossed into the United States illegally through Mexico.

Earlier U.S. policy called for deportation to Mexico only of Mexican citizens, while “OTMs” – Other Than Mexicans – were flown back to their home countries.

The Independent reports that under a sweeping changes to the U.S.deportation policy, announced on Tuesday, unauthorized migrants of any nationality would be driven into Mexico, even though they have no family or community ties there. The migrants’ asylum claims or deportation proceedings would be heard by U.S. judges through videoconferencing.

Mexicans say they are unprepared for the influx of hundreds of thousands of migrants.

“Not in any way, shape or form,” said the Rev. Patrick Murphy, a priest who runs the Casa del Migrante shelter in the border city of Tijuana, which currently houses about fifty-five Haitian immigrants.

Mexicans are anxious about the prospect of hundreds of thousands of foreigners coming into a border region already struggling with drug gangs and violence.

“Just look at the case of the Haitians in Tijuana – what were they, seven or eight thousand? And the situation was just out of control,” said Alejandro Hope, a Mexico City-based security analyst. “Now imagine a situation 10 or 15 times that size. There aren’t enough resources to maintain them.”

Legal analysts say that it is not clear whether the United States has the authority to force Mexico to accept non-Mexican nationals.

Victor Clark, director of Tijuana’s Binational Center for Human Rights, said Mexico could simply refuse to accept non-Mexican deportees. “They come through one by one, and when the Mexican immigration agent sees a person who isn’t Mexican, he tells the Ice agent: ‘I can’t accept this person, he’s not Mexican,’ and they return him to the United States.”

The United States may offer to pay to build the holding facilities for the migrants. Experts note that Turkey has agreed to house Syrian refugees headed for the European Union in exchange for at least $3 billion in aid.

“For this to be politically acceptable in Mexico, it would have to be paid,” said Hope. “No Mexican administration could accept this kind of thing unless it were accompanied by billions of dollars.”

There are also precedents in Mexico for refugee camps. In the 1980s and 1990s, Mexico took in about 70,000 Guatemalans fleeing civil war in their country. With UN help, camps were set up in the southern states of Chiapas, Campeche, and Quintana Roo. When peace accords were signed in Guatemala in the mid-1990s, almost 43,000 refugees and their children went home, but more than 30,000 Guatemalans and their children born in Mexico decided to stay.

Mexicans are worried that the same would happen with other migrants being housed in Mexico.

“You know, a lot of Central Americans would rather be deported to Mexico than their own countries,” Rev. Murphy said.

Cybersecurity of the Power Grid: a Growing Challenge