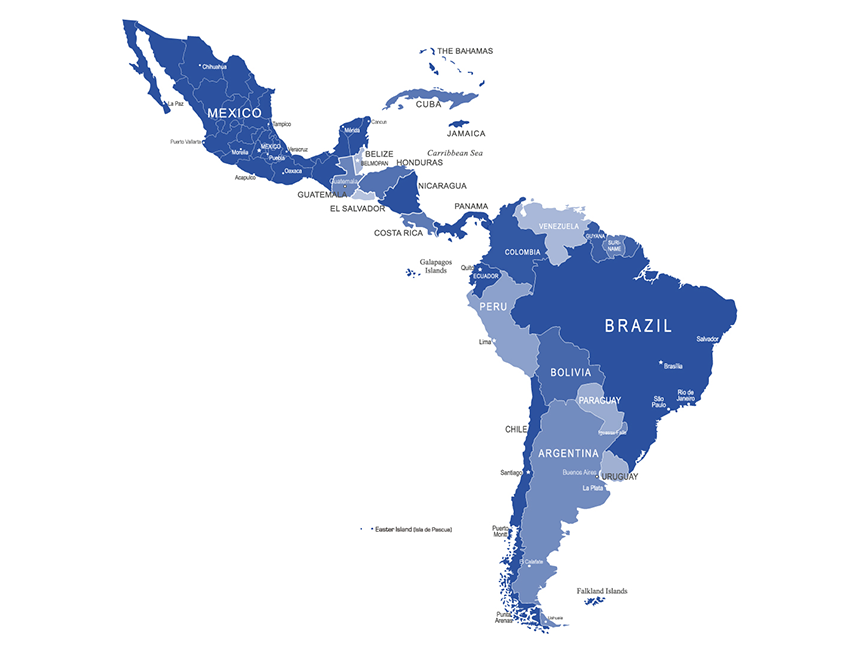 Latin America and the Caribbean, according to World Politics Review, are currently facing security challenges that could prove troubling in the coming months to U.S. policymakers and their counterparts in the region. Latin America’s geographic proximity, economic, and human ties affect U.S. security and prosperity more than those of any other region in the world. As the Trump administration forms its Latin America policy team, the Encouvue reports that there will be a range of issues that demand the team’s attention in the region sooner rather than later.

In Mexico, crimes including extortion and kidnapping, have been on the rise at both the state and federal levels in recent years. The International Crisis Group (ICG), in its February 2017 report on Veracruz, a southeastern Mexican state, wrote “the recent history of Veracruz, the gruesome details of which are starting to emerge, underlines the crisis not of one state administration but of the Mexican political system as a whole, where a well-intended democratic transition has fallen short of expectations and become corroded by organized crime.” ICG called on the United States and other governments to increase pressure on Mexican leaders to address root causes of the nation’s organized crime epidemic and refocus strategies for resolving the crisis. Increasing crime in Mexico could sprain efforts to secure the U.S. border and manage the challenge of transnational criminal organizations operating on both sides of the border.

In Central America’s Northern Triangle region—El Salvador, Honduras, and Guatemala—an expanded wave of gang violence, prompted in part by U.S. deportations, has driven a regional migrant crisis that could escalate. Venezuela’s government, which has overseen the country’s descent into political and economic crisis, is increasing cooperation with Iran, China, and Russia. At the same time, Cuba, having lost Venezuela as its principal economic beneficiary, could potentially expand relations with Russia and China if U.S. president Donald Trump undercuts Cuba’s hopes for access to U.S. markets. In Colombia, where drug production is mounting, a historic peace deal with guerilla group, the Revolutionary Armed Forces of Colombia (FARC), is inadvertently leading to the emergence and expansion of new criminal gangs and guerrillas tied to the National Liberation Army (ELN), another armed group.

Latin America’s crime and violence extends beyond drug related issues. Judicial Watch in January 2016 published State Department records confirming that “Arab extremists” are entering the United States through Mexico with the assistance of smuggling network “cells.” Among them was a top Al-Qaeda operative wanted by the FBI. The government documents also reveal that some Mexican smuggling networks actually specialize in providing logistical support for islamists attempting to enter the United States. “The security environment in Latin America and the Caribbean is characterized by complex, diverse, and non-traditional challenges to U.S. interests,” Admiral Kurt W. Tidd, Commander U.S. Southern Command testified before the Senate Armed Services Committee in March 2016. “The principal challenge remains transnational criminal networks, which are well-organized, well-financed, well-armed, and technologically advanced. These networks are efficient, adaptive, innovative and exceptionally ruthless,” he added.

The economic vulnerability of the region in the face of a retreating United States may force it to form closer ties with China.

“The theft of American prosperity will end,” President Trump said in March at the signing of two bills aimed at “ending the abuse of U.S. trade” as promised during the 2016 presidential election. “We’re going to defend our industry and create a level playing field for the American worker,” he added.

Leaders in Latin America and the Caribbean view President Trump’s stance as casting a cloud of unpredictability on the region’s economy just as it tries to rebound from a two-year contraction. As the U.S. withdraws from the region through protectionist rhetoric and policies of the current administration, like abandoning the Trans-Pacific Partnership (TPP); China, the second-largest commercial partner of the region and its highest lender, may take on the United States’ economic position in Latin America.

After the election of President Trump in November 2016, China released a policy paper on Latin America and the Caribbean, where the region was called “a land full of vitality and hope.” The paper stated that China would build a new relationship with the region to achieve “sincerity and mutual trust in the political field, win-win cooperation on the economic front, mutual learning in culture, close coordination in international affairs, as well as mutual reinforcement between China’s cooperation with the region as a whole and its bilateral relations with individual countries in the region.”