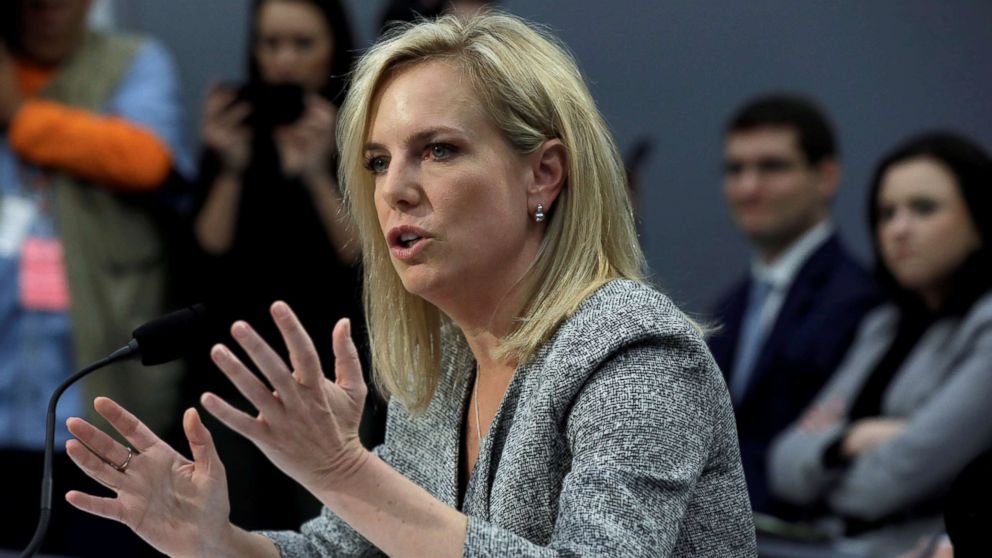 What Are the Migrant Protection Protocols?

The Migrant Protection Protocols (MPP) are a U.S. Government action whereby certain foreign individuals entering or seeking admission to the U.S. from Mexico – illegally or without proper documentation – may be returned to Mexico and wait outside of the U.S. for the duration of their immigration proceedings, where Mexico will provide them with all appropriate humanitarian protections for the duration of their stay.

Why is DHS Instituting MPP?

The U.S. is facing a security and humanitarian crisis on the Southern border. The Department of Homeland Security (DHS) is using all appropriate resources and authorities to address the crisis and execute our missions to secure the borders, enforce immigration and customs laws, facilitate legal trade and travel, counter traffickers, smugglers and transnational criminal organizations, and interdict drugs and illegal contraband.

Historically, illegal aliens to the U.S. were predominantly single adult males from Mexico who were generally removed within 48 hours if they had no legal right to stay; now over 60% are family units and unaccompanied children and 60% are non-Mexican. In FY17, CBP apprehended 94,285 family units from Honduras, Guatemala, and El Salvador (Northern Triangle) at the Southern border. Of those, 99% remain in the country today.

Misguided court decisions and outdated laws have made it easier for illegal aliens to enter and remain in the U.S. if they are adults who arrive with children, unaccompanied alien children, or individuals who fraudulently claim asylum. As a result, DHS continues to see huge numbers of illegal migrants and a dramatic shift in the demographics of aliens traveling to the border, both in terms of nationality and type of aliens- from a demographic who could be quickly removed when they had no legal right to stay to one that cannot be detained and timely removed.

In October, November, and December of 2018, DHS encountered an average of 2,000 illegal and inadmissible aliens a day at the Southern border. While not an all-time high in terms of overall numbers, record increases in particular types of migrants, such as family units, travelling to the border who require significantly more resources to detain and remove (when our courts and laws even allow that), have overwhelmed the U.S. immigration system, leading to a “system” that enables smugglers and traffickers to flourish and often leaves aliens in limbo for years. This has been a prime  cause of our near-800,000 case backlog in immigration courts and delivers no consequences to aliens who have entered illegally.

Smugglers and traffickers are also using outdated laws to entice migrants to undertake the dangerous journey north where on the route migrants report high rates of abuse, violence, and sexual assault. Human smugglers and traffickers exploit migrants and seek to turn human misery into profit. Transnational criminal organizations and gangs are also deliberately exploiting the situation to bring drugs, violence, and illicit goods into American communities.  The activities of these smugglers, traffickers, gangs and criminals endanger the security of the U.S., as well as partner nations in the region.

The situation has had severe impacts on U.S. border security and immigration operations.  The dramatic increase in illegal migration, including unprecedented number of families and fraudulent asylum claims is making it harder for the U.S. to devote appropriate resources to individuals who are legitimately fleeing persecution. In fact, approximately 9 out of 10 asylum claims from Northern Triangle countries are ultimately found non-meritorious by federal immigration judges. Because of the court backlog and the impact of outdated laws and misguided court decisions, many of these individuals have disappeared into the country before a judge denies their claim and simply become fugitives.

The MPP will provide a safer and more orderly process that will discourage individuals from attempting illegal entry and making false claims to stay in the U.S., and allow more resources to be dedicated to individuals who legitimately qualify for asylum.

What Gives DHS the Authority to Implement MPP?

Section 235 of the Immigration and Nationality Act (INA) addresses the inspection of aliens seeking to be admitted into the U.S. and provides specific procedures regarding the treatment of those not clearly entitled to admission, including those who apply for asylum.  Section 235(b)(2)(C) provides that “in the case of an alien  . . . who is arriving on land (whether or not at a designated port of arrival) from a foreign territory contiguous to the U.S.,” the Secretary of Homeland Security “may return the alien to that territory pending a [removal] proceeding under § 240” of the INA.”  The U.S. has notified the Government of Mexico that it is implementing these procedures under U.S. law.

Who is Subject to MPP?

With certain exceptions, MPP applies to aliens arriving in the U.S. on land from Mexico (including those apprehended along the border) who are not clearly admissible and who are placed in removal proceedings under INA § 240.  This includes aliens who claim a fear of return to Mexico at any point during apprehension, processing, or such proceedings, but who have been assessed not to be more likely than not to face persecution or torture in Mexico.  Unaccompanied alien children and aliens in expedited removal proceedings will not be subject to MPP.  Other individuals from vulnerable populations may be excluded on a case-by-case basis.

How Will MPP Work Operationally?

Certain aliens attempting to enter the U.S. illegally or without documentation, including those who claim asylum, will no longer be released into the country, where they often fail to file an asylum application and/or disappear before an immigration judge can determine the merits of any claim.  Instead, these aliens will be given a “Notice to Appear” for their immigration court hearing and will be returned to Mexico until their hearing date.

While aliens await their hearings in Mexico, the Mexican government has made its own determination to provide such individuals the ability to stay in Mexico, under applicable protection based on the type of status given to them.

DHS is working closely with the U.S. Department of Justice’s Executive Office for Immigration Review to streamline the process and conclude removal proceedings as expeditiously as possible.

Consistent with the law, aliens in removal proceedings can use counsel of their choosing at no expense to the U.S. Government.  Aliens subject to MPP will be afforded the same right and provided with a list of legal services providers in the area which offer services at little or no expense to the migrant.

What Are the Anticipated Benefits of MPP?

Every month, tens of thousands of individuals arrive unlawfully at the Southern Border.  MPP will reduce the number of aliens taking advantage of U.S. law and discourage false asylum claims.  Aliens will not be permitted to disappear into the U.S. before a court issues a final decision on whether they will be admitted and provided protection under U.S. law.  Instead, they will await a determination in Mexico and receive appropriate humanitarian protections there.  This will allow DHS to more effectively assist legitimate asylum-seekers and individuals fleeing persecution, as migrants with non-meritorious or even fraudulent claims will no longer have an incentive for making the journey.  Moreover, MPP will reduce the extraordinary strain on our border security and immigration system, freeing up personnel and resources to better protect our sovereignty and the rule of law by restoring integrity to the American immigration system.