One of the ongoing challenges for the Homeland Security Enterprise (HSE) is to improve security vulnerabilities along the U.S./Canadian border, some of which include a lack of persistent surveillance, inadequate communication links to share relevant tactical data, and unavailability of secure mobile devices to view this data.

As part of the HSE’s ongoing efforts to address these vulnerabilities, the Department of Homeland Security (DHS) Science and Technology Directorate(S&T) and the U.S. Border Patrol (USBP) conducted a field test at USBP Havre Sector, held in Sweetgrass, MT, from August 12 – 23, 2019. The event illustrated the potential efficacy of innovative airborne and terrestrial tactical surveillance technologies designed to provide portable situational awareness capabilities with a hybrid communications network. The network connects commercial cellular, local VHF Mesh, and agent-portable satellite communications devices along the remote U.S./Canadian border and improves U.S. Custom and Border Protection’s (CBP) ability to track and prevent incursions in these vulnerable areas.

To see how effectively these tools would work in the field, S&T and USBP brought in agents and vehicles to simulate illegal border crossing activities. They then used a wide range of technologies, including:

After 11 days of exercises and demonstrations, the participating agents found that their field experiments were overwhelmingly successful. They were able to receive sensor alerts in real-time, cover more ground and improve their response times, communicate with each other more effectively, and achieve situational awareness over nearly 120 square miles of coverage, including remote areas where there was previously no cellular or radio reception. 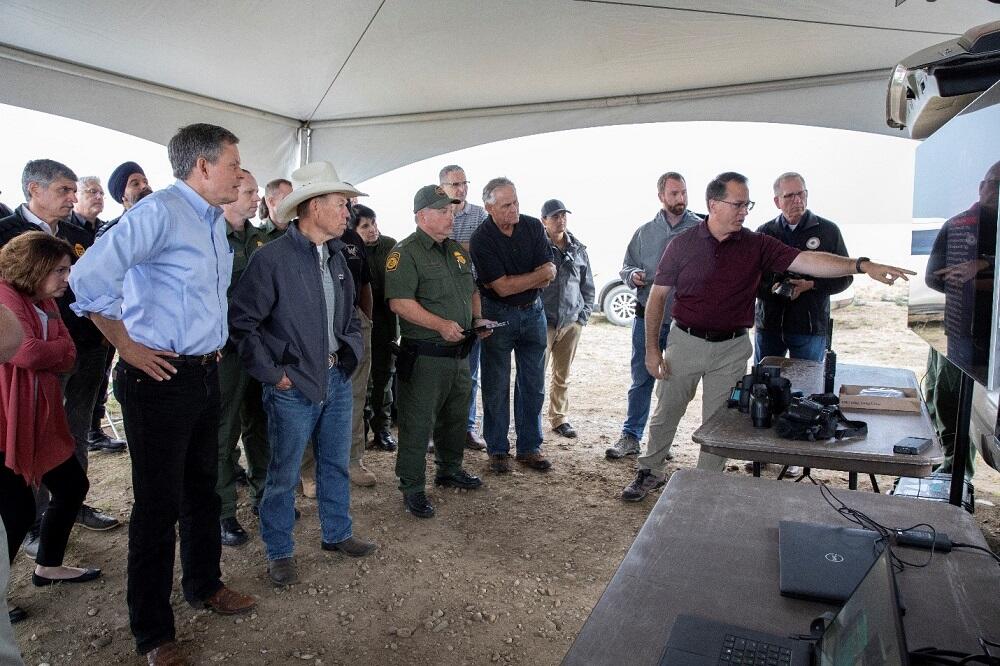 S&T is assisting USBP in deploying TAK to all northern and southern USBP stations and will continue testing and piloting disparate communications solutions with the goal of expanding inter-agency communication networks in areas along the border that currently have no connectivity.

“When it comes to border security, technology plays a very significant role,” explained DHS S&T Program Manager Shawn McDonald. “The demonstrations at the Havre Sector Field Experiment showed that communications tools like man-portable surveillance, autonomous surveillance towers, short-range surveillance sensors, SUAS, TAK, and satellite communications are both cost and operationally effective. Equally important, they are agile and scalable and serve as significant force multipliers for our agents along the northern border. Once these tools are deployed on a wider scale, our agents will be able to expand all their communications networks, simultaneously monitor remote lower-priority areas of the border while physically monitoring high-priority areas and immediately and effectively deploy resources to areas that need them most.”