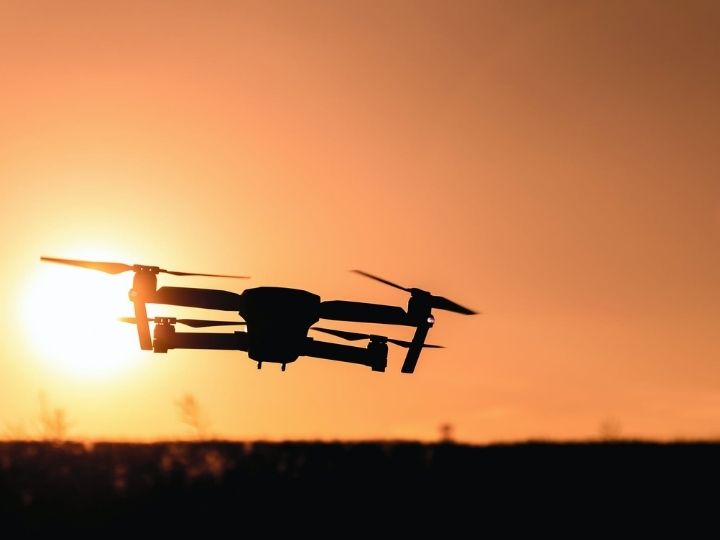 To address this problem, Gino Lim, Chair of Industrial Engineering, proposes the use of drones with a built-in wireless electrification line (E-line) battery charging system. Lim pioneered that technology in 2017.

“Smart border patrol using small-size drones may provide significant help in patrolling areas inaccessible to patrol agents, reduce agent response time, and increase the safety of patrol agents working in dangerous regions. To strengthen border security and reduce the need for patrolling via human agents, we propose the use of drones coupled with the use of E-lines for continuous border surveillance,” Lim reports in the journal Computers & Industrial Engineering. The paper’s first author is Navid Ahmadian, a former doctoral student in Lim’s lab.

The E-line system charges the drones during their surveillance, enables a continuous and seamless flight over the border and eliminates the need for battery charging stations. Continuous monitoring sends live information about different locations of the borderline to the designated control centers, helping enhance border security and reducing the necessity of systems operated by people.

In developing their model, the team reviewed a case study of a segment of the U.S.-Mexico borderline spanning 22.8 miles and located between two border crossings within the Cochise County limits in Arizona.

Although drones have been the subject of many studies, few studies have focused on the implementation of the drone for continuous border surveillance.

In previous work Lim provided a template for drone routes targeting chronic patients in rural areas to assist in medicine delivery via drone.

FSU Finance Expert: Fed Had to Respond to High Inflation