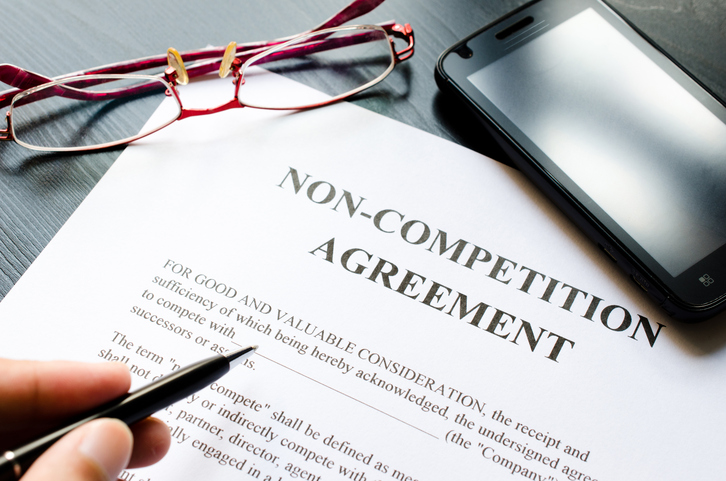 Nine out of 10 startups fail, and even among venture-backed fledgling companies, the success rate is only about 25%. It’s even tougher for women entrepreneurs, who face challenges their male counterparts don’t, according to new Cornell University research.

One reason is noncompete agreements – legal compacts or clauses in a contract specifying that an employee may neither join nor found a rival business after leaving the company.

There are no references to gender in a typical noncompete agreement, said Matt Marx, professor of management and organizations in the Charles H. Dyson School of Applied Economics and Management, but they still have a more deleterious effect on women entrepreneurs.

“The reason noncompetes have an impact is not because people get sued by their former employers,” he said, “but because they think they might get sued. It’s the fear factor.”

Marx is the author of “Employee Non-compete Agreements, Gender, and Entrepreneurship,” which published in Organization Science. In his research, he examined startups founded by more than 5.7 million workers who were employed exclusively within 25 states and the District of Columbia from 1990 to 2014.

Noncompete agreements have been in the news recently, with President Joe Biden’s signing on July 9 of his Executive Order on Promoting Competition in the American Economy. Among other things, the order “encouraged” the Federal Trade Commission to use its rulemaking authority to curtail the use of noncompete clauses and other agreements that may unfairly limit worker mobility.

“We would have a national policy, for the first time in American history. That could happen,” he said. “This has never been on the table before.”

Several states have recently implemented, or will implement, legislation limiting noncompete agreements, a move jump-started by Massachusetts, which in 2018 passed its Noncompetition Agreement Act. A similar law in Illinois will take effect Jan. 1, 2022.

There’s plenty of literature, Marx said, on the differences between men and women when it comes to risk aversion. But perhaps more telling factor, he said: the fact that women are penalized more than men for failure.

“It’s a very persistent effect,” Marx said. “We see it in medicine, in financial services, and you also see that among entrepreneurs. When women entrepreneurs abandon their startups and go back and look for paid employment, they suffer more of a penalty than men do.”

Many relevant statistics point to a more difficult entrepreneurial journey for women compared to men, Marx writes. Although women outnumber men among college students and comprise more than half the workforce, men are nearly 1.5 times more likely than women to start new businesses. Only one in five new businesses, and less than 10% of ventures backed by professional investors, are woman-owned.

And the specter of legal action that comes with signing a noncompete agreement further dampens women’s ability to start and sustain a business. According to Marx, constraints on a founder’s ability to hire experienced employees, or to even start a business in an industry with which they’re familiar, make an entrepreneurial venture risky.

“Plus, women start companies earlier in their careers, having earned less money on average,” he said. “So if they get sued, they have less money saved up to defend themselves. And so even though they’re paying the same hourly rate [in legal fees], the relative expense is higher.”

In his research, Marx wondered if the “fear factor” associated with noncompetes was actually serving a Darwinian purpose: weeding out the less viable companies and rewarding stronger ones. He found that the opposite is true.

Same-industry startups founded under stricter noncompete enforcement penalized potentially strong women-owned businesses. That’s likely due to the fact that hiring workers with relevant experience – with the threat of legal action due to noncompetes – has a chilling effect on startup growth and sustainability, his research found.

“This is the really sad thing,” he said. “You look at women who start businesses nonetheless, despite the risk. The companies that get blocked are not the companies that would have failed anyway; they’re the high-potential, high-risk companies. And that’s the real tragedy: The noncompetes are actually blocking women from starting the kind of companies that we care about most, the high-growth companies, and that’s why they’re making the gender gap worse. That’s the real point of the study.”