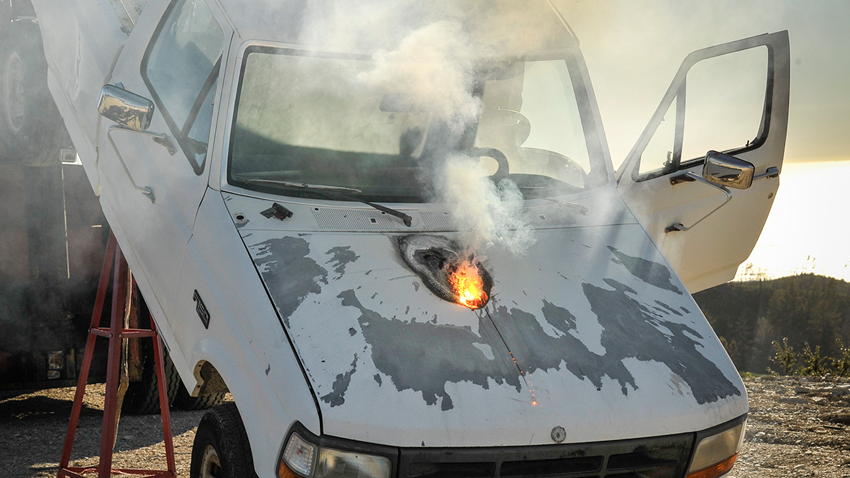 Lockheed Martin has begun production of a new generation of modular high power lasers this month. The first laser built using the modular technique will be a 60-kilowatt system for a U.S. Army vehicle. The Army has the option to add more modules and increase power from 60kW to 120kW. Laser weapons provide a complement to traditional kinetic weapons in the battlefield. In the future, they will offer reliable protection against threats such as swarms of drones or large numbers of rockets and mortars.

Production of the fiber modules laser will take place at Lockheed Martin’s Bothell, Washington facility. Lockheed Martin says that the modular laser design allows the laser power to be varied across an extremely wide range according to the needs of a specific mission and threat. The company notes that the system’s incorporation of commercial fiber laser components into easily reproduced modules makes production of Lockheed Martin’s laser affordable. The Army has the option to add more modules and increase power from 60kW to 120kW as a result of the laser’s modularity.

“A robust laser system with minimal operational down-time results from the integration of modular fiber-based lasers,” said Iain Mckinnie, business development lead for Laser Sensors and Systems, Lockheed Martin Mission Systems and Training. “With modular lasers, the possibility of a complete system failure due to a single-point disruption is dramatically lessened. Production is also affordable due to the ease of reproducing module components.”

Lockheed Martin’s laser combines multiple fiber modules to generate an intense laser beam. The layered approach reduces the chance for mission disruption as a result of a component failure and minimizes the need for frequent maintenance or repair. The laser system’s complexity notwithstanding, it is easily operated by a single person.

The company says that laser weapons provide a complement to traditional kinetic weapons in the battlefield. In the future, they will offer reliable protection against threats such as swarms of drones or large numbers of rockets and mortars.

Lockheed Martin has worked on laser weapon system development for more than forty years, making advances in precision pointing and control, line-of-sight stabilization, and adaptive optics — essential functions in harnessing and directing the power of a laser beam — and in fiber laser devices using spectral beam combining. The company recently used a 30kW laser weapon, known as ATHENA, to disable a truck. Lockheed Martin says it plans to develop a family of laser weapon systems with various power levels tailored to address missions across sea, air, and ground platforms.