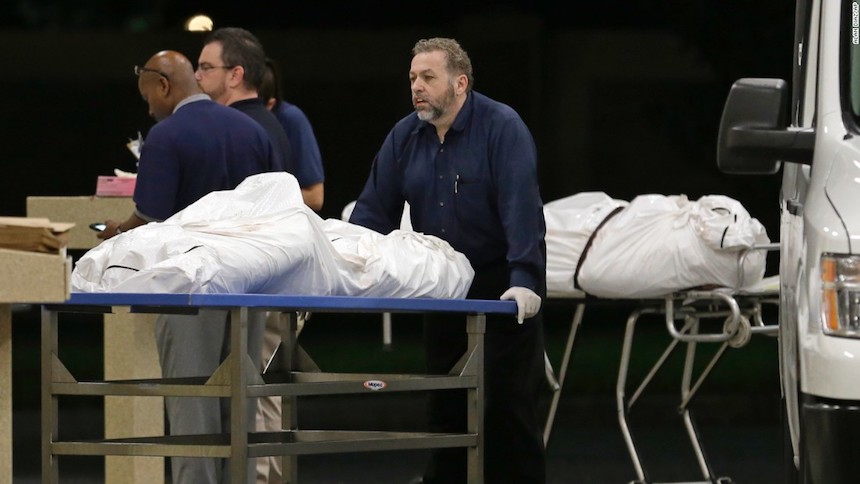 The Pulse nightclub shooting in Orlando, the mass shooting at the Charleston AME church and the Boston Marathon bombing are three recent examples of violent attacks that have shocked the nation. While each was carried out by different assailants under different circumstances, they share a common thread: these events are among many others that are being tracked by the United States Extremist Crime Database, created by John Jay Professor Joshua Freilich.

Developed in collaboration with Steven Chermak, a professor at Michigan State University, Freilich’s work is currently funded through nearly $2.5 million in grants provided by the Office of University Programs at the Department of Homeland Security, and the National Institute of Justice. CUNY notes that the Extremist Crime Database tracks violent attacks, homicides, and financial crimes carried out by extremists inside the United States, with the aim of arming law enforcement with knowledge and best practices that may help prevent a future domestic terrorist attack.

Freilich, a member of the Department of Criminal Justice, focuses his tracking efforts primarily on two distinct groups: Islamic jihadists and extreme-right nationalists. “The way you come into the system is you have to commit either a violent crime or a financial crime and subscribe to an extremist belief system,” said Freilich. In the case of far-right extremism, he said, “We look for indicators that the individual was a far rightist themselves. It could be media reports that someone had a copy of Mein Kampf, maybe a swastika tattoo — something that connects the person to the movement. But we also look for indicators to see if the crime was ideologically motivated, to further the ideology.”

The database shows that since 1990, supporters of jihadist movement have committed 45 fatal events, while far right extremists committed 195 fatal events during the same time frame. In this context, an event means an attack such as a bombing, shooting, or other violent assault that resulted in at least one death. The 9/11 attack, for example, is considered four separate events: attacks on each of the Twin Towers and the Pentagon, and the hijacked plane that crashed in Pennsylvania. Some events tracked by the database, like the 1995 Oklahoma City bombing, resulted in multiple fatalities, while many others resulted in only one death. Far-rightists also committed more than 650 financial crimes during this time frame, while jihadists committed around 180 financial and material support crimes.

The database also tracks violent attacks perpetrated by environmental or animal rights extremists. While these represent a smaller percentage of attacks overall, and only a handful of homicides, eco-terrorists have committed 180 ideologically motivated arsons and bombings since 1995.

Initially, the data lead one to believe that far-right extremists are in fact more dangerous than jihadists because they are responsible for nearly four times as many events. But the data also show that attacks by jihadists have resulted in more overall deaths than those by right wing extremists.

Over 40 percent of all fatal attacks carried out by right-wing extremists targeted racial minorities such as African Americans, Latinos, and Asians. Anti-government attacks represent the second largest share, with roughly 20 percent, with the remainder of attacks targeting other marginalized groups including the LBGT community, abortion rights advocates, homeless people, and religious minorities.

In Freilich’s view, equally important to tracking completed fatal violent attacks by extremist groups is tracking attempts that were prevented by law enforcement. “We think the data could be very useful,” he said, “We can compare successful to unsuccessful attacks to identify what policies and interventions are useful to law enforcement, thus identifying best practices.”

In a new study, Freilich has examined deadly far-right attacks in the context of various preventive measures, interventions, and other terrorist attacks to examine the effect that prior attacks and laws passed to prevent such attacks may have on future events.

“We looked at 15 things,” Freilich said, “including the Patriot Act, Obama’s election in 2008, and the impact of certain al Qaeda attacks, among others.” What he found surprised him: The only measure that had any effect was the Patriot Act, which resulted in a decrease in violent events. Freilich chalks this up to relaxed privacy protections, and increased surveillance by the intelligence community and increased law enforcement resources, among other factors.

“The big takeaway is that a lot of the things that were done to influence or prevent violence had no effect,” he said.

Freilich recently co-authored an article for The New Republic in which he contextualized information from his database to shed light on the Pulse nightclub shooting.

2016 Was a Record-Breaking Year for Renewable Energy