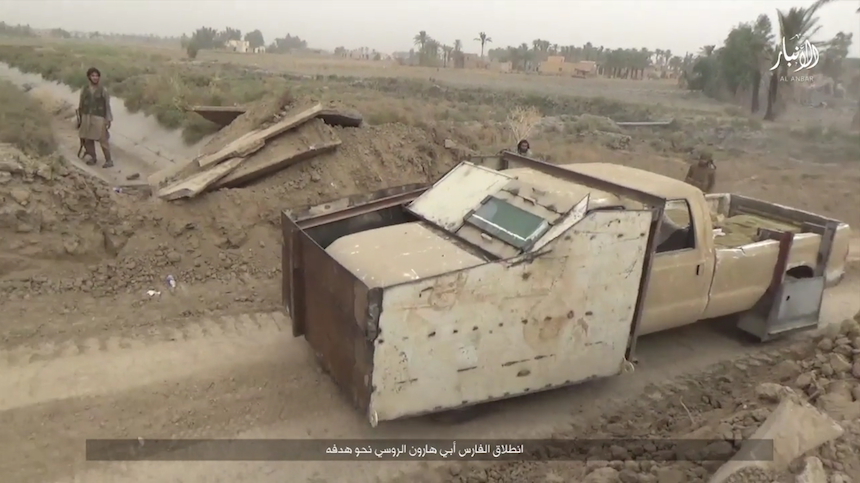 In July of 2016, a refrigerator truck packed with explosives detonated next to a crowded apartment block in Baghdad’s Karrada neighborhood. The blast killed 323 people and was one of the worst Vehicle–Borne Improvised Explosive Device (VBIED also known as car bombs) attacks ever recorded. On 30 May 2017, a VBIED in a tanker truck ripped through the embassy quarter of Kabul, killing more than 150 people. Several embassies, including those of Germany and France, sustained damage despite the presence of blast protection structures.

In recent years, several massive VBIEDs (also known as car bombs) have been thwarted by local security forces throughout hotspots in the Middle East and Asia, and by U.S. coalition forces in Afghanistan.

VBIEDs continue to pose a real and evolving threat to even the most secure compounds. S&T says that the Explosives Division (EXD) of the Department of Homeland Security’s (DHS) Science and Technology Directorate (S&T) has taken measures to address this threat directly.

EXD’s Homemade Explosives (HME) program conducts Large–Scale VBIED testing to mitigate the threat posed by massive car bombs and to ensure such attacks do not occur in the United States. This program is part of S&T’s Homeland Security Advanced Research Projects Agency.

Recently, S&T EXD conducted a series of explosives tests with varying charge sizes to learn more about mitigating these threats, based on the size and composition of the explosive device. These large-scale explosives tests, conducted at Fort Polk, Louisiana, brought together the HME preparation expertise of the U.S. Naval Surface Warfare Center’s (NSWC) Indian Head facility and the live fire testing capability of the U.S. Army Corps of Engineers’ Engineering, Research, and Development Center in Vicksburg, Mississippi.

“Due to the wide variety of types of and materials used to make improvised explosives, we often must use simulations to model the behavior of large scale events. When current methods are no longer effective, we have to conduct controlled real-life events to discover new ways of combatting emerging trends in explosives,” according to HME Deputy Program Manager Dave Hernandez.

The data from the Fort Polk tests will allow us to understand the damage that different types of HME mixes can inflict. Such information on large-scale detonations could not be accurately calculated before these tests were conducted. This information will facilitate the development of new mitigation techniques for larger-scale explosions. The results of these tests will also be detailed in a report for stakeholders and archived for future reference and distribution by the program office.

“The S&T HME Characterization program informs the explosives community on current material threats, explosive characteristics, and any potential data enabling mitigation measures such as the development of detection technologies and support those responsible for safety and security in the blast communities in order to prepare for, and prevent, such an attack in the United States”, said HME Program Manager Elizabeth Obregon.

“The information generated from this testing will aid the Department of Defense and law enforcement communities by revealing data on the impact of a large–scale VBIED, enabling better protection for vulnerable targets. As the HME threat is constantly changing, a continued effort in this area is required in order to provide timely information to those organizations conducting analysis and acquisitions,” Obregon concluded.

S&T notes that, reflecting the DHS “Unity of Effort” goal, these tests included participants from the National Ground Intelligence Center, ERDC, U.S. Navy, Combating Terrorism Technical Support Office, ATF, the Defense Threat Reduction Agency, the Department of State, and other U.S. agencies. The program has also gained visibility within the blast mitigation and effects community as well as the international community.

Colombian Militants Have a New Plan for the Country, and It’s Called ‘Insurgent Feminism’