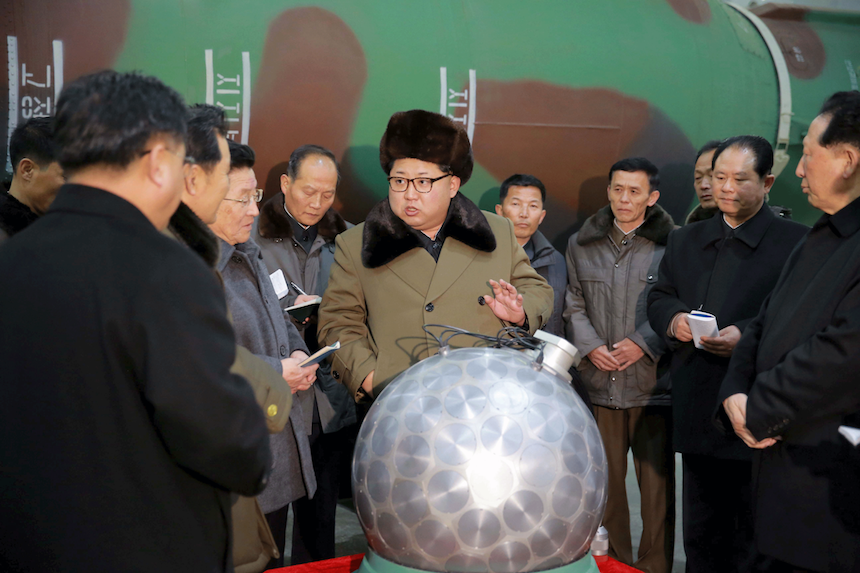 Earlier this month CIA Director Mike Pompeo suggested “the North Koreans have a long history of being proliferators and sharing their knowledge, their technology, their capacities around the world.”

My research has shown that North Korea is more than willing to breach sanctions to earn cash.

Over the years North Korea has earned millions of dollars from the export of arms and missiles, and its involvement in other illicit activities such as smuggling drugs, endangered wildlife products and counterfeit goods.

Still, there are only a handful of cases that suggest these illicit networks have been turned to export nuclear technology or materials to other states.

North Korean technicians allegedly assisted the Pakistanis in production of Krytrons, likely sometime in the 1990s. Krytrons are devices used to trigger the detonation of a nuclear device.

The most significant case was revealed in 2007 when Israeli Air Force jets bombed a facility in Syria. The U.S. government alleges this was an “undeclared nuclear reactor,” capable of producing plutonium, that had been under construction with North Korean assistance since the late 1990s. A U.S. intelligence briefing shortly after the strike highlighted the close resemblance between the Syrian reactor and the North Korean Yongbyon reactor. It also noted evidence of unspecified “cargo” being transported from North Korea to the site in 2006.

More recently, a 2017 U.N. report alleged that North Korea had been seeking to sell Lithium-6 (Li-6), an isotope used in the production of thermonuclear weapons. The online ad that caught the attention of researchers suggested North Korea could supply 22 pounds of the substance each month from Dandong, a Chinese city on the North Korean border.

There are striking similarities between this latest case and other recent efforts by North Korea to market arms using companies “hidden in plain sight.”

The Li-6 advertisement was allegedly linked to an alias of a North Korean state arms exporter known as “Green Pine Associated Corporation.” Green Pine and associated individuals were hit with a U.N. asset freeze and travel ban in 2012. The individual named on the ad was a North Korean based in Beijing formerly listed as having diplomatic status. As was noted when the Li-6 story broke, the contact details provided with the ad were made up: The street address did not exist and the phone number didn’t work. However, prospective buyers could contact the seller through the online platform.

This case – our most recent data point – raises significant questions. Was this North Korea testing the water for future sales? Does it suggest that North Korea may be willing to sell materials and goods it can produce in surplus? Was the case an anomaly rather than representative of a trend?

A supplier in search of markets?

In the few public statements North Korea has made on the issue, it has generally denied that it will seek to export nuclear technology.

In 2006, for example, a Foreign Ministry official suggested that the country would “strictly prohibit any threat of … nuclear transfer.” The U.N. sanctions regime would also prohibit the export of nuclear technologies – although North Korea has been happy to defy the U.N. regime since its inception that same year.

Additionally, there have been significant developments in states which were customers, or have been rumored to have an interest, in North Korean nuclear technology in the past.

In other words, it’s unclear who – if anyone – would buy North Korean nuclear technology. However, the nightmare scenario of North Korea selling it to the highest bidder merits consideration.

It would not be the first time that an illicit procurement network turned to sales. Pakistani nuclear scientist A.Q. Khan shifted his attention from procurement for Pakistan’s program in the 1970s and 1980s to sales to Iran, Libya and North Korea in the 1980s, 1990s and 2000s. The efforts of his network saw centrifuge enrichment technology, and even a weapons design, transferred in some of the most damaging transactions ever for the nonproliferation regime.

Following the discovery of the Khan network, the U.N. and others developed better export controls, and capabilities to detect, inspect and interdict shipments. The international community is better prepared; however, many challenges remain in preventing illicit nuclear-related trade.