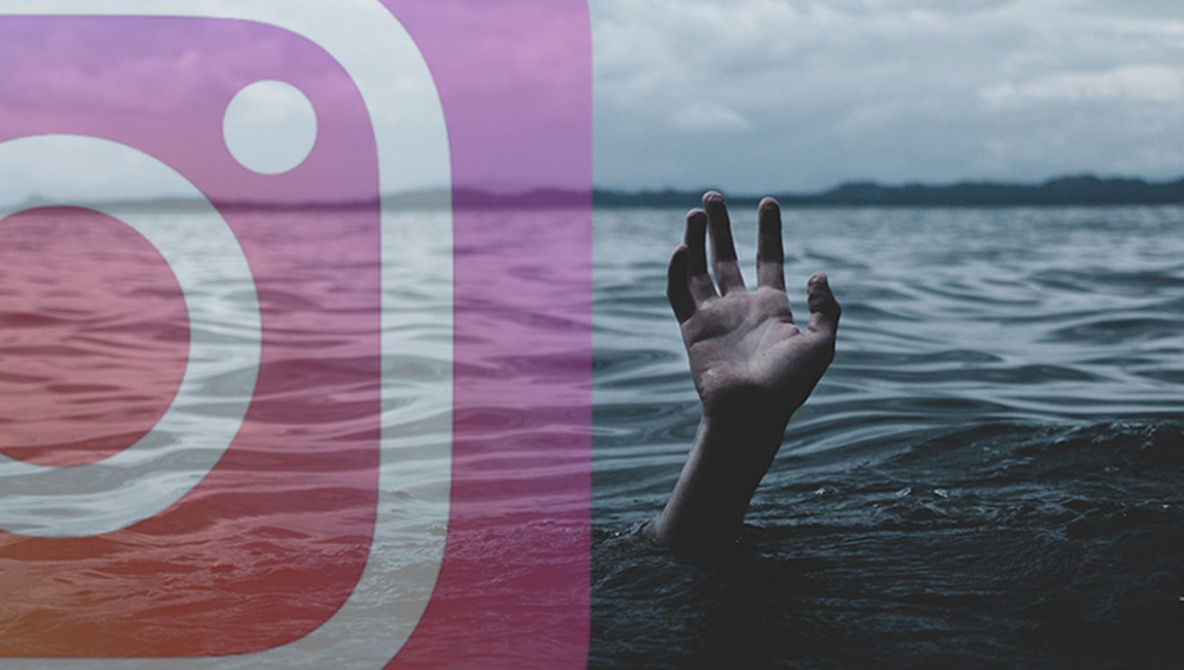 Research has documented the widespread availability of graphic images of self-harm, such as cuttings, on the photo-sharing platform Instagram. After a British father said his 14-year-old daughter had viewed such explicit images on Instagram prior to her suicide, the platform announced that it would no longer allow such graphic images to appear.

But little is known about how often such graphic images reach Instagram’s users and whether they have an effect on viewers.

Now, a new study by researchers at the Annenberg Public Policy Center of the University of Pennsylvania and two European institutions is the first to investigate the relationship between exposure to self-harm on Instagram and subsequent self-harm and suicidality-related outcomes in young adults.

The research, published in the journal New Media & Society, analyzes data from an online survey of young adults conducted at two points a month apart, in May and June 2018, prior to Instagram’s announcement that it would seek to reduce images of graphic self-harm. The two-wave survey was completed by 729 U.S. adults ages 18 to 29. Over 80 percent were women.

Importantly, the researchers found that people who reported having seen self-harm images on Instagram at the first interview were more likely than those who didn’t to report their own self-harm at the second interview. The study also found that exposure to self-harm on Instagram at the first interview predicted higher levels of suicidal ideation and risk for suicide at the second interview. The analysis controlled for prior reports of self-harm.

“Media researchers, suicide experts, and parents have all expressed concern in the past about this explicit content on Instagram,” said the lead author, Florian Arendt, a health communication professor at the University of Vienna. “Our results provide evidence that this concern is justified.”

“The findings suggest that whether the Instagram posts instigate self-harm on their own or not, they do reach vulnerable young people and may play a role in encouraging similar behavior in those who are exposed to them,” said the study’s U.S. author, Dan Romer, research director of the Annenberg Public Policy Center (APPC).

Instagram has more than 1 billion monthly users and over 500 million daily active users, and is one of the most popular social networking platforms among young people. It also has been a publicly available, unrivaled source for regularly uploaded explicit and graphic self-harm depictions. The most common were of mild or moderate injuries, but the depictions also included bleeding flesh wounds caused by cuttings on extremities, the researchers said.

Suicide is the second-leading cause of death among 15- to 29-year olds. While deliberate self-harm “tends to be repetitive and largely non-suicidal,” the researchers said, “it increases the risk of future suicide.”

For this analysis, the researchers conducted surveys with young adults who were recruited from internet gaming sites. The researchers cautioned that the nonrepresentative sample may have been overly selective of people concerned with suicide, since that was disclosed as one purpose of the survey, and therefore the results can’t be generalized to all young people. “Since the survey sample primarily included young women, we could not determine whether the effects were as strong for men,” Romer said.

In February 2019, after the survey was completed, Instagram said it would remove graphic images of self-harm but permit nongraphic images such as healed scars. In a statement at the time, Instagram head Adam Mosseri said removing nongraphic images might inadvertently “stigmatize or isolate people who are in distress,” and keeping them would let people share their stories and potentially help others.

Arendt said, “For Instagram to recognize the potential hazard of self-harm posts is a good and appropriate move. More research will be needed to determine whether self-harm posts that are less graphic also elicit harmful effects, or whether this content could even be helpful to those posting it or to others in distress. It is a complicated issue with no straightforward answer.”

Efforts by Instagram to remove such images may be a challenge given their prevalence on the platform and the need for constant surveillance to detect and remove them. After Instagram’s announcement, there were reports that such posts continued to appear on the platform.

Cycling Lanes, Not Cyclists, Reduce Fatalities for All Road Users

Politicians Walk the Walk, When It Comes to Financial Investments