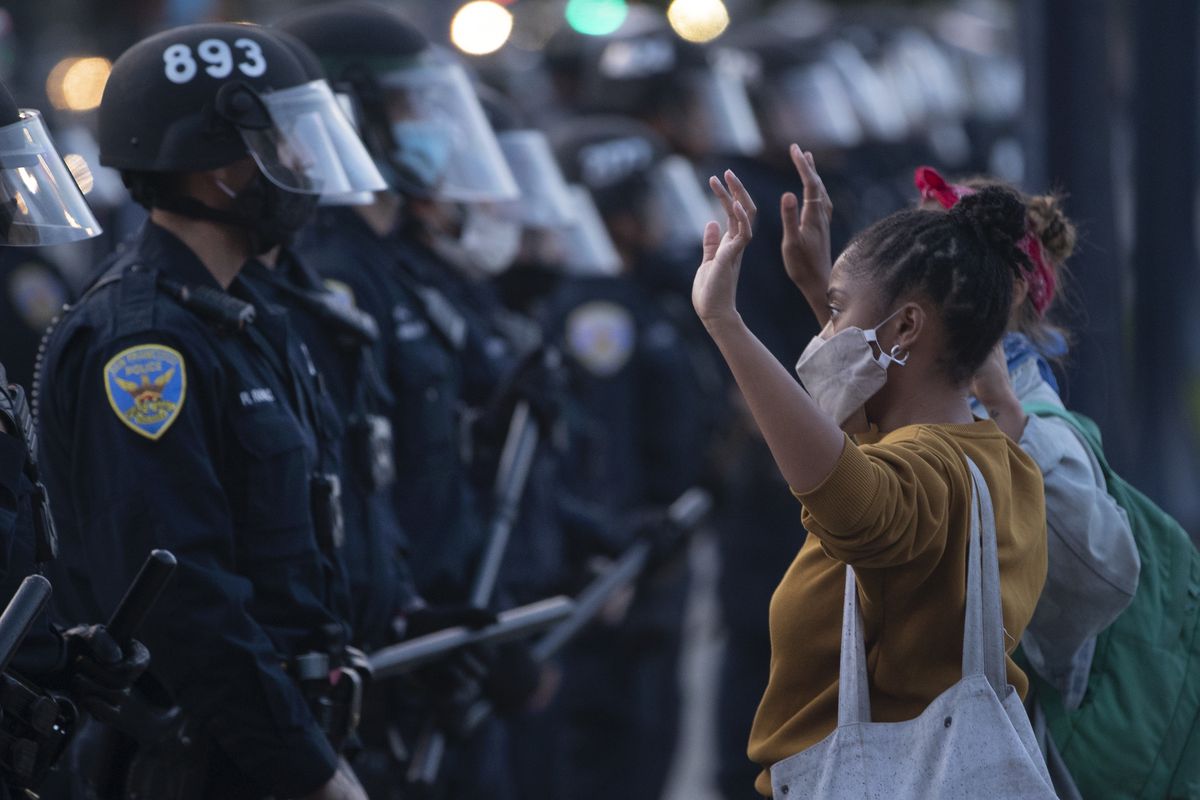 The premature death of George Floyd at the hands of a Minneapolis police officer caught on video May 25 raises questions as to how a call to investigate a person suspected of forgery can end up in tragedy.

In the graphic footage recorded by a bystander, a handcuffed Floyd is on the ground, face-down, and struggles to breathe as one of three officers holding him down forces his knee on Floyd’s neck for several minutes while ignoring pleas from the 46-year-old man and onlookers to stop.

The incident has set off a series of violent protests in Minneapolis, along with demonstrations throughout other U.S. cities, including Phoenix.

While some characterize the incident as another example of brutality and racism in the police ranks, it is often a more complex problem of department culture that leads to such incidents.

Kevin Robinson, a lecturer in the School of Criminology within the Watts College of Public Service and Community Solutions, provides insight into the topic and discusses how department culture can shape the actions of some officers.

Robinson served in the Phoenix Police Department for over 36 years where he rose to the rank of assistant police chief.

QUESTION: When you saw the George Floyd video, as a former police officer, what were you initial thoughts?

ANSWER: Initially, I was horrified. It was clear that Mr. Floyd was under the control of the officers and no longer a threat, provided he ever posed a threat. Clearly, he was distressed and that distress was being ignored. His cries for help were haunting. I realized, the first time I saw the video, that I was watching a man die.

Q: What would you say to those who characterize incidents like these as the actions of rogue, racist cops?

A: I understand their initial characterizations; it’s difficult not to. The nonchalance displayed by the officer with his knee on Mr. Floyd’s neck angered me beyond belief. Personally, I wouldn’t say racist, at least not without having more information about the involved officer/s. I believe it to be more indicative of a sickening culture within the Minneapolis Police Department, a culture where several officers can stand by as such abhorrent behavior takes place and they say or do nothing to stop it. In most instances, when you have a police officer doing something that is wrong, you usually have other officers who step up and put a stop to the behavior immediately. That didn’t happen in Minneapolis.

Q: What role does the culture within a police department play in how officers conduct their duties?

A: It’s huge. It’s what separates great police departments from poor, nonresponsive police departments. If a culture is a permissive one, one where officers look the other way when their fellow officers do bad things, and they don’t speak up — or intervene and stop the behavior — bad things will happen. I believe that’s what we witnessed this past Monday in Minneapolis. When you have police officers who respect the oath that they took, who are proud to represent their profession — they don’t tolerate bad, illegal behavior from their peers.

Q: Even when the police chief communicates expectations to officers within the department, how can she or he make sure that officers all the way down to the lowest level comply with the chief’s intent?

A: Organizational change is one of the toughest things that any police chief can undertake. It’s like turning a battleship around in a bathtub. It can be accomplished, but it will take some time. Police chiefs will have to clearly articulate their vision and lay out a road map of what it will take to get to their desired destination. Then, and most importantly, the chief will have to identify those in the organization that can help him/her follow that road map to its destination. Buy-in from all levels of the organization is critical; then, and only then, will a chief have success.

Q: Are there any other tools police departments can use to ensure officers conduct themselves with professionalism even when under the high stress of the job?

A: The best way to ensure everyone, at every level in a police department, conducts him or herself professionally is to have a clear and consistent set of rules in place and clear and consistent discipline for those who decide not to follow those rules. You cannot equivocate in this area. It needs to be clear that police officers of any rank, who step outside of the rules and regulations of their departments will be met with quick and severe punishment. Also, taking advantage of the technology, such as body-worn cameras can easily ensure officers are performing the way they are mandated to perform.

Q: What can officers do to remain objective despite the stress and negative situations they encounter day in and day out while on the job?

Q: How does the Minneapolis Police Department go forward from here?

A: It’s going to take time and patience. Patience on everybody’s part. Police officers, and not just in Minneapolis, have to understand why there is such frustration and anger surrounding police use of force in this country. Too many unarmed people — especially black males — die at the hands of police officers, and that is unacceptable. Modern police officers and police departments have too many tools at their disposal for such tragedies to occur as often as they do.

Understanding “The Hidden Costs of Police Misconduct” for Cities Nationwide