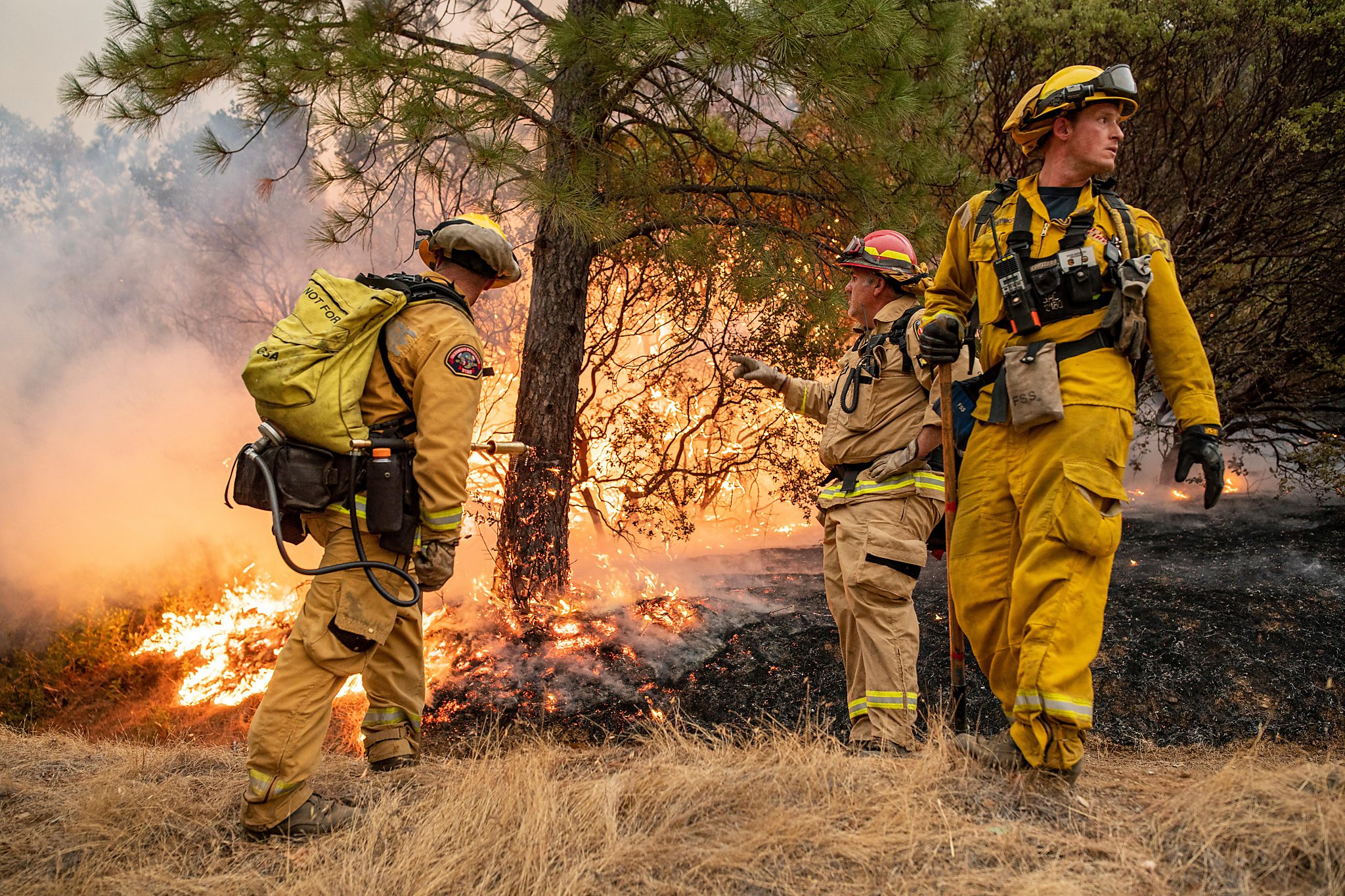 Record-high temperatures this summer mean that the 2021 fire season, which is well underway in several states, is likely to be devastating. As of July 22, 79 large fires and complexes have burned 1,448,053 acres, and more than 21,700 wildland firefighters and support personnel are assigned to wildfires across the United States. Families, businesses and homes are at risk and it’s also taking a huge physical and mental toll on the firefighters battling the blazes.

The U.S. federal government employs nearly 10,000 wildland firefighters, and 70% of all the acres burned in wildfires are located on federal lands. All of America’s wildland firefighters are tasked with preserving and protecting not only the vast and precious natural resources of U.S. parks and federal lands, but the homes and property of the people who live in close proximity to those lands, as well. They also protect critical infrastructure, like power lines and pipelines, that traverse wilderness areas. When this infrastructure is damaged by fire it can and does create massive and costly interruptions to the lives and business of people, many of whom may not live or work anywhere near the wilderness.

The DHS Science and Technology Directorate (S&T) is dedicated to protecting these selfless men and women as they work to protect communities. One of S&T’s main mission focus areas is supporting the development of technologies that vital first responders need to stay safe—that’s why S&T, along with CAL FIRE, the National Fire Protection Association, U.S. Forest Service, the International Association of Firefighters, the International Association of Fire Chiefs, and local Colorado fire departments, contributed to the design and testing of a new Wildland Firefighter Respirator, which is currently being developed by TDA Research, Inc. This has the potential to be a big leap forward in the fight against wildfires.

In order to fight these fires, wildland firefighters trek into undeveloped areas, carrying everything they need to get the job done on their backs, and sometimes without being able to count on a lot of logistical support. As they approach a fire, the smoke can be very thick and some of the byproducts of a wilderness fire are surprisingly toxic. Besides the particulates from smoke, firefighters are subjected to toxic vapors and gases, including high levels of carbon monoxide. It isn’t just a problem of burning trees and plants, the houses, structures and other products of society burn as well, and some of the products of that combustion are even more toxic.

In 2019, the University of California, Berkeley, performed a study that found the firefighters working on the Tubbs Fire in 2017 had significant amounts of mercury, per- and polyfluoroalkyl substances (man-made chemicals that have been used in industry and consumer products worldwide since the 1950s) and other chemicals in their blood. Because a wilderness firefighter needs to limit the load they carry and their need to resupply in the field, they usually rely on a simple bandana over their mouth and nose to help them breathe. The Wildland Firefighter Respirator is designed specifically to bring new technology into a traditionally rugged and stoic environment.

As a result of the respiratory damage sustained during the devastating 2018 Camp Fire in California, for example, many wildland firefighters retired from fighting wildfires, and some had to end their careers fighting structural fires as well.

Unlike first responders who fight structural fires, wildland firefighters are unable to use the current standard respirator systems, which are heavy, limited to 45 minutes of air and are so bulky that they would take up most of their carrying capacity, leaving no room for other tools and supplies.

Since the current standard equipment for respiratory protection is a bandanna, the Wildfire Respirator was designed around a lightweight mask covering just the mouth and nose. Instead of heavy tanks of compressed air that would be bulky, difficult to manage in a wilderness setting, and would need to be frequently changed, it relies on filtration, designed to go a whole shift before needing to be changed.

“Our system pushes clean air to firefighters using a powered blower. It is a chest-mounted unit with HEPA and carbon filters,” said S&T Program Manager Kimberli Jones-Holt. The system connects to the half-mask through a lightweight, flexible breathing hose to provide cool clean air and draws in air from the bottom of the unit to prevent rain or water infiltration.

“The filters were also designed to be inexpensive and easily replaced at $5 to $10 each, a bonus for agencies across the country,” Jones-Holt continued.

Early on, first responders gave S&T feedback that drawing air through the filter system could be tiring while hiking through wilderness areas, so the Wildfire Respirator uses an electric blower to force filtered air to the mask, relying on AA batteries for power.

Kimberli Jones-Holt added, “The system uses regular AA batteries because that’s what is available at every fire camp. It simply wouldn’t be easy for them to recharge reusable batteries.”

During a recent Wildland Respirator evaluation, TDA’s lead engineer asked a veteran wildland expert what impact a wildland respirator would have on him. He responded that “A wildland respirator would be the difference between working fires and not volunteering for them. I decided not to volunteer last season because of how much smoke I ate the year before. It’s one thing when you’re on the front line fighting the dragon, at your limit, not thinking about exposure. But when you’re sitting in your vehicle, on the night shift, in an inversion, eating smoke while on watch, that’s when you realize that it’s not worth the risk.”

Emphasis has been placed on a lightweight, practical system that will not over-encumber the wildland firefighters and therefore discourage widespread acceptance and adoption. The chest-mounted system is only 7”x7”x2” and weighs less than one-and-a-half pounds. This is extremely important since respirators may not be used if they are considered too bulky to carry and too difficult to maintain. “The performer on the contract, TDA Research, is in talks with vendors to find a hose version that doesn’t add tension when firefighters turn their heads,” adds Jones-Holt.

Wildfires remain a growing problem, and the forecast is for this to be a growing and permanent problem. Protecting the health and safety of those willing to put their lives and health on the line to protect us is not only practical, since keeping experienced and qualified firefighters healthy and able to work is crucial to having an effective force to fight wildfires, it also saves long-term medical costs by preventing avoidable chronic disease and, most important of all, it is the right thing to do for people who are out in the field protecting us every day.