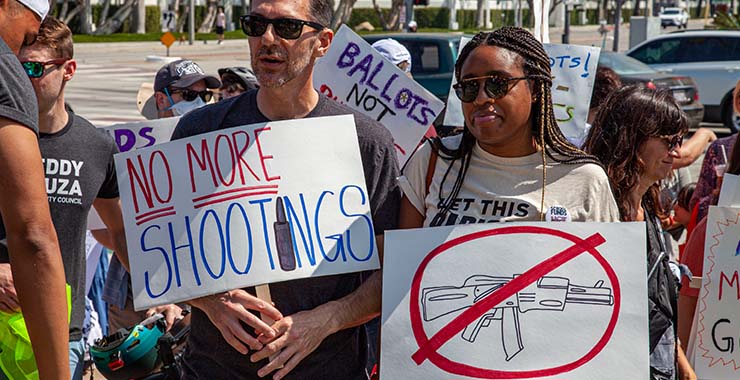 Racially resentful white Americans are less likely to support some gun rights if they believe Black people are exercising those rights more than white people, according to research published by the American Psychological Association.

While Republicans were more likely to make racially biased assumptions about gun rights than white Democrats, anti-Black views had a greater impact on the findings than party affiliation, the study found. The research was published online in the Journal of Experimental Psychology: General.

The study examined only racial resentment toward Black people, expressed as the belief that racial inequities are due to Black Americans not working hard enough to succeed and unfairly receiving entitlements to promote racial equity.

Guns are both symbolically and practically tied to power in the U.S., said lead researcher Gerald Higginbotham, PhD, a postdoctoral research associate at the University of Virginia. “Gun rights are just one of the many rights we have in the United States, like voting, that a large number of white Americans have both knowingly and unknowingly racialized as being for white citizens, and especially not for Black citizens,” he said.

As more people take notice that Black Americans are legal gun owners, too, race and racism may play an increasingly explicit role in debates over gun rights and gun control reforms, Higginbotham said.

Since January 2019, 7.5 million people, or almost 3% of the U.S. adult population, bought guns for the first time, according to a recent study. Black people, who accounted for 20% of the first-time purchases, make up about 12% of the U.S. population.

The current research was made up of three online studies with more than 850 white participants, including one nationally representative sample. In two of the three studies, the participants were equally divided into two groups, with one group reading a real Fox News article accurately reporting that Black Americans were obtaining concealed-carry gun permits at a greater rate than white Americans. The second group read an identical article except the races were reversed, with white Americans obtaining permits faster.

Higginbotham said the findings mirror the racist motives behind historical efforts to limit gun rights for Black people, dating from before slavery to the Jim Crow era and onward to the Mulford Act, a California law approved in 1967. The National Rifle Association, which today opposes most gun control reforms, supported the Mulford Act’s statewide ban on open carry of loaded firearms. The act was spurred by opposition to Black Panther Party members who carried loaded guns in a protest at the California state capitol, and in their neighborhoods, meant to protect residents from police brutality.

The researchers emphasized that their findings don’t support the use of anti-Black racism as a means of building support for gun control reforms. “An attempt to politically weaponize racist beliefs expressed toward Black lawful gun owners would be shortsighted and could dangerously infringe upon the rights of Black people instead of focusing on saving lives from gun violence,” Higginbotham said.

The research did not examine potential intersections between racism and other gun rights or gun control measures, such as bans on assault weapons and high-capacity magazines.

What Are the Seven Virtues of a Healthy Democracy?