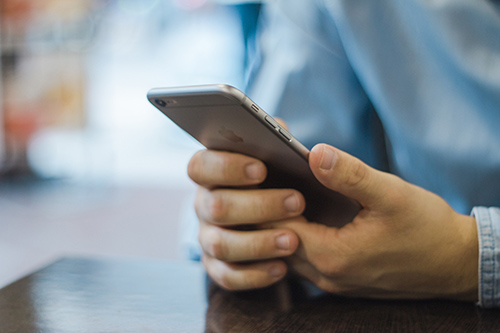 Digital technology companies could reduce the carbon footprint of services like YouTube by changing how they are designed, experts say.

Human-Computer Interaction researchers from the University of Bristol looked at how much electric energy was used to provide YouTube videos to people globally in 2016, to enable them to estimate the service’s carbon footprint in that year.

Their analysis showed it was around 10Mt CO2e (Million Metric tons of carbon dioxide equivalent) – approximately that of a city the size of Glasgow.

These carbon emissions result from servers and networking devices streaming about 1bn hours of YouTube video to user devices each day.

They also assessed the reductions that could be gained by eliminating one example of ‘digital waste’ – namely avoiding sending images to users who are only using YouTube to listen to audio. They estimated such a design intervention could reduce the footprint by between 100-500Kt CO2e annually – the carbon footprint of roughly 30,000 UK homes.

While previous academic studies have identified ways in which Interaction Design could reduce the carbon footprint of digital services, this was the first to quantify the benefits of one such intervention.

“Digital services are an everyday part of our lives,” said lead researcher Chris Preist, Professor of Sustainability and Computer Systems, from Bristol’s Faculty of Engineering.

“But they require significant energy to deliver globally – not only in data centres, but also in networks, mobile networks and end devices – and so overall can have a big carbon footprint.”

Given the increasing focus on corporate greenhouse gas reduction strategies, Professor Preist and his team suggest that Sustainable Interaction Design (SID) has more potential to offer in terms of carbon savings than companies currently explore.

The study used a modelling toolkit developed by the researchers to assess the carbon footprint of such services, and estimate the changes that alternate design decisions can have.

The toolkit allows a researcher to build a model of a digital service which combines data about user behaviour patterns with information about how the service uses the internet. This in turn accesses data on the power consumption of equipment within the internet to allow a statistical model of the overall energy consumption of a service, which can be used to estimate its carbon footprint.

The researchers also showed that current standards used by companies to report carbon emissions do not adequately account for the whole footprint of such digital services, and argued that they should be expanded to do so. Such standards include emissions associated with the delivery of physical goods (e.g. by lorry) but do not include emissions associated with the delivery of digital services over the internet and mobile networks.

“People are aware of the significant amount of energy use of data centres and corporations are increasingly aware of the need to change their practices in light of the challenges that climate change present to humanity and the global ecosystem,” adds Professor Preist. “But for a streaming service such as YouTube, most of the energy is used in the network, particularly the mobile network.

“Given the overall size of the carbon footprint of such services, it is important that companies assess and report them. By doing so, they can identify the carbon savings that can be made by alternative design decisions, and hopefully find ways to reduce their overall footprint.”

The technique can also be used to explore how the footprint of a service might change in the future as customer demand grows, and explore alternative design decisions in response to this.

Dr. Dan Schien, the lead designer of the toolkit, explained ‘We are currently working in partnership with the BBC to understand how the footprint of BBC distribution will change over the next decade as more and more people use the internet in place of traditional broadcast TV.”

Obstacles to Overcome Before Operating Fleets of Drones Becomes Reality