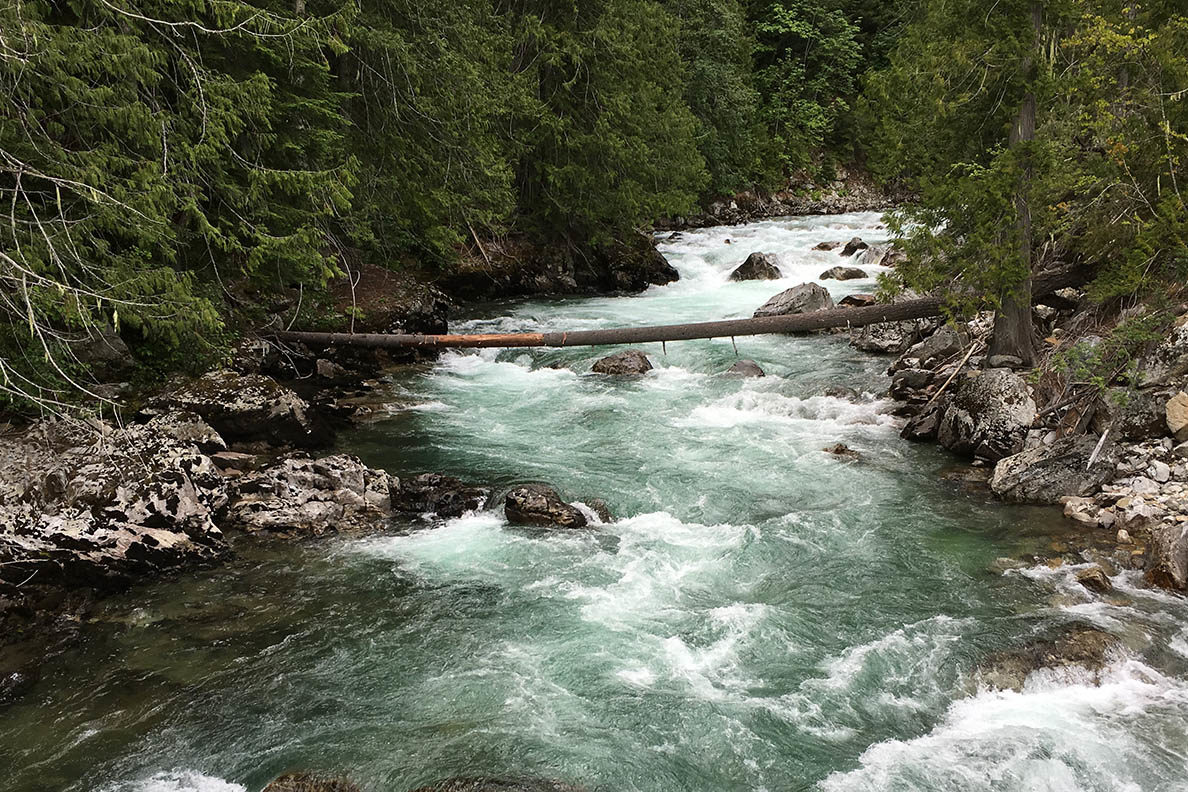 Wildlife need to move to survive: to find food, reproduce and escape wildfires and other hazards. Yet as soon as they leave protected areas like national forests or parks, they often wind up on a landscape that is very fragmented in terms of natural boundaries and human ones.

To help create more corridors for wildlife movement, a team led by Washington State University graduate student Amanda Stahl have developed a way to map not only the vegetation but also the types of legal authority governing the landscape. In a paper published online in the journal Conservation Biology on February 14, the researchers apply their new mapping system to the areas next to streams in Okanogan County in northeastern Washington.

“I am a scientist. I didn’t come to this research expecting to study law, but I realized that all the questions I was asking were about how we can address this problem now without making any new laws,” said Stahl, the lead author on the paper. “If we want to create a network of corridors for wildlife, you have to deal with the question of who has legal authority to act on every single parcel of land.”

Stahl and her co-authors, WSU Associate Professor Alexander Fremier and University of Idaho Law Professor Barbara Cosens, studied habitat maps and dozens of legal documents applying to Okanogan County stream areas. They developed two weighted scales for each area of land, giving them a rating based on the naturalness and another based on the strength of the legal authority governing it. For example, if there were only voluntary recommendations in place to restore the habitat next to the stream that would be a weaker legal authority rating in comparison to wetlands that are protected through mandatory permitting and reporting under the Clean Water Act.

The idea was to use the overlapping values to find a path of least resistance in creating new wildlife corridors. The maps can help organizations prioritize conservation projects and reveal potential areas of coordination to maximize the impact of restoration.

“There are places where if you make the habitat better, you will not only improve that area but also help build a longer corridor,” said Stahl.

The potential of this kind of mapping is already being recognized, and the researchers are in talks with conservation groups and planning officials about mapping larger regions, including the entire state of Washington.

Okanogan County was a good test case, Stahl said, because it stretches from the Rocky Mountain foothills to the Cascades and wildlife, such as black bears and lynx, could benefit from better connectivity between them. The county also has many different types of landowners, including the federal, state and tribal governments as well as private landowners.

The researchers focused on streams since many existing laws already regulate the areas around them, including the Endangered Species Act, the Clean Water Act and Washington State’s Shoreline Management Act and Growth Management Act.

Streams are also good targets for conservation because restoring streamside habitat has advantages not just for terrestrial mammals but for salmon who benefit from shaded water, migratory birds who use riparian areas and for humans who benefit from improved water quality and potentially increased property values on land located on scenic river corridors.

“The more you do along a stream, the more the benefits are multiplied,” Stahl said.

The Verdict Is In: Courtrooms Seldom Overrule Bad Science