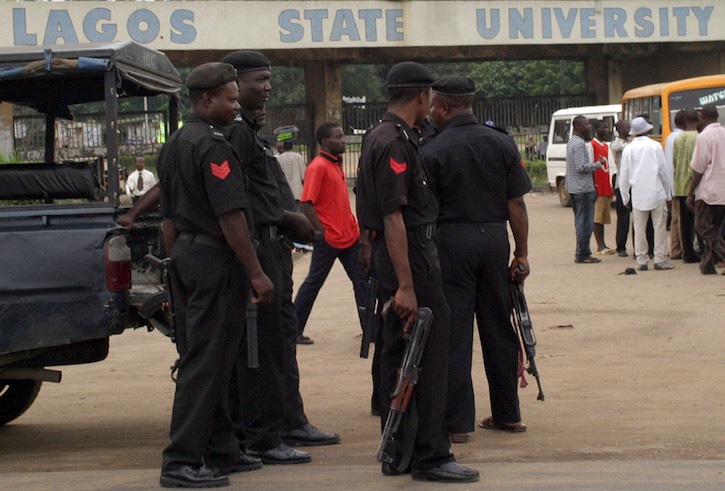 South African universities’ academic year lies in limbo as student protests rage on. The debate about free education won’t end any time soon and students are demanding that “fees must fall”. What many don’t seem to realise is that something else is on the verge of toppling: academic standards.

It’s just a matter of time before universities reach the tipping point into decline. All of the hard work that’s been done to set high standards and establish a good research reputation on the African continent and further afield could be undone.

This is not hyperbole. It’s backed up by universities’ experiences elsewhere in Africa. Once student protests and the politicisation of academia become the norm, quality suffers. Nigeria offers particularly chilling evidence of this, as I’ll explain in this article.

South Africa must urgently come up with sustainable, reasonable solutions for dealing with student protests before it is too late to save the country’s universities from a quality crisis.

No matter what happens in the coming weeks and months, I can say with certainty that student protests are here to stay.

Students constitute a vibrant part of civil society, a natural element of a democratic society such as South Africa’s. Today, the students’ concern is access to decolonised, free and quality education. Later students may turn their attention to something that doesn’t directly relate to their own welfare but that of society at large.

History tells us that students can topple governments. They can drive regime change. In Indonesia, for example, the student movement played an instrumental role in Suharto’s political manoeuvres and eventual takeover of power from President Sukarno in the late 1960s.

The students led protests against Sukarno’s government, even fighting his loyalists on the country’s streets. This eroded public trust in the government, paved the way for impeachment and ushered Suharto into power. Later, students turned on the man they’d supported. Throughout the three decades of his rule, they took Suharto on about corruption and the state of the economy. Eventually students occupied the Indonesian parliament grounds in May 1998 demanding Suharto’s resignation. He resigned a few days later.

This makes sense. Universities are training grounds for future leaders – and that includes political leaders. It’s rather duplicitous to praise students when they demonstrate excellence in science, technology or business that promises a great future, but simultaneously condemn them for political engagement.

It is better to nurture them in the discipline and art of political engagement. They should be groomed for this sort of leadership. Formal classes – at all levels of education, actually – provide an opportunity through which democratic principles and values can be taught.

Other groupings like civil society organisations and political parties could get involved too. They could work with students both in and outside classrooms to impart lessons in political engagement and strategy. These engagements would benefit individuals and society as a whole, grooming a new, disciplined body of leaders.

The contagious effect of student protests

This work is urgent.

The longer that student protests remain unresolved, the more intractable their unintended consequences will become.

One looming crisis point is the future of South Africa’s academics. Some, especially those who are internationally competitive, may decide to take their services to countries with less volatile academic environments.

This could have negative consequences for the country in the long term. In fact, statistics and studies show that Africa is experiencing an alarming exodus of critical human capital that it needs for technological, scientific, and socioeconomic progress. The current protests and consequent suspension of classes or closures of universities will only exacerbate the situation in already-strained sectors such as health.

The flip side is that some academics see a genuine cause in students’ protests. This group is likely to stick it out and even to echo students’ demands. They risk being accused of fomenting trouble against the state; branded as elements that seek to disturb the peace and even dislodge the governing party from power.

Such a view of academics is not new to Africa. Take Nigeria, for instance.

In the years following its independence from Britain, Nigeria enacted pieces of legislation that systematically suppressed free and independent thinking. In his first reign over Nigeria between 1983 and 1985 General Muhammadu Buhari banned the National Association of Nigerian Students. He oversaw the arrests and detention of university students and sympathetic lecturers after students protested about the removal of subsidies on food and accommodation for students.

Buhari’s government also dismissed many academics in Health Sciences faculties across the country for participating in a strike called by the Nigerian Medical Association.

Institutions of higher learning, often because of anti-government protests, were often closed during the 1990s.

The government created the National Universities Commission and tasked it with ensuring Nigerian universities were adequately funded as well as allocating grants from the Federal Government to federally controlled universities. Through a set of decrees passed from 1974 to 1988, the NUC ate away at university senates’ autonomy.

These measures were at least partly based on government suspicions that universities were breeding grounds for secessionist ideas. The government’s interventions robbed Nigerian universities of financial, academic and administrative autonomy. They also contributed to an exodus of academics from the country’s universities – and from Nigeria itself.

The politicisation of academia, then, definitely contributes to a decline in academic standards. This is a situation South Africa must work hard and fast to avoid. Yet, South Africa seems utterly reluctant to look elsewhere on the continent for lessons or learn from others’ experiences.

Two things are needed now: serious engagement and real leadership. Meetings, no matter how heated they get, offer an important space to improve relationships, gain understanding and develop a common approach towards decisively tackling the issue.

The department responsible for higher education must take the lead. Universities, students, the business community, industry and civil society all have a role to play too if South Africa is to find sustainable solutions. After all, this crisis has implications for the whole of society, now and for the future.