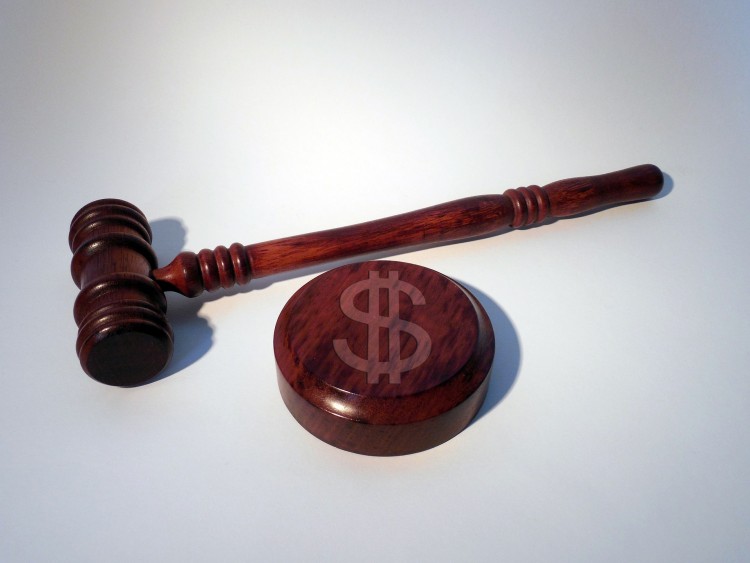 Fines and fees are standard procedure in the criminal justice system — and the greater an accused person’s involvement, from challenging a traffic ticket to a felony conviction, the higher the costs.

What’s more, the entities levying those fines and fees aren’t always the public agencies in charge. Private companies often contract to provide the very services that citizens are required to pay for: a bail bondsman after an arrest, a drug and alcohol assessment for a DUI, phone calls and video chats while in prison. Put simply, these private companies are profiting from a captive population, and at the direction of the government, said Alexes Harris, a University of Washington professor of sociology.

Harris, who is leading a national study of legal financial obligations, has demonstrated the disproportionate impact of court-imposed fines and fees on the poor and on people of color. In Washington state, for example, African Americans are 2.3 times more likely than whites to be sentenced to fines and fees, and carry about three times the debt from unpaid monetary sanctions, according to a preliminary analysis of data that Harris presented last spring with her then-UW colleague Frank Edwards, who is now at Rutgers University.

In a paper published May 13 in the journal Criminology and Public Policy, Harris and two research assistants, Tyler Smith and Emmi Obara, use two Washington state examples as case studies of what they see as the extensive reach of the private sector into an already discriminatory system. One is Seattle Municipal Court’s use of a private fee-collection agency, as well as various penalty expenses associated with a DUI case, such as the installation of an ignition interlock device. The other is the contract between the Washington state Department of Corrections and a prison technology company called JPay, which handles financial accounts for inmates and provides music players and video-chat capabilities.

Both arrangements, Harris said, demonstrate how the private sector is embedded in the system of fines and fees.

“We’re raising the question: To what extent is this more efficient and effective? These kinds of fees — probation fees, private electronic monitoring, DUI services — become barriers to certain individuals who can’t afford to pay,” Harris said. “When you overlay that with private entities who are in the business to make a profit, we should ask: Is there a less expensive way to levy punishments where private entities aren’t making profits off of people?”

In the article, Harris and her colleagues describe how the connection between public and private has grown over time. As tougher crime laws in the late 20th century led to higher inmate populations, a concurrent interest in managing costs led lawmakers around the country to open the door to private prison-management firms. As of 2015, about 126,000 people who were incarcerated were being held in privately run prisons, an 83 percentincrease since 1999.

Other researchers have termed this trend the “corrections-commercial complex,” the offloading of traditionally public responsibilities to private providers in the name of cost savings and revenue generation, and the levying of financial penalties “offender-funded justice.”

In the case of DUIs in Seattle Municipal Court, people may face a series of financial obligations, based on the conditions imposed by a judge. They may be required to post bail; to install an ignition interlock device on their car (and pay a monthly calibration fee); participate in electronic home monitoring; attend Alcohol and Drug Information School; submit to periodic urine tests, and more. These costs can run into the hundreds of dollars — all court-mandated expenses, and all paid to private entities.

It’s not unreasonable for people to have to pay some penalty for their role in a crime, Harris pointed out. But when legal financial obligations far exceed a person’s means — while, at the same time, people who can afford to pay can more easily fulfill their court-mandated requirements — that creates a “two-tiered system of justice.”

“We should consider how to make financial punishments proportionate to the crime and to people’s ability to pay,” she said.

Recently the Washington State legislature passed a bill that amended how legal financial obligations are sentenced. Among the changes S.B. 1783 prospectively eliminated was the interest on fines and fees sentenced, though 12% interest remains on any restitution imposed on defendants. The legislation requires judges to use an existing state law to determine whether a person is indigent for the purposes of imposing and enforcing the collection of legal financial obligations.

In their article, Harris and her colleagues identify a national prison tech firm, JPay, as an example of a virtual monopoly within the walls of a prison. For the Washington state Department of Corrections, JPay manages inmate financial accounts, through which people who are incarcerated can buy items at the prison commissary and pay for phone calls and other services. Transferring money to an inmate’s account from outside carries a fee, as does a transfer from a general account to a special JPay Media Account, which is established strictly for purchasing JPay’s preprogrammed music players, and video chats.

With a contract to provide all the available goods and services, JPay– or any company with such an arrangement — essentially has a monopoly inside the prison, Harris said. There’s no incentive to lower prices, she added.

There are signs of movement on the issue of legal financial obligations. Earlier this year, the U.S. Supreme Court ruled unanimously that the Constitution’s Eighth Amendment, which prohibits excessive fines, fees and forfeitures, along with “cruel and unusual punishment,” also applies to the states. The question, Harris added, is how states will define “excessive.”

In Washington, the state Supreme Court in April ruled that a person’s Social Security benefits could not be used to satisfy legal financial obligations, however courts may still sentence people who receive such benefits to mandatory fines and fees. Previous rulings have defined indigence and how that definition can apply to a person’s ability to pay certain court-imposed fines and fees.

And at the local level, Kitsap County in April and May held “Legal Financial Obligation Reconsideration Days,” when people could appear before a judge and argue for debt forgiveness. An estimated 1,000 turned out.

These sorts of developments can rally people around the issues of legal financial obligations, and the entities that charge and collect them, Harris said.

“These systems force a frequently captive audience, literally and figuratively, to pay these private fees for required court sentences and ways to maintain connections to their families,” Harris said. “Can we have a conversation about punishment that addresses the unequal nature of our system of justice, one that creates a lifelong financial burden for people who are poor, and allows private companies to profit?”