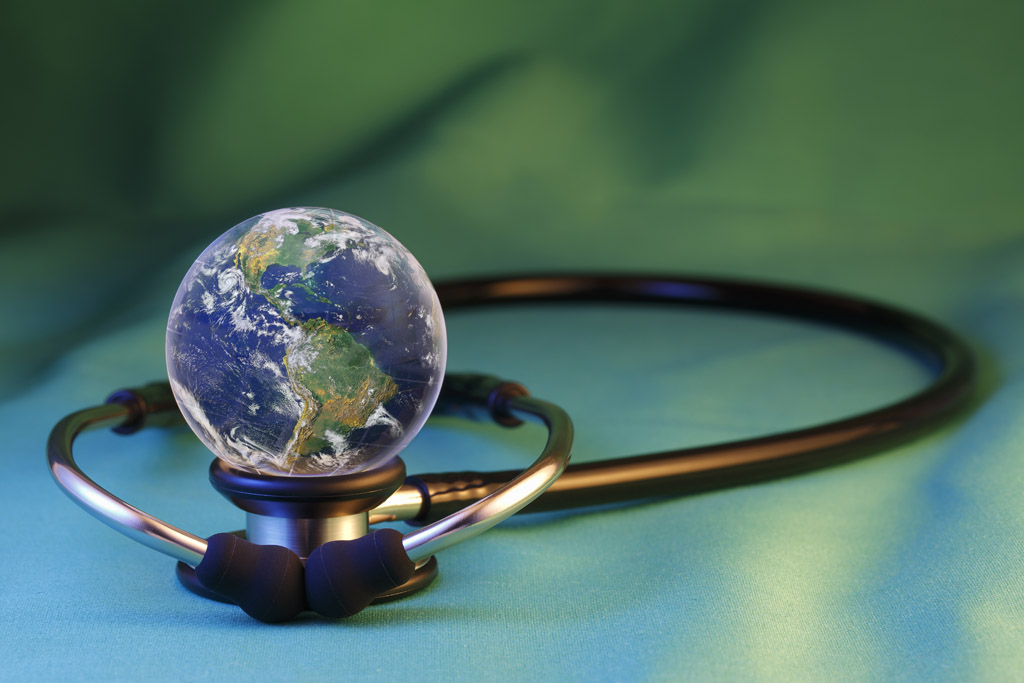 U.S. government aid for treating children and adults with HIV and malaria in developing countries has done more than expand access to lifesaving interventions: It has changed how people around the world view the United States, according to a new study by researchers at the Stanford University School of Medicine.

Compared with other types of foreign aid, investing in health is uniquely associated with a better opinion of the United States, improving its “soft power” and standing in the world, the study said.

Favorability ratings of the United States increased in proportion to health aid from 2002 to 2016 and rose sharply after the implementation of the President’s Emergency Plan for AIDS Relief in 2003 and the launch of the President’s Malaria Initiative in 2005, the researchers report.

Their findings are published in the American Journal of Public Health. The lead author is postdoctoral scholar Aleksandra Jakubowski, PhD, MPH. The senior author is Eran Bendavid, MD, professor of medicine.

The Trump administration, however, has proposed a 23% cut in foreign aid in its 2020 budget, including large reductions to programs that fight AIDS and malaria overseas.

The Stanford researchers believe their study is the first to add heft to the argument that U.S. health aid boosts the “soft power” that wins the hearts and minds of foreign friends and foes.

“Our study shows that investing in health aid improves our nation’s standing abroad, which could have important downstream diplomatic benefits to the United States,” Jakubowski said. “Investments in health aid help the United States accumulate soft power. Allowing the U.S. reputation to falter would be contrary to our own interests.”

Many politicians and economists consider spending U.S. tax dollars on foreign aid as an ineffective, and possibly harmful, enterprise that goes unappreciated and leads to accusations of American meddling in other countries’ national affairs.

The U.S. government, for the past 15 years, has contributed more foreign health aid than any other country, significantly reducing disease burden, increasing life expectancy and improving employment in recipient countries, the authors wrote. Still, this generosity has historically constituted less than 1% of the U.S. gross domestic product.

“Our results suggest that the dollars invested in health aid offer good value for money,” the researchers wrote. “That is, the relatively low investment in health aid (in terms of GDP) has provided the United States with large returns in the form of improved public perceptions, which may advance the U.S. government’s ability to negotiate international policies that are aligned with American priorities and preferences.”

The researchers used 258 Global Attitudes Surveys, based on interviews with more than 260,000 respondents, conducted by the Pew Research Center in 45 low- to middle-income countries between 2002 and 2016.

Their analysis focused on the health sector, which includes several large programs for infectious disease control, but also support for nutrition, child health and reproductive health programs. They compared health aid to other major areas of U.S. investment: governance, infrastructure, humanitarian aid and military aid. They also constructed a database of news stories that mentioned the President’s Emergency Plan for AIDS Relief or the President’s Malaria Initiative by crawling through the online archives of the top three newspapers by circulation in each of the 45 countries.

In contrast, the researchers found, aid for governance, infrastructure, humanitarian and military purposes was not associated with a better opinion of the United States.

Bendavid, an infectious diseases physician and core faculty member of Stanford Health Policy, said that when he set out to conduct this research, he believed it would result “in a resounding thud” — that the “soft power” of health aid would have no impact on public opinion.

“For me, the notion that this program — hatched and headquartered in D.C. — would have impacts among millions in Nairobi and Dakar, seemed farfetched,” Bendavid said. “I was incredulous until all the pieces were in place.”

The Trump administration’s “America First” agenda is calling for significant cuts to global health aid, particularly to the highly successful AIDS relief program, which was established by President George W. Bush. The administration’s budget, released in March, proposed a $860 million cut to the program; the President’s Malaria Initiative is facing a $331 million reduction in federal funding. That’s a decline of 18% and 44%, respectively.

The U.S. contribution to the Global Fund to Fight AIDS, Tuberculosis and Malaria would also decline by 17%, or $225 million, according to the Kaiser Family Foundation.

Yet beyond the reputational damage to the United States, such cuts could be a major setback to improving health outcomes in developing countries, the researchers said. After all, HIV knows no borders, and having more resilient health care systems is instrumental when facing public health crises, such as the Ebola outbreak in the Democratic Republic of Congo, Jakubowski said.

“The most direct impact of cutting the United States’ health aid allocations is the potential to undermine or reverse the progress that has been enabled by U.S. aid in curbing mortality and the spread of disease,” Bendavid said. “However, this study suggests there are also repercussions to the United States: the relationships the U.S. has built with recipient nations could also be undermined.”