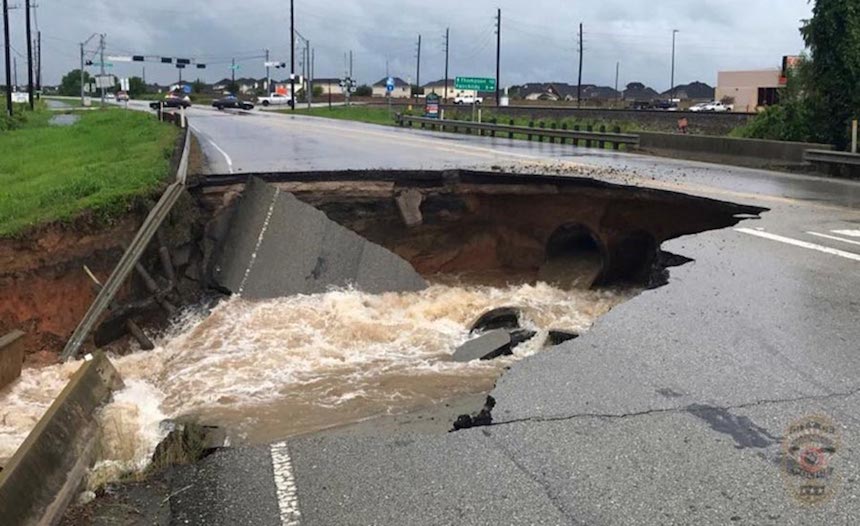 Dr. Joel N. Myers, founder, president, and chairman of AccuWeather, and sometimes called the “father of commercial meteorology,” predicted on Wednesday, 30 August, that “The total losses from this storm would reach $190 billion or one percent of the nation’s gross domestic product (GDP), countering the expected growth in the economy for the rest of this year.”

“This is the costliest and worst natural disaster in American history,” Myers said. “Business leaders and the Federal Reserve, major banks, insurance companies, etc. should begin to factor in the negative impact this catastrophe will have on business, corporate earnings and employment. The disaster is just beginning in certain areas. Parts of Houston, the United States’ fourth largest city, will be uninhabitable for weeks and possibly months due to water damage, mold, disease-ridden water and all that will follow this 1,000-year flood.”

Most economic experts had predicted between the end of August through December there would be economic growth of approximately 0.8 percent. The one percent loss that AccuWeather is predicting will be spread out over the next 12 months, but the bulk of it will occur over the next four months.

The economic growth that had been predicted for the rest of this year will at least be cut in half as a result of the devastation from Hurricane Harvey, according to AccuWeather.

Myers explained that the additional costs beyond the insured losses are uninsured losses, earnings by businesses, lost jobs and salaries, increased cost to consumers across the country due to increased gasoline and heating oil costs directly attributed to the storm, and crop losses in the affected areas. Crop losses will not only be felt by individual farmers, but also by all Americans as a result of the impact on food prices and other perishables due to supply chain interruption.

Catastrophic flooding will continue in Houston, Beaumont, and Port Arthur, Texas, to Lake Charles, Louisiana. Standing water may lead to disease, hazardous mold and other concerns like outbreaks of mosquitoes.

“The meteorologist forecasting community as a whole did a very good job in warning people about this storm. Public officials were slow, in some cases, to react or to know what to do, which affected too many people and caused the loss of property and damage and destruction. This was unfortunate because when a natural disaster threatens, minutes and hours count and preparation and risk avoidance is imperative. While AccuWeather forecasts were a few hours ahead of the competition in alerting people and companies to the severity of the impacts that were coming. The entire meteorological community did a first-rate job, and it’s frustrating that some entities were slow to take action. We are gratified that many people told us because of AccuWeather forecasts they did get to safety and out of harm’s way and many businesses we serve reported they took immediate action to minimize losses,” Myers said.

“AccuWeather cautions that the negative impacts from the storms are far from over. There will be more flooding, damage, fatalities and injuries,” Myers said. “We urge all citizens near the path of Harvey to remain vigilant and be prepared to take immediate action if floodwaters rise.”

Climate Change Is Part of Every Story Now, Including Harvey