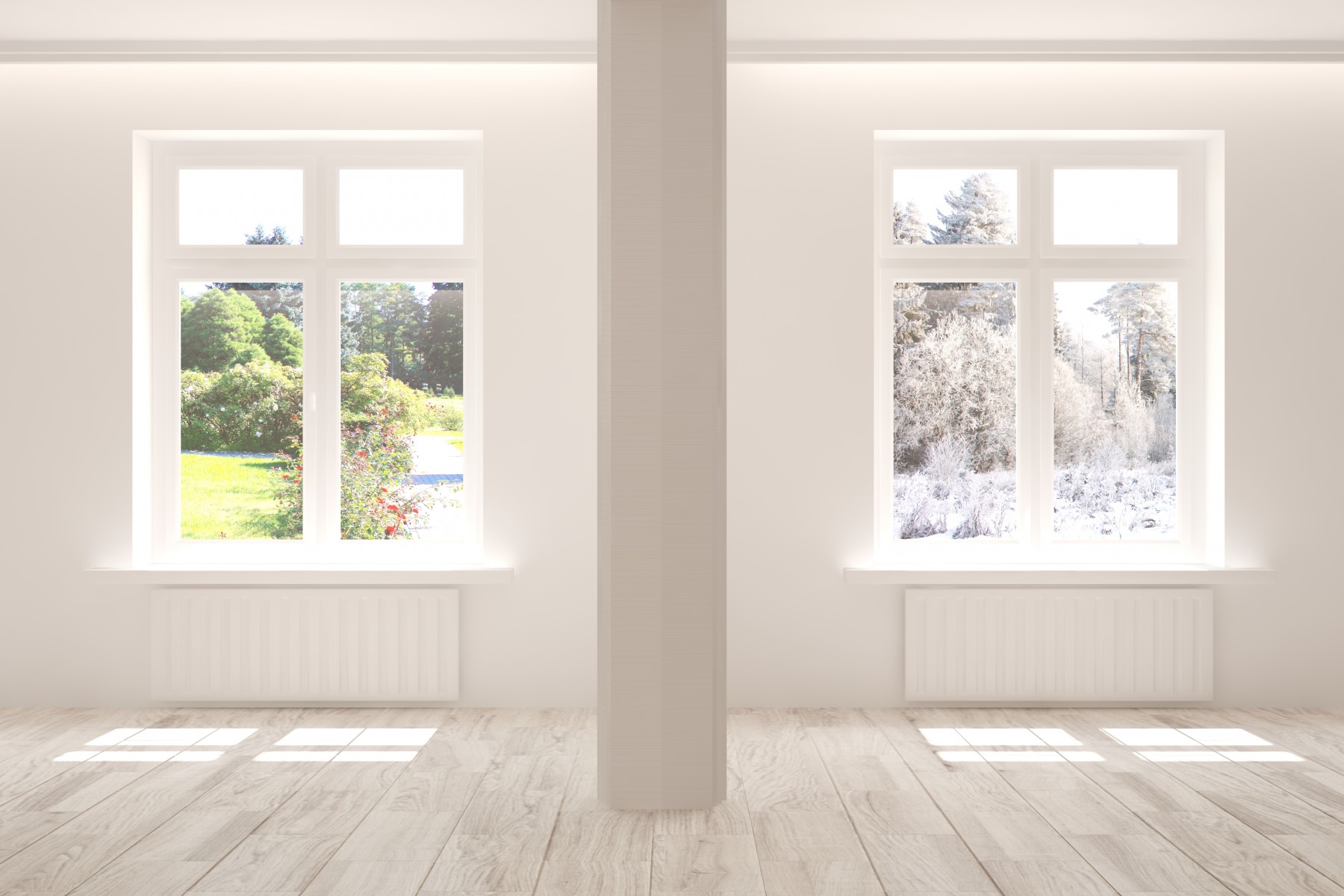 Homeowners know that the type of windows in a house contribute greatly to heating and cooling efficiency. And that’s a big deal—maintaining indoor temperatures consumes great amounts of energy and accounts for 20 to 40 percent of the national energy budgets in developed countries.

New research from the University of Pittsburgh and the University of Oxford takes energy efficient windows a step further by proposing a new “smart window” design that would harvest the sun’s energy in the winter to warm the house and reflect it in the summer to keep it cool. The work was recently published in the journal ACS Photonics and funded as part of the EPSRC Wearable and Flexible Technologies Collaboration.

“The major innovation is that these windows can change according to seasonal needs,” explained Nathan Youngblood, assistant professor of electrical and computer engineering at Pitt and first author. “They absorb near infrared light from the sun in the winter and turn it into heat for the inside of a building. In the summer months, the sun can be reflected instead of absorbed.”

The film is made up of an optical stack of materials less than 300 nanometers thick, with a very thin active layer made of “phase change” materials that can absorb the invisible wavelengths of the sun’s light and emit it as heat. That same material can be “switched” so that it turns those wavelengths of light away instead.

“Importantly, visible light is transmitted almost identically in both states, so you wouldn’t notice the change in the window,” Youngblood noted. “That aesthetic consideration is critical for the adoption of green technologies.”

The material could even be adjusted so that, for example, 30 percent of the material is turning away heat while 70 percent is absorbing and emitting it, allowing for more precise temperature control.

Harish Bhaskaran, professor at Oxford’s Materials Department, who led the research as well as the WAFT consortium said, “Here, we exploit tuning how invisible wavelengths are transmitted or reflected to modulate temperature. These ideas have come to fruition with the aid of our long-standing industrial collaborators, and are the result of long-term research.”

The researchers estimate that using these windows—including the energy required to control the film—would save 20 to 34 percent in energy usage annually compared to double-paned windows typically found in homes.

In order to create and test their prototypes, the researchers worked with Bodle Technologies, a company that specializes in ultra-thin reflective films that can function as displays by controlling color and light, as well as Eckersley O’Callaghan, a leading engineering and architectural firm, and Plasma App, a thin films company.

“This work demonstrates yet another interesting optoelectronic application of Phase Change Materials with the potential to significantly improve our everyday life,” said Peiman Hosseini, CEO of Bodle Technologies. “The commercialization of PCM-based tuneable low-e glass panels still has a number of significant challenges left to overcome; however, these preliminary results prove that the long developmental road ahead is certainly warranted. I believe this technology should be part of any future holistic policy approach tackling climate change.”

Gauging the Resilience of Complex Networks