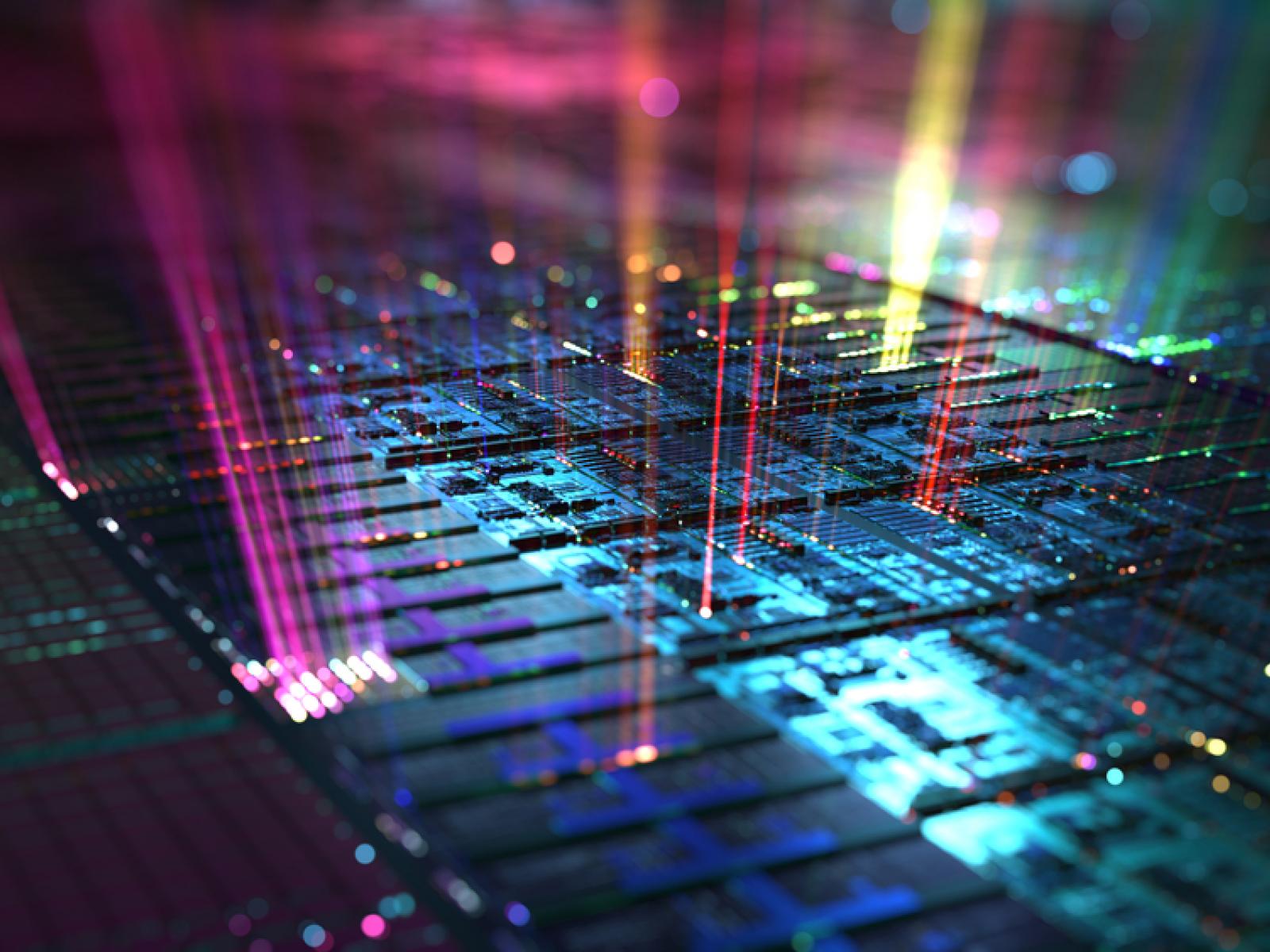 A research team probing the properties of a semiconductor combined with a novel thin oxide film have observed a surprising new source of conductivity from oxygen atoms trapped inside.

Scott Chambers, a materials scientist at the Department of Energy’s Pacific Northwest National Laboratory, reported the team’s discovery at the Spring 2022 meeting of the American Physical Society. The research finding is described in detail in the journal Physical Review Materials.

The discovery has broad implications for understanding the role of thin oxide films in future semiconductor design and manufacture. Specifically, semiconductors used in modern electronics come in two basic flavors—n-type and p-type—depending on the electronic impurity added during crystal growth. Modern electronic devices use both n- and p-type silicon-based materials. But there is ongoing interest in developing other types of semiconductors. Chambers and his team were testing germanium in combination with a specialized thin crystalline film of lanthanum-strontium-zirconium-titanium-oxide (LSZTO).

“We are reporting on a powerful tool for probing semiconductor structure and function,” said Chambers. “Hard X-ray photoelectron spectroscopy revealed in this case that atoms of oxygen, an impurity in the germanium, dominate the properties of the material system when germanium is joined to a particular oxide material. This was a big surprise.”

Using the Diamond Light Source on the Harwell Science and Innovation Campus in Oxfordshire, England, the research team discovered they could learn a great deal more about the electronic properties of the germanium/LSZTO system than was possible using the typical methods.

“When we tried to probe the material with conventional techniques, the much higher conductivity of germanium essentially caused a short circuit,” Chambers said. “As a result, we could learn something about the electronic properties of the Ge, which we already know a lot about, but nothing about the properties of the LSZTO film or the interface between the LSZTO film and the germanium—which we suspected might be very interesting and possibly useful for technology.”

A new role for hard X-rays

The so-called “hard” X-rays produced by the Diamond Light Source could penetrate the material and generate information about what was going on at the atomic level.

“Our results were best interpreted in terms of oxygen impurities in the germanium being responsible for a very interesting effect,” Chambers said. “The oxygen atoms near the interface donate electrons to the LSZTO film, creating holes, or the absence of electrons, in the germanium within a few atomic layers of the interface. These specialized holes resulted in behavior that totally eclipsed the semiconducting properties of both n- and p-type germanium in the different samples we prepared. This, too, was a big surprise.”

The interface, where the thin-film oxide and the base semiconductor come together, is where interesting semiconducting properties often emerge. The challenge, according to Chambers, is to learn how to control the fascinating and potentially useful electric fields that forms at these interfaces by modifying the electric field at the surface. Ongoing experiments at PNNL are probing this possibility.

While the samples used in this research do not likely have the immediate potential for commercial use, the techniques and scientific discoveries made are expected to pay dividends in the longer term, Chambers said. The new scientific knowledge will help materials scientists and physicists better understand how to design new semiconductor material systems with useful properties.

From Banking to Sports to Vodka, Russia’s Isolation Grows