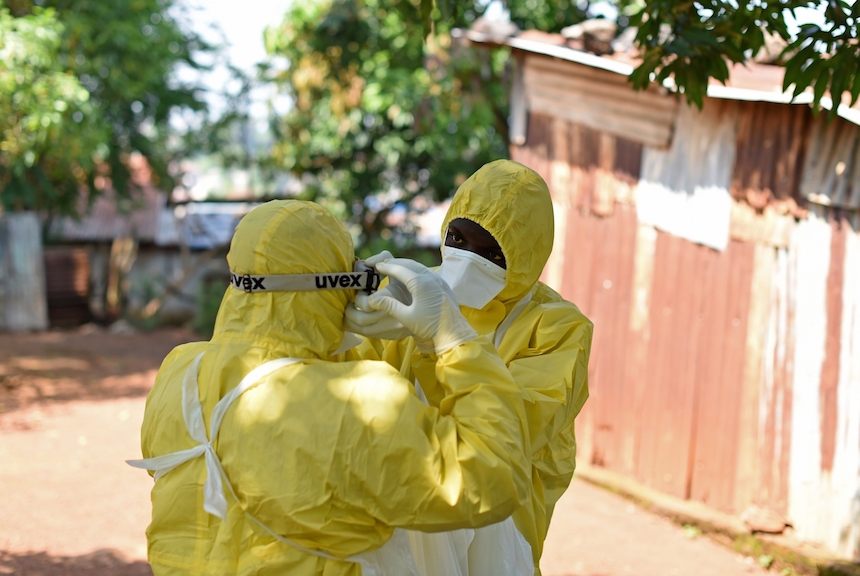 A new study about the overwhelming importance of “superspreaders” in some infectious disease epidemics has shown that in the catastrophic 2014-15 Ebola epidemic in West Africa, about 3 percent of the people infected were ultimately responsible for infecting 61 percent of all cases. The issue of superspreaders is so significant, scientists say, that it’s important to put a better face on just who these people are. It might then be possible to better reach them with public health measures designed to control the spread of infectious disease during epidemics.

Findings were reported this week in Proceedings of the National Academy of Sciences.

OSU says that the researchers concluded that Ebola superspreaders often fit into certain age groups and were based more in the community than in health care facilities. They also continued to spread the disease after many of the people first infected had been placed in care facilities, where transmission was much better controlled.

If superspreading had been completely controlled, almost two thirds of the infections might have been prevented, scientists said in the study. The researchers also noted that their findings were conservative, since they only focused on people who had been buried safely.

This suggests that the role of superspreaders may have been even more profound than this research indicates.

The research was led by Princeton University, in collaboration with scientists from Oregon State University, the London School of Hygiene and Tropical Medicine, the International Federation of Red Cross and Red Crescent Societies, the Imperial College London, and the National Institutes of Health.

The concept of superspreaders is not new, researchers say, and it has evolved during the 2000s as scientists increasingly appreciate that not all individuals play an equal role in spreading an infectious disease.

But there’s less understanding of who and how important these superspreaders are.

“In the recent Ebola outbreak it’s now clear that superspreaders were an important component in driving the epidemic,” said Benjamin Dalziel, an assistant professor of population biology in the College of Science at Oregon State University, and co-author of the study.

“We now see the role of superspreaders as larger than initially suspected. There wasn’t a lot of transmission once people reached hospitals and care centers. Because case counts during the epidemic relied heavily on hospital data, those hospitalized cases tended to be the cases we ‘saw.’

“However, it was the cases you didn’t see that really drove the epidemic, particularly people who died at home, without making it to a care center. In our analysis we were able to see a web of transmission that would often track back to a community-based superspreader.”

Superspreading has already been cited in many first-hand narratives of Ebola transmission. This study, however, created a new statistical framework that allowed scientists to measure how important the phenomenon was in driving the epidemic. It also allowed them to measure how superspreading changed over time, as the epidemic progressed, and as control measures were implemented.

The outbreak size of the 2014 Ebola epidemic in Africa was unprecedented, and early control measures failed. Scientists believe that a better understanding of superspreading might allow more targeted, and effective interventions, instead of focusing on whole populations.

“As we can learn more about these infection pathways, we should be better able to focus on the types of individual behavior and demographics that are at highest risk for becoming infected, and transmitting infection,” Dalziel said.

Researchers pointed out, for instance, that millions of dollars were spent implementing message strategies about Ebola prevention and control across entire countries. They suggest that messages tailored to individuals with higher risk and certain types of behavior may have been more successful, and prevented the epidemic from being so persistent.