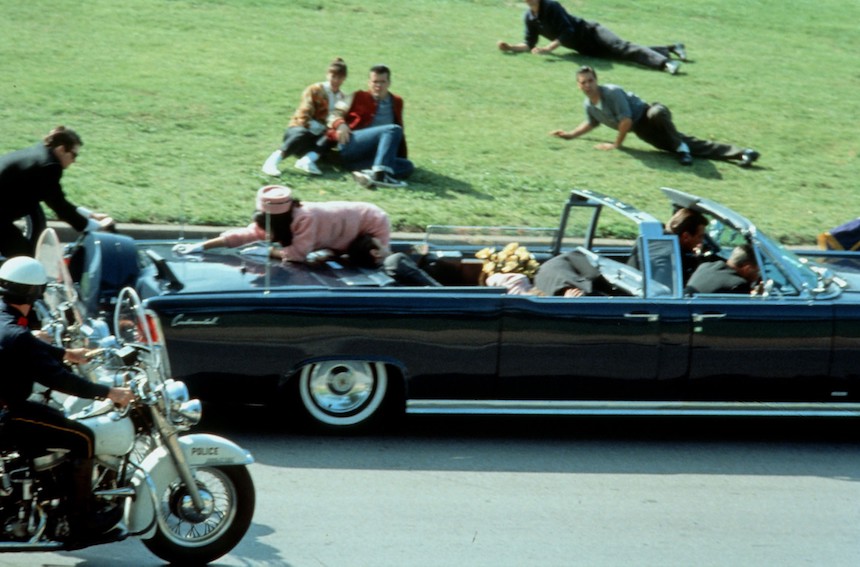 The long-held conspiracy theory that John F. Kennedy was shot by a second gunman on the grassy knoll is wrong, according to a new analysis of video footage of the shooting, published in the journal Heliyon. The results support the official autopsy findings: JFK suffered a gunshot wound caused by the same type of rifle as that owned by Lee Harvey Oswald, fired from the vicinity of the Texas School Book Depository building located behind the motorcade.

U.S. President John F. Kennedy was assassinated on November 22nd, 1963, while riding in a presidential motorcade at Dealey Plaza, in Dallas, Texas. Lee Harvey Oswald was arrested shortly after the shooting. A now widespread conspiracy theory posits that JFK was actually shot from a different location – the grassy knoll.

Dr. Nicholas Nalli, the author of the study and Senior Research Scientist at IMSG, Inc. in the US, has been interested in the assassination since he was a child, and believes it is still worthy of investigation today. “The classified JFK files were recently released, and the fate of a few remaining files will soon be decided,” he said. “Given the current trendiness of news that are not based on facts, the study shows that thorough scientific investigation can make a difference in supporting one theory over another, and I therefore believe that the topic is as relevant today as it was nearly 55 years ago.” he said.

There were several video recordings of the incident, and one in particular shows the shooting in detail. The Zapruder film shows the President’s head moving back and to the left, which Dr. Nalli soon realized was due to a recoil effect.

But he also noted that observers had missed one vital part of the evidence: the forward head snap at the moment of the fatal bullet impact. When analyzed using fundamental classical mechanics, the forward head snap, which is visible in the Zapruder film, provides proof that JFK was shot in the head from behind.

“Rather than gloss over this fact, as has been done by most previous authors, including anti-conspiracy authors, I chose to study and model it explicitly,” said Dr. Nalli.

He developed a simple one-dimensional gunshot wound dynamics model to explain the movements observed in the film. The model makes explicit calculations of the forward head snap that occurred before JFK’s head moved back and to the left after the gunshot. To do this, the model uses known parameters from the crime scene, including bullet mass, speed, and diameter, camera shutter frequency and autopsy measurements. This is the first time this aspect of the case has been considered so thoroughly and quantitatively.

The calculations show quantitatively that JFK’s reactions after being shot in the head, as seen in the film, are physically consistent with a gunshot wound caused by a high-energy Carcano military rifle (the evidence rifle owned by Lee Harvey Oswald) fired from the vicinity of the Texas School Book Depository building (where Mr. Oswald worked) located behind the motorcade.

The findings do not entirely rule out a conspiracy, but they do refute the most prominent theories that the fatal shot was fired from the grassy knoll. They also oppose the idea that the Zapruder film proves a conspiracy – in fact, the opposite appears to be true.

“I found that the Zapruder film shows President Kennedy being shot from behind and not from the infamous grassy knoll, in corroboration of the official autopsy findings – that’s the only ‘smoking gun’ in the film,” said Dr. Nalli. “The historical fact of the matter is that the US federal government investigations were comprised of upstanding civil servants of high ethical standards who, in spite of difficult circumstances, by-and-large got the basics of the case correct.”

The models presented in the Heliyon paper were developed to apply to the Kennedy assassination, but it could have wider applications: the underlying physical principles could form a basic conceptual basis for understanding the wounding mechanisms involved in similar dynamics.