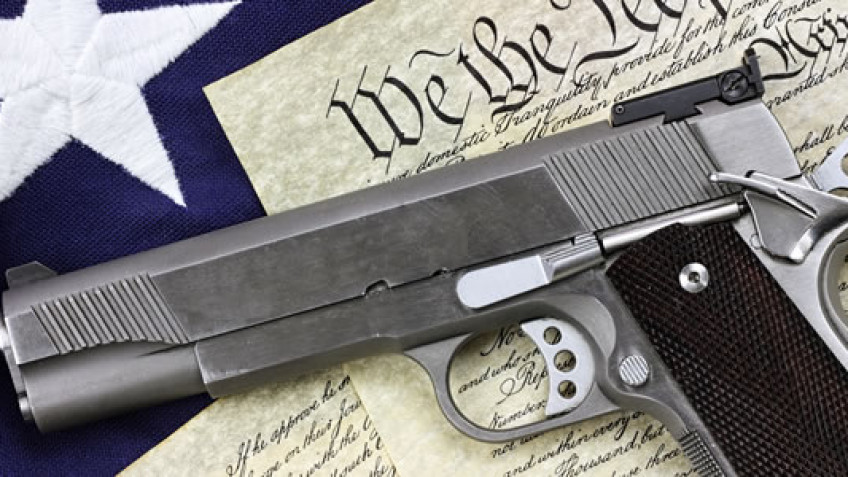 One third of United States Armed Forces Veterans store at least one firearm loaded with ammunition and unlocked, according to a new study published in the American Journal of Preventive Medicine that reports on the first survey of a nationally representative sample of this group regarding storage practices. Unsafe firearm storage practices appeared to be strongly related to perceptions about the need to keep firearms for protection. This easy access to lethal means increases suicide risk in an already vulnerable population.

“We know that nearly half of all U.S. Veterans have firearms, and like many non-Veteran adults, it is common for them to store at least one gun loaded and unlocked. The challenge we uncovered, although I think we already suspected this, is that firearm safety practices are strongly related to whether individuals keep their firearms for protection,” explained lead investigator Joseph A. Simonetti, MD, MPH, Assistant Professor at the University of Colorado School of Medicine, Denver, CO, USA. “We recommend that VA providers work on communication strategies to enable Veterans to make informed decisions about firearm safety by balancing the perceived benefits of firearm access against the thoroughly demonstrated risks of that access for those with elevated suicide risk.”

The survey was completed by 3,949 US adults, of whom 561 were US Veterans who own firearms. The prevalence of unsafe firearm storage ranges substantially within the group surveyed, from 9 percent to 65 percent, across individual, household, and firearm ownership characteristics, and is strongly related to other firearm-related behaviors (e.g., carrying handguns), reasons for firearm ownership (e.g., protection versus other), number of firearms owned, and perceptions about the utility of guns stored safely and whether guns make homes safer.

Storing a firearm loaded and unlocked was more common among Veteran firearm owners who:

This data was also analyzed by gender, presence of children in the household, urban vs. rural setting, service era, type of firearm and permit, and storage approach and location.

“This information would be informative for the Veterans Health Administration (VHA) initiatives aiming to address the high burden of suicide among all Veterans, including those not receiving VHA healthcare,” said Dr. Simonetti.

With Veterans accounting for nearly one in five adult suicides and two of every three Veteran suicides firearm-related, the study has important implications for the VHA. Suicide prevention is a leading clinical priority within the VHA and reducing access to common and highly lethal methods of suicide is considered essential to preventing suicide. Therefore, the VHA is expanding its efforts to promote firearm safety by developing materials to support lethal-means safety counseling by VHA providers and by distributing firearm-locking mechanisms to at-risk patients.

Previous studies had not comprehensively described firearm storage practices among a nationally representative sample of the overall or VHA-enrolled Veteran population. Studies assessing firearm-related risk perceptions in the general population have shown that only 6 percent of firearm owners agree that household firearms increase suicide risk, and that the intensity of such beliefs, along with reasons for ownership, are related to how firearms are stored. How these beliefs relate to storage practices has not been assessed among Veterans.

If Military Robot Falls, It Can Get Itself Up