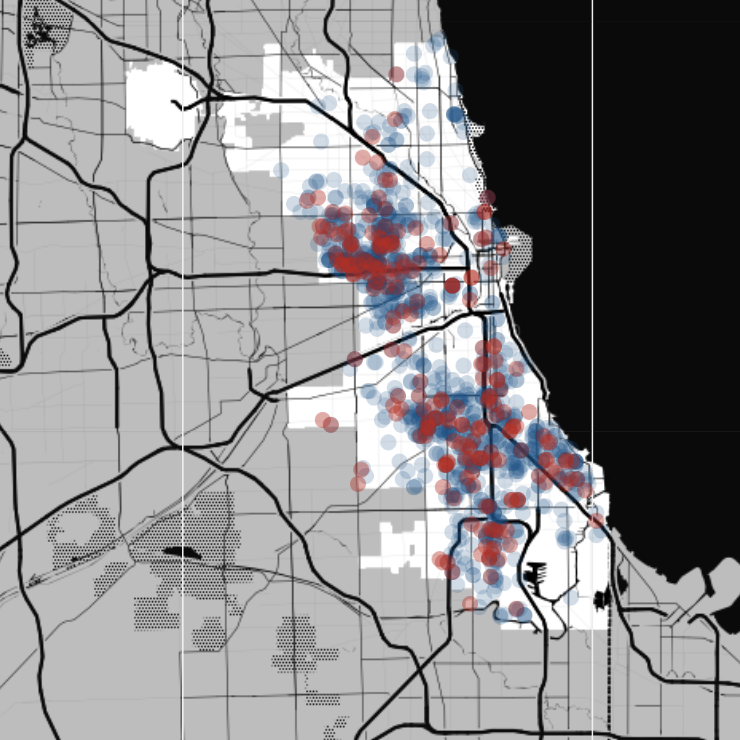 It happens all too often each summer: yet another litany of weekend shootings in Chicago appears in the news.

A new Arizona State University and Purdue University research study has come out that examines this phenomenon. In it, the authors sifted through data on almost six million reported crimes in Chicago between 2001 to 2014 to try to tease out factors that might promote or suppress various types of crime.

“The results were interesting,” said Sherry Towers, a research professor within the Simon A. Levin Mathematical, Computational and Modeling Sciences Center at the ASU School of Mathematical and Statistical Sciences. “We found that most types of crime in Chicago had very distinct patterns by time of year, time of day, weekday and even holidays.”

The research team, which included Siqiao Chen, Abish Malik and David Ebert from Purdue University’s VACCINE Department of Homeland Security Center of Excellence, published their findings in the latest online edition of PLOS ONE.

For batteries and aggravated assaults, the weekday pattern was particularly pronounced with a large peak on Friday and Saturday. Friday paydays were also correlated with higher battery and assault rates.

“People are often out and about on the weekend,” said Towers, “interacting with a greater variety of people than they typically do on a weekday. Importantly, especially on Friday and Saturday nights, alcohol is likely to be involved and that can increase aggression.”

“The confluence of hot summer days and weekends is thus a perfect storm that results in spates of shootings,” said Towers. Conversely, the authors found rainy and windy days tended to suppress crime. “People simply don’t want to go out in bad weather.”

The authors are experts in the field of “predictive analytics” for policing. “If you can tell police where and when to focus their resources, it empowers them with information to be more effective and reduce crime,” said Ebert. “There are natural time patterns to human activity, but they vary at the neighborhood level so it is important to pick those out and equip officers with this information. We just don’t want to put the cops on the dots but put the right officers in the right location at the right times to be on the lookout for certain activities.”

The authors note that while Chicago shootings dominate the news, the per capita rate of shootings in Chicago is actually lower than several other American cities. “Chicago isn’t even in the top 5,” said Towers. “Cities like St. Louis, Baltimore and New Orleans have much higher rates. But, Chicago has a much larger population, which means that even though its rates are lower than those other cities, the sheer numbers are higher, and that body count is what catches people’s attention. Moreover, patterns based on weather and time of day are important in all communities, even small towns.”

The authors also found that holiday effects are important to many types of crime. Aggressive crime goes down significantly on Christmas and Thanksgiving, for example. “Even criminals take time off to spend with family,” said Towers.

High on the Highway -- Stoned-Driving on the Increase