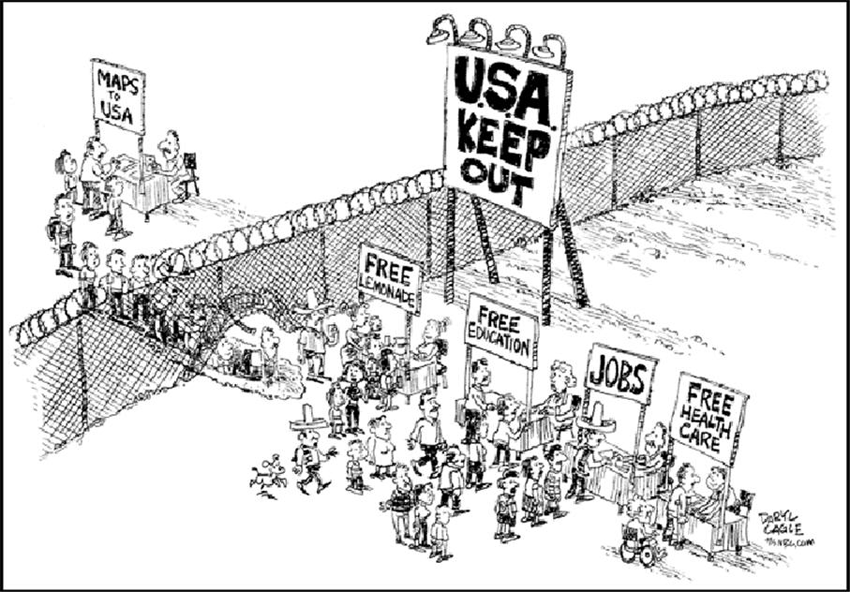 Last Wednesday the United States Court of Appeals for the Second Circuit court in Manhattan ruled that some immigrants who are waiting for deportation cases to be heard, could not be held in detention longer than six months without a bail hearing.

The court ruling addressed cases of immigrants who were convicted of crimes serious enough to be a cause for deportation. Until the court ruling, there was no time limit on how long immigrants who committed removable offenses could be held while awaiting an immigration hearing.

The decision could affect thousands of immigrants around the country.

The New York Times notes that the decision by the federal appeals court followed a similar ruling last week in the United States Court of Appeals for the Ninth Circuit in California. The two decisions thus align detention rules in the nation’s largest immigrant centers.

“We join the Ninth Circuit in holding that mandatory detention for longer than six months without a bond hearing affronts due process,” wrote Judge Barrington D. Parker in the decision by the Second Circuit’s three-judge panel.

Legal analysts say the decision means that the government, in requesting extended detention, would have to argue that a non-citizen is a flight risk or a danger to the community.

Alisa Wellek, the executive director of the Immigrant Defense Project, a legal advocacy group in New York, told the Times that the two federal appeals courts had “sent a clear message” to the government not to let immigrants stay in detention indefinitely while they pursue legitimate cases against deportation.

The federal appeals court in Manhattan ruled in the case of Alexander Lora, a lawful permanent resident who came to Brooklyn from the Dominican Republic when he was nearly 7 years old. He was convicted in 2010 for cocaine possession, and was sentenced to 5-years of supervised probation. He was never sentenced to jail time, and had not violated his probation. Still, in November 2013, agents for Immigration and Customs Enforcement (ICE) arrested him.

Lawyers from the Brooklyn Defender Services petitioned for a bail hearing and he was released after five-and-a-half months on $5,000 bond, but not before he lost his job and his son, who was placed in foster care. The Second Circuit decision noted he would have been held longer than six months without winning that earlier bail decision.

The Second Circuit found that the government did have a right to detain him, but since his immigration case is not scheduled until 2018, it was unreasonable for him to be detained until 2018 unless he posed a threat to the community or was a flight risk.

Alina Das, a co-director of the Immigrant Rights Clinic at New York University School of Law, who supervised Lora’s appeal, told the Times that despite the criminal court having long ago resolved his case, Lora’s detention was like double jeopardy. “Immigrants every day are experiencing this second punishment in the form of being detained and being told they can’t seek a bond hearing,” she said.

Now, she said, for those facing prolonged detention, at least this ruling “puts a limit on it.”

DNA identification may not be as reliable as previously thought

Leading tech companies get failing grade for their privacy policies