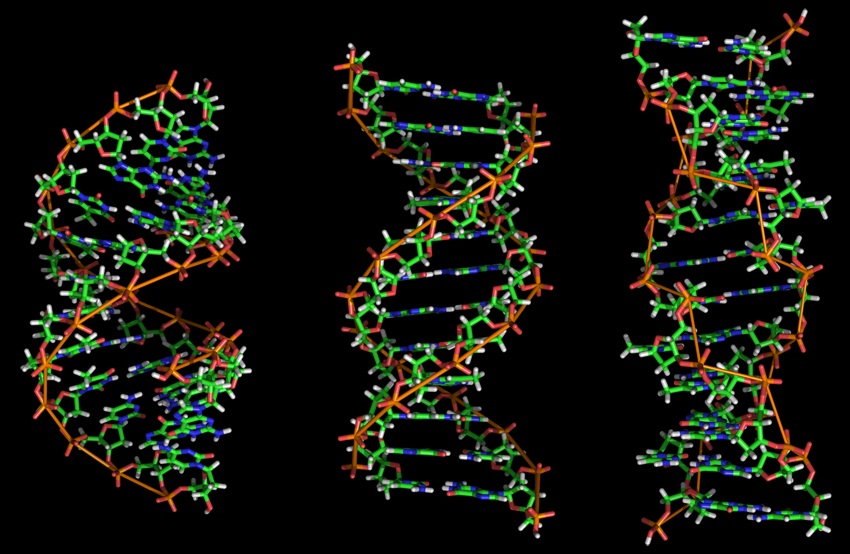 Increasingly important to criminal investigations, DNA analysis once required substantial samples of blood or other bodily fluids, but advances in the field now make it possible to produce a complete genetic profile of a suspect from just a few cells left behind — so-called “touch DNA.” A new study shows that secondary transfer of human DNA through intermediary contact is far more common than previously thought, a finding that could have serious repercussions for medical science and the criminal justice system.

If your DNA is found on a weapon or at a crime scene, does that make you guilty? A judge or jury might think so, but a new study from the University of Indianapolis shows that secondary transfer of human DNA through intermediary contact is far more common than previously thought, a finding that could have serious repercussions for medical science and the criminal justice system.

Increasingly important to criminal investigations, DNA analysis once required substantial samples of blood or other bodily fluids, but advances in the field now make it possible to produce a complete genetic profile of a suspect from just a few cells left behind — so-called “touch DNA.”

UIndy reports that the emerging concern, long considered a theoretical risk but only now systematically confirmed by the UIndy study, is that the presence of those cells does not prove that the person actually visited the scene or directly touched the object in question. The DNA easily could have been transferred by other means.

“I think this issue has been swept under the rug,” said Associate Professor Krista Latham, who directs UIndy’s Molecular Anthropology Laboratory and oversaw the study designed as a course project by Human Biology graduate students Cynthia Cale and Madison Earll. “There have been some holes in this kind of research, and I think that allowed people to disregard it, but this is a very well-designed project. It’s going to change the way the medicolegal system looks at DNA evidence.”

The researchers detail their findings in the January issue of the Journal of Forensic Sciences. Cale also discusses the study in an op-ed for this week’s issue of the journal Nature.

Cale is lead forensic DNA analyst at Strand Diagnostics, an Indianapolis-based laboratory that provides services to public agencies and has a collaborative partnership with UIndy’s Department of Biology. Like Latham, she has served often as an expert witness for court proceedings involving DNA analysis. The new study was inspired by a concern that arose at the Strand laboratory, after routine contamination checks began turning up DNA profiles of people who had never been there — the employees’ children.

“It’s scary,” said Cale, who is continuing her master’s thesis project at UIndy. “Analysts need to be aware that this can happen, and they need to be able to go into court and effectively present this evidence. They need to school the jury and the judge that there are other explanations for this DNA to be there.”

The experiment designed by Cale and Earll asked pairs of volunteers to shake hands for two minutes, after which they handled knives that were later swabbed for DNA samples. In 85 percent of the cases, DNA from the person who did not directly touch the knife was transferred in sufficient quantity to produce a profile. In one-fifth of the samples, that person was identified as the main or only contributor of DNA to the potential weapon, despite never having touched it.

“Most of the articles I’ve read about secondary DNA transfer say there’s not really going to be any impact on the end result,” Cale said. “Getting a single-source profile is going to be very hard to dispute in court, but as you can see, that single-source profile could come from a person who hadn’t even touched the knife. The person who handled the knife wasn’t even detected on the knife. And there were other instances where there was a mixture, but the person who didn’t touch it, they were the majority.”

Therefore, not only can secondary DNA transfer falsely link someone to a crime, but it also can weaken the impact of potential evidence that could have been used to identify the guilty party.

“This research highlights the need to eliminate ‘touch DNA’ from our vocabulary,” said Earll, who has since earned her degree and now works as a microbiologist for Pace Analytical on assignment at Elanco Animal Health. “It’s clear that this term is misleading and does not adequately explain all of the possible ways that DNA can end up on an object.”

UIndy notes that the concern is not just theoretical. In a 2013 California case, a man was arrested and held for months on a murder charge after hisDNA was found on a homicide victim. The charges were dropped after it was determined that the DNA probably was transferred to the victim by paramedics who had come into contact with each of them on separate emergency runs.

Such possibilities, however, often are not raised in court proceedings. Instead, the jury hears only that the DNA sample has a high mathematical probability of coming from the person in question, implying that the suspect must have been present.

“With a full profile, you see stats like one in a quadrillion, so when you present that in court, that’s even harder to dispute,” Cale said.

The researchers plan to continue their experiments in the coming months, systematically reducing the contact time between the test subjects to see if the same level of secondary transfer can occur with a shorter period of exposure, making potential contamination an even greater concern.

“DNA never lies, right? But sometimes the only evidence they have in a case is DNA, and this emphasizes that we need to interpret the entirety of a case,” said Latham, known internationally for her work as a forensic anthropologist. “Even everyday people on a jury need to understand thatDNA is not this magic bullet, that it needs to be interpreted just like any piece of evidence.”

Court imposes limits on detention of immigrants in deportation cases