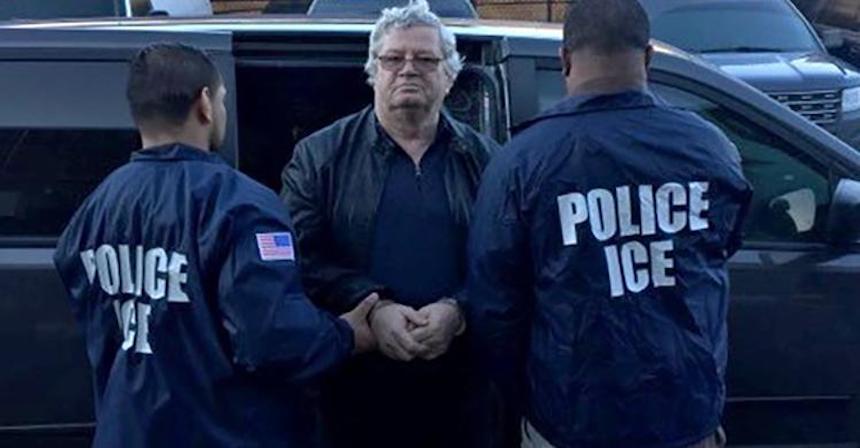 A Bosnian man residing in Chicago, who served as an officer in the Bosnian conflict during the 1990s, was deported Monday by deportation officers with U.S. Immigration and Customs Enforcement’s (ICE) Enforcement and Removal Operations (ERO).

In 2006, ICE officials discovered that Asentic had repeatedly failed to disclose this information and interviewed him under oath. Once confronted with previously unavailable evidence, Asentic finally acknowledged that he had been part of the Zvornik Brigade from 1992 to 1996.

Documents showed that Asentic’s superiors promoted him rapidly, from private to acting captain, because they considered him a reliable officer.  In addition to his officer status, evidence indicated that he was on duty in July 1995 in an area where he and his unit were in a position to block escape routes during the Srebrenica genocide, where 7,000 to 8,000 Bosnian Muslim men and boys were killed by Bosnian Serb forces.

The immigration judge deemed the nature of Asentic’s misrepresentations “particularly serious” because they were done deliberately out of fear that telling the truth would prevent him from coming to the United States, and also because his omission was in the context of his extensive military service at a time when the VRS committed atrocities.

The Board of Immigration Appeals upheld the immigration judge’s findings on removability and on Asentic’s application for a waiver.  The U.S. Court of the Appeals for the Seventh Circuit affirmed the Board’s decision in October.

This case was investigated by U.S. Immigration and Customs Enforcement’s (ICE) Homeland Security Investigations (HSI) in Chicago.  Support was also provided by ICE’s Office of Chief Counsel in Chicago, and ICE’s Human Rights Violators and War Crimes Center (HRVWCC). The HRVWCC was established in 2009 to further ICE’s efforts to identify, locate and prosecute human rights abusers in the United States, including those who are known or suspected to have participated in persecution, war crimes, genocide, torture, extrajudicial killings, female genital mutilation and the use or recruitment of child soldiers.

Since 2003, ICE has arrested more than 395 individuals for human rights-related violations of the law under various criminal and/or immigration statutes. During that same period, ICE obtained deportation orders against and physically removed 835 known or suspected human rights violators from the United States.