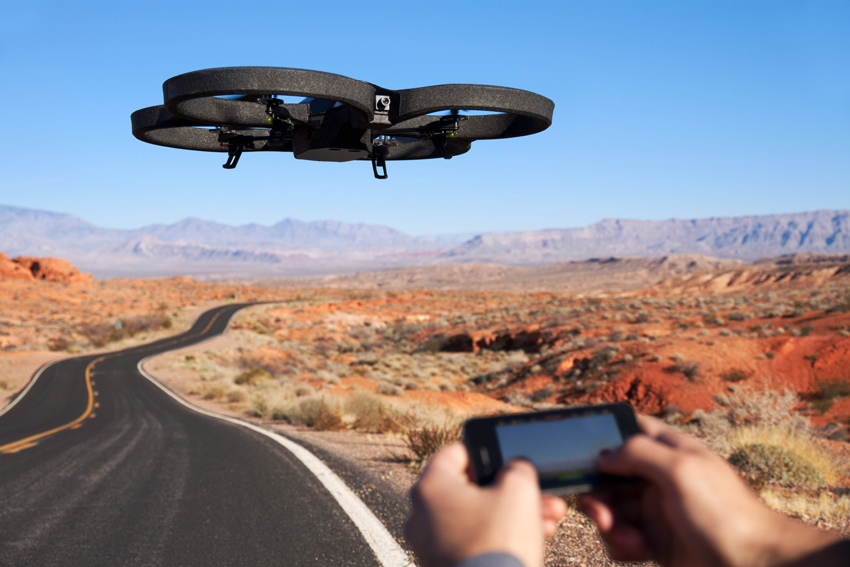 Researchers at the University of Georgia are working to bring a new level of precision to the navigation systems used to guide drones. The work is supported through a contract with Southern Company, one of the U.S. largest energy companies, which plans to use unmanned aircraft to enhance safety for crews in the field and improve reliability for customers.

UGA reports that a team in the school’s College of Engineering has designed and tested a prototype that employs ultrasound technology to help unmanned aircraft operators map the interior of large structures and guide their craft to specific locations. The team is led by assistant professor Zion Tse and includes graduate research assistants Stan Gregory and Kevin Wu.

“GPS technology isn’t a good option for what we’re trying to accomplish because it’s not very accurate or reliable indoors,” Wu said. “The margin of error can be up to five meters, which is fine if you’re driving your car and dealing with a scale of miles, but we’re dealing with much smaller areas and need a much higher degree of precision.”

The system Wu and the other researchers have designed uses onboard ultrasound sensors to relay information on the aircraft’s location to its operator. The sensor emits sound waves that bounce off walls or other structures and return to the device, in much the same way a bat navigates in dark spaces. The data is then transmitted to a computer where a software program plots the area and tracks the drone’s location.

“People have used drones with cameras to inspect the inside of structures before, but due to limited battery life, they have to bring the drone down quite often,” Gregory said. “Then, when they put the drone back in the air it’s often difficult to find the exact location again by essentially relying on visual cues.”

Gregory said the team tested its guidance and mapping system for the first time this spring at Southern Power’s Plant Franklin in Smiths, Alabama. Southern Power is a subsidiary of Southern Company.

Plant Franklin is designed to capture waste heat from its primary combustion turbines and use the heat to increase the plant’s efficiency. This process happens in an area known as a heat recovery steam generator. Plant Franklin’s three heat recovery steam generator units are 20 feet long, 20 feet wide, and reach 70 feet high. The inside of each unit is covered with large, specially treated steel plates.

During routine maintenance-related plant outages, the heat recovery steam generator units are inspected. During these inspections, workers construct temporary scaffolding inside the structures, and inspectors climb along the walls to look for potential problem areas.

“The inspection drone will reduce cost and plant downtime by allowing a single inspector to inspect and assess the recovery system without the need for scaffolding,” Tse said.