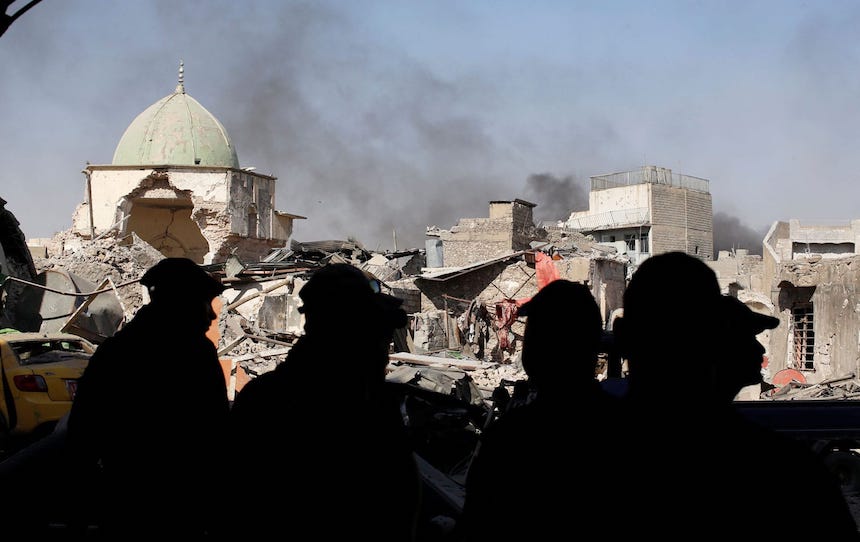 In November 2014, the United Nations Centre for Counter-Terrorism (UNCCT) launched an investigation into the growing phenomenon of Foreign Terrorist Fighters (FTFs) in Syria. UNCCTinterviewed 43 individuals between August 2015 and November 2016, representing twelve nationalities. Thirty-three (77 percent) of the interviewees reached Syria but subsequently decided to leave, while the remaining ten (23 percent) began the journey but were stopped en route, either on their own or in a transit country. Two interviewees are of Syrian origin, though they were not living in Syria when they were interviewed.

UNCCT says that the responses of the interviewees provide important insights into the motivations of individuals to leave their countries of residence or nationality to join armed groups in Syria. The UNCCTnotes that it is important to note that more often than not, individuals do not necessarily select the group they finally join. Rather, once they reach Syrian territory, some seem to join the group that operates closest to their point of arrival. Fighters also seem to be switching groups.

The UN says that the aim of the report is to expand understanding of the FTF phenomenon in Syria by examining why the interviewees chose to act in the way they did. The report records the reasons individual FTFs have given to explain their decision to leave their countries of residence or nationality to join armed groups. It also records their reasons for leaving these groups and returning to their countries of residence or nationality before achieving the goals and objectives they had set themselves. Finally, the report seeks to draw conclusions as to the threat that returning FTFs may pose in the future.

The UN notes that the purpose of engaging directly with returned terrorist fighters was “to improve international understanding of a global phenomenon that represents one of the gravest current threats to national, regional and international security. By equipping policy makers with greater knowledge and understanding of the motivations of FTFs the United Nations may help them design and implement effective and appropriate responses that can stem the flow of FTFs, redirect the future of returnees, and reintegrate them with minimum risk to public safety.”

Key findings
There is no one profile for FTFs and the report warns against sweeping generalizations. Some of its findings confirm the results of other, similar studies, while other findings suggest that different samples will prompt different conclusions. For example: most FTFs interviewed in this study are young, male and without an advanced education. Perhaps contrary to general perceptions, the report finds that many FTFs serving as foot soldiers lack opportunity, are disadvantaged economically, lack education and have poor labor prospects, even when they come from Western societies.

Most FTFs in the sample come from large families in urban communities that are rather isolated from mainstream social, economic and political activity. Some of the families from which these particular FTFs come often show signs of internal dysfunction or stress.

FTFs leave their country of residence for different reasons. Push and pull factors intertwine in different ways according to the individual and the internal and external environment each one faces. While the survey suggests that economic factors have become more important as a push factor than was the case in earlier waves of FTFs, for example to Afghanistan in the 1980s, other political and social factors have contributed in varying degrees. The push factors are also inevitably more country-specific than the pull factors. Religious belief seems to have played a minimal role in the motivation of this FTF sample.

Unresolved conflicts that include inter-communal violence appear to be one of the strongest magnets for FTFs. A sense of identity with – and a desire to help – co-religionists who are perceived as victimized and mistreated by other groups has developed into a sense of obligation to act in defense of one’s in-group. This was one of the most common reasons that individual FTFs in our sample gave for travelling to Syria. Empathy with the Sunni communities in Syria that are portrayed as being under attack as much for their belief as for any other reason was a common theme. For some, this sense of brotherhood was reinforced by a sense of religious obligation.

Social and personal networks are key mechanisms in the evolution of a FTF. The survey finds that a decision to go to Syria is almost invariably linked to social networks formed in gathering places such as mosques, prisons, schools, universities, neighborhoods or the workplace. These networks often become stronger in the intensity of the battlefield, but also more exclusive, with weaker members being pushed to the margins over time.

In more general terms, there is inevitably a “personal” factor that persuades one individual to become a FTF while his neighbor, or even his sibling, although exposed to exactly the same environment and subject to the same conditions conducive to radicalization and extremism chooses to remain at home. These factors are among the hardest to discover, and although of great importance to the individual, are likely to be the least susceptible to any broad-based intervention at the community level.

The respondents of this survey claimed they did not go to Syria with the intention of becoming a terrorist, nor did they return with that purpose in mind. However, some may remain vulnerable to outside influences, or become unpredictable as a result of the psychological consequences of their experience. Though disillusionment with the gap between the rhetoric of extremist groups and their actions on the ground is a reason for leaving, this may not mean that the ex-FTFhas altogether abandoned the ideology and political objectives of the group he or she joined.

However, it appears from this survey that not all individuals who go to Syria undergo intense military training, participate in brutal acts, or are subjected to and accept extensive and religious indoctrination that would lead to their further radicalization. It also appears from this survey that not all foreign supporters of a group will agree with a call by its leadership for action outside Syria. Nor will their attitude necessarily undergo any significant change as a result of their experience in Syria, or subsequently in prison, where most have ended up.

The UN notes that the respondents of this survey did not intend to return home when they departed for Syria, although overall, a large number have already done so. Many more are expected to return in the future.

The FTFs in the survey were motivated to leave Syria either by their genuine disappointment in and disenfranchisement by the terrorist organization they joined, or were disillusioned by their host’s lack of welcome, be it the Syrian people or the terrorist group itself. The screening processes of armed groups tend to weed out the useful from the less useful recruits, leaving the latter with the choice of either remaining undervalued, seeking out another group, or returning to their country of residence. This was a common phenomenon for many of the FTFs represented in this report.

While social networks play a key role in motivating individuals to go to Syria, their influence on the decision to return is less evident. Instead, it is the family network, particularly mothers, that exert the most influential pressure on FTFs to return home, though only once their disillusionment and disappointment has begun to kick in.