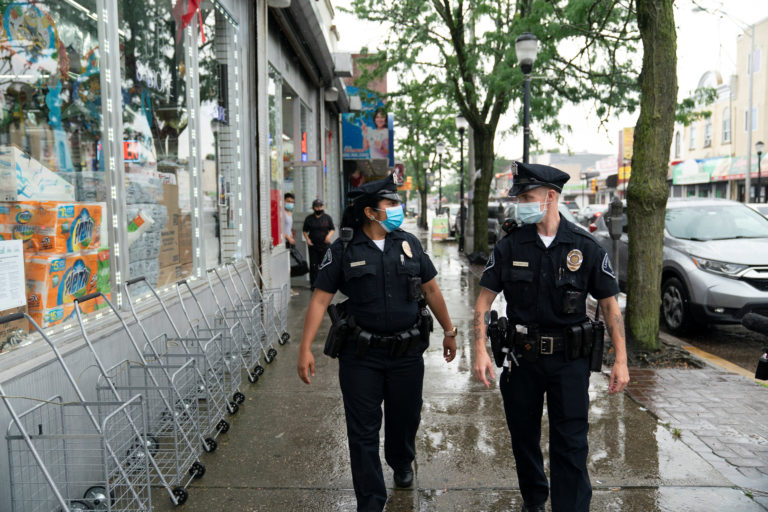 The findings further suggest that law enforcement agencies may need to implement structural changes before incremental police reforms can succeed. Community policing departs from traditional policing by involving citizens in the process to foster trust and legitimacy and improve police-citizen cooperation. While the strategy has been tried around worldwide, its efficacy has largely only been evaluated in wealthy regions, like the United States, the United Kingdom, and Australia. Evidence from developing countries in the Global South is nonexistent.

Collaborating with police agencies in Brazil, Colombia, Liberia, the Philippines, Uganda and Pakistan, Graeme Blair and colleagues helped implement locally appropriate community policing interventions informed by global best practices. They then developed six coordinated studies to evaluate whether community policing strategies led to citizens’ improved trust and cooperation with police and lower crime rates. “Setting up the experiments required coordinated efforts that make this work distinctive, not only for community policing but also for policing practices more generally,” writes Santiago Tobón in a related Perspective. Contrary to prior evidence in more developed nations, the authors found that community policing did not improve trust between the public and police, not did it reduce crime.

Blair et al. identified several reasons that may explain why such efforts failed in these regions, including lack of prioritization by police leadership, the rotation of community policing officers and leaders championing the reform, and limited police resources to follow up on concerns identified by citizens. While these constraints were common in the study areas, the authors note that they are not unique to the Global South. Thus, the beneficial effects of community policing in rich countries, like the U.S, may reflect not only the outcomes of the intervention itself but also important social and cultural conditions unique to these locations. “The study by Blair et al. suggests that the determinants of police trust and legitimacy remain unclear, at least in the developing world,” writes Tobón. “Regardless of the unexpected results, this research is a proof-of-concept exercise that coordinated experiments to fight crime and violence in developing countries are possible.”