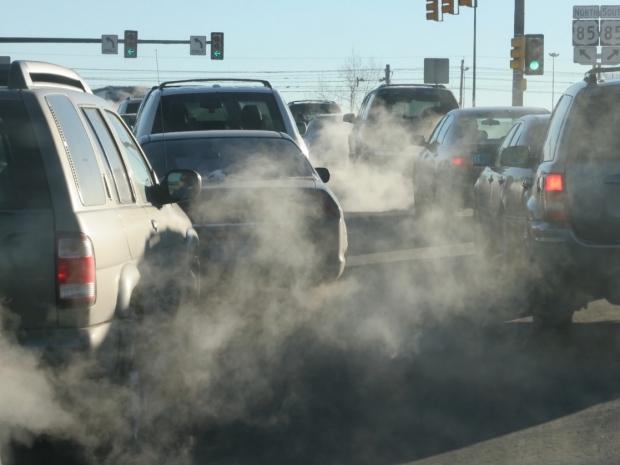 With the United Nations recently concluding discussion of climate change and leaders returning to their countries to explore new solutions, newly-released public-private research from New York University and Columbia Business School proposes a new method for calculating carbon tax rates based on environmental, economic and social factors, including the costs the public pays for carbon usage such as damage to agriculture, vulnerable coastal infrastructure, and risk to human health.

Economists and other climate scientists have long believed that the optimal way to combat climate change is to charge for each ton of CO2 emitted into the atmosphere. Such charges could easily be incorporated into fuel taxes. The revenues from such taxes could be directly rebated to consumers in the form of a carbon rebate, so that a tax could be revenue neutral, and could cost those who are large polluters, and benefit others.

While there is growing consensus around the conclusion that we need a carbon tax, there is still considerable debate about the correct tax rate, and about how that rate should evolve over time. Typical carbon pricing models did not fully consider the uncertainties surrounding climate change calculations. It is possible that the planet is far more robust to large CO2 concentrations, but it is also possible that large concentrations could lead to disastrous outcomes. In downplaying this uncertainty, typical climate models conclude that carbon prices should start low, and then gradually increase over time, with the corresponding belief that this approach encourages clean technology and market innovation–and drives lower emissions. The “EZ Climate” model – pioneered by Kent Daniel of Columbia Business School, Gernot Wagner at New York University’s Wagner Graduate School of Public Service, and Robert Litterman of Kepos Capital – shows an analysis that correctly incorporates climate uncertainty implies that carbon prices should instead start out high at the outset, and then should decline as uncertainty is resolved.

“It’s been broadly accepted that carbon prices should start low and increase over time,” says Wagner, also a professor in NYU’s Department of Environmental Studies. “Our paper argues that high uncertainty turns this view on its head: high prices today, which are expected to decrease in the long run as uncertainty clears up and technological change makes mitigation much cheaper.”

“Our model shows that properly taking climate uncertainty into account leads to the conclusion that we need to take stronger action today to give us breathing room in the event that the planet turns out to be more fragile than current models predict,” said Daniel, who is a professor of finance and the Senior Vice Dean at Columbia Business School.

Litterman, formerly the top risk manager of Goldman Sachs and now a founding partner of Kepos Capital, opined: “To me the most surprising result of the research was how quickly the cost of delay increases over time. When we modeled optimal carbon pricing policy with various start dates in the future, we quickly realized that the impact of the mitigating effects are closely tied to when you actually start ascribing a price to carbon emissions.”

The Rise of Deal Collectives That Punish Profits