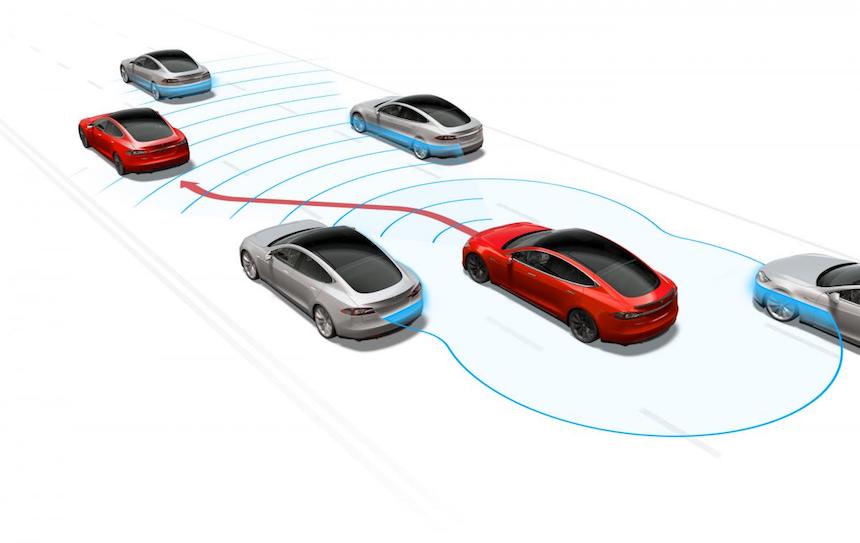 In the field of self-driving cars, algorithms for controlling lane changes are an important topic of study. But most existing lane-change algorithms have one of two drawbacks: Either they rely on detailed statistical models of the driving environment, which are difficult to assemble and too complex to analyze on the fly; or they’re so simple that they can lead to impractically conservative decisions, such as never changing lanes at all.

At Wednesday’s International Conference on Robotics and Automation, researchers from MIT’s Computer Science and Artificial Intelligence Laboratory (CSAIL) will present a new lane-change algorithm that splits the difference. It allows for more aggressive lane changes than the simple models do but relies only on immediate information about other vehicles’ directions and velocities to make decisions.

“The motivation is, ‘What can we do with as little information as possible?'” says Alyssa Pierson, a postdoc at CSAIL and first author on the new paper. “How can we have an autonomous vehicle behave as a human driver might behave? What is the minimum amount of information the car needs to elicit that human-like behavior?”

Pierson is joined on the paper by Daniela Rus, the Viterbi Professor of Electrical Engineering and Computer Science; Sertac Karaman, associate professor of aeronautics and astronautics; and Wilko Schwarting, a graduate student in electrical engineering and computer science.

“The optimization solution will ensure navigation with lane changes that can model an entire range of driving styles, from conservative to aggressive, with safety guarantees,” says Rus, who is the director of CSAIL.

For any given method of computing buffer zones, algorithm designers must prove that it guarantees collision avoidance, within the context of the mathematical model used to describe traffic patterns. That proof can be complex, so the optimal buffer zones are usually computed in advance. During operation, the autonomous vehicle then calls up the precomputed buffer zones that correspond to its situation.

The problem is that if traffic is fast enough and dense enough, precomputed buffer zones may be too restrictive. An autonomous vehicle will fail to change lanes at all, whereas a human driver would cheerfully zip around the roadway.

With the MIT researchers’ system, if the default buffer zones are leading to performance that’s far worse than a human driver’s, the system will compute new buffer zones on the fly — complete with proof of collision avoidance.

That approach depends on a mathematically efficient method of describing buffer zones, so that the collision-avoidance proof can be executed quickly. And that’s what the MIT researchers developed.

They begin with a so-called Gaussian distribution — the familiar bell-curve probability distribution. That distribution represents the current position of the car, factoring in both its length and the uncertainty of its location estimation.

The skewed distribution defines the vehicle’s new buffer zone. But its mathematical description is so simple — using only a few equation variables — that the system can evaluate it on the fly.

The researchers tested their algorithm in a simulation including up to 16 autonomous cars driving in an environment with several hundred other vehicles.

“The autonomous vehicles were not in direct communication but ran the proposed algorithm in parallel without conflict or collisions,” explains Pierson. “Each car used a different risk threshold that produced a different driving style, allowing us to create conservative and aggressive drivers. Using the static, precomputed buffer zones would only allow for conservative driving, whereas our dynamic algorithm allows for a broader range of driving styles.”