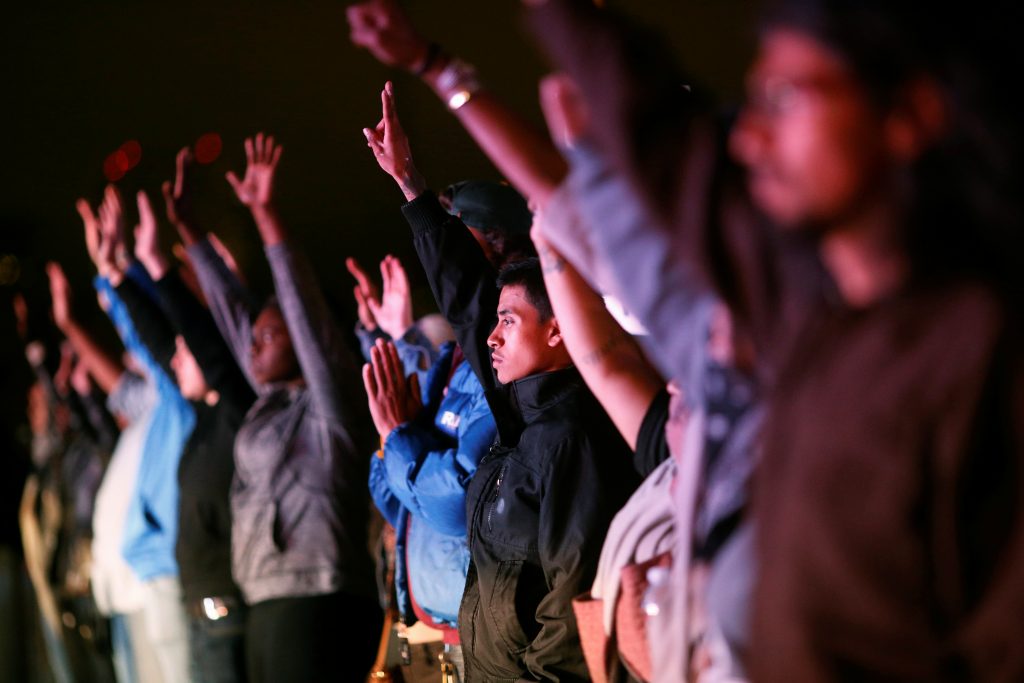 While most media attention seems to focus on the number of black males killed by police, new research published in the journal Social Science & Medicine indicates that among men of color, Hispanic males were two times more likely to have a fatal interaction with the police in neighborhoods that have a high percentage of Hispanic residents – and police agencies with more Hispanic officers were associated with higher odds of Hispanic fatalities.

The results suggest that even the most diverse police forces are not exempt from the need for reforms within their ranks, according to Chris St. Vil, an assistant professor in the University at Buffalo School of Social Work and co-author of the study led by Odis Johnson Jr., an associate professor in the departments of Sociology and Education and a faculty scholar at the Institute of Public Health at the Washington University in St. Louis.

“We should be taking a closer look at specific neighborhood mechanisms and police agency characteristics in order to better understand this crisis,” says St. Vil, an expert in trauma, violence and victimization. “There are nuances and idiosyncrasies we need to take into consideration that may vary from community to community, police agency to police agency and district to district.

“We can’t just assume it’s only black males at risk.”

“Crime rates alone don’t explain this problem,” he says. “We must include these other factors and how they contribute to social disorganization and possibly more aggressive tactics by police.”

The novel research is the first to merge a crowd-sourcing data set with a nationally representative sample of law enforcement agencies contained in the Bureau of Justice Statistics Law Enforcement Management and Administrative Statistics (LEMAS).

Part of the challenge for researchers examining fatal interactions with police (FIP) is the absence of reliable data from which to begin their studies, explains St. Vil.

“The motivation behind this research was based on the fact that data collected by federal agencies is not comprehensive,” says St. Vil.  “Reiterating a statement by former U.S. Attorney General Eric Holder back in 2015, the federal government lacks the ability to comprehensively track the number of incidents of either uses of force directed at police officers or uses of force by police and that obtaining better data on police shootings would represent a common-sense step to address serious concerns about the need to safeguard civil liberties.”

Until federal agencies begin to collect and record accurate data, St. Vil says researchers will not have the information necessary to draw conclusions that inform a national dialogue about the depth of the problem.

“Accurate data can provide a better picture, and the answer can go either way, implicating or vindicating the police.”

For the current study, the researchers used two publically accessible databases: fatalencounters.org (FE) and killedbypolice.net. They merged these sources with the data provided by nearly 2,800 police agencies in the LEMAS survey to explore how FIP from May 1, 2013, to Jan 1, 2015, vary across racial and ethnic groups and the role played by neighborhood and agency characteristics.

Although St. Vil says the study avoids problems that result in the kind of underreporting that characterize federal surveys the research is not without its limitations.

“We acknowledge the issues that might call crowd sourcing into question, but we wouldn’t have to use that data set if the feds were doing their job,” he says.

Safe to Use Hands-Free Devices in the Car? Yes, According to Research