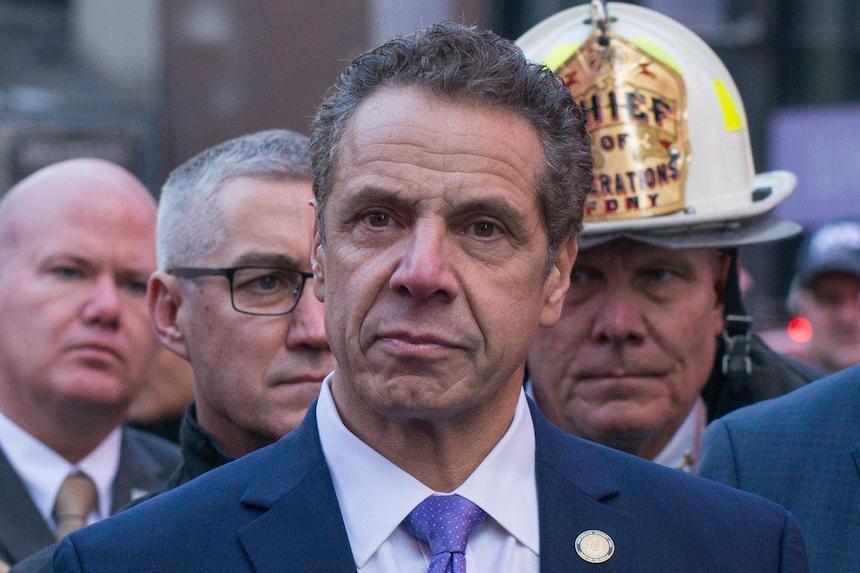 New York Governor Andrew Cuomo urges Internet Service Providers (ISPs) and search engine giants like Google and Yahoo to reassess their approach to extremist content found online. Akayed Ullah, the twenty-seven year-old electrical worker from Bangladesh who detonated yesterday’s homemade pipe bomb in a New York subway tunnel that connects to the Times Square subway hub, told police he carried the attack alone, but had followed Islamic State teachings found online. It is unclear where Ullah found instructions to make the bomb, but as The Wall Street Journal notes, such content is readily available online via a Google search. “One of the questions that we are going to have to deal with and one of the questions that I would put to the internet service provider companies is, going forward, we know these people are going to the internet and we know they are downloading information from certain websites as to how to kill people,” Cuomo said yesterday. When asked if ISPs should report when Americans visit extremists sites, Cuomo replied, “You know, you take the position I’m in, this is our worst nightmare, right?” he said. “How do you secure a place like New York? How do you get intelligence? Now, when people come in from overseas, frankly, we have screening devices. You come through an airport. People drive through bridges and tunnels, et cetera. We have electronic equipment that reads the license plates, that pick suspicious vehicles.” “What do you do about that? That’s the question,” he said. “It’s only going to get worse. It’s not going to get better. That’s clear. This is a situation that is here to stay and it’s something we’ll have to grapple with together.”

Terror groups publish videos, photos, and messages on hundreds of sites online, and while search engines like Google can remove extremist content including bomb-making instructions from search results in the U.K. because such information is illegal there, very little options are available to curb extremist content online in the United States. Google instructs its human reviewers to mark websites with extremist content as low quality- which moves those websites further down search results. A Google search of Rumiyah, an Islamic State magazine which was read by Sayfullo Saipov, the Uzbek man charged with killing eight people by driving a truck down a crowded Manhattan bike path in October, yields different editions of the magazine; most notable were editions of Rumiyah hosted by U.S. research groups such as the Clarion Project that analyze terrorist propaganda. “So far, none of our federal contacts have expressed concern to us because they agree that the issues are readily available to ISIS sympathizers anyway,” said Ryan Mauro, a Clarion Project security analyst. “Self-imposed ignorance is not the answer to combating online ideological warfare.” Mauro does note that his group is exploring options to address critics’ concerns over its hosting of extremist content.

Earlier this year, Google did remove thousands of extremist videos from YouTube (owned by Google’s parent company Alphabet), including footage of Anwar al-Awlaki, an American cleric who died in a U.S. drone strike and has been the leading English-language terrorist recruiter. His videos have been used to recruit fighters for Islamic State and al-Qaeda. Lara Pham, deputy director of the Counter Extremism Project, which tracks extremist content online, said Google’s tougher stance on Youtube should be applied to its search engine. Removing a video from Youtube shows the company determined the video violated Google’s policy, so the video should also be removed from Google search results. “If they have a policy for one product it should be clearly and transparently applied across the board.”

Robot Flows Through Water Pipes to Detect Leaks and Cracks