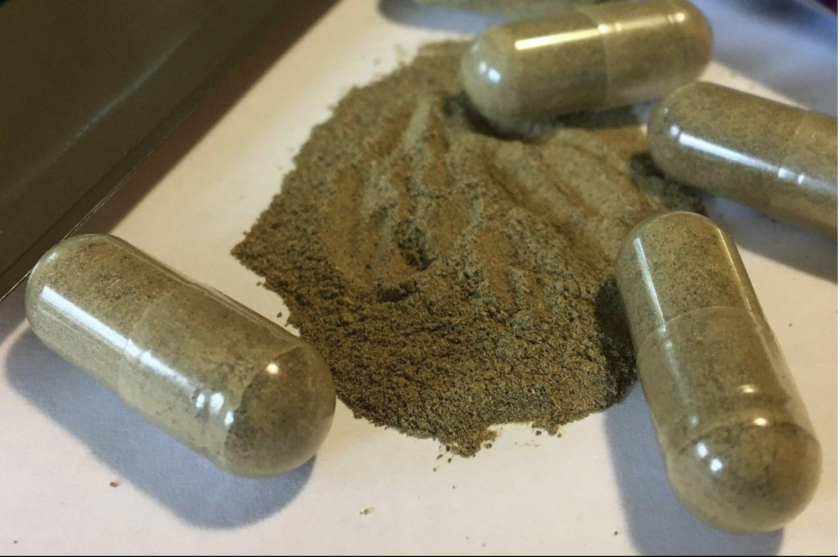 Yesterday, the U.S. Food and Drug Administration announced it has issued a mandatory recall order for all food products containing powdered kratom manufactured, processed, packed, or held by Triangle Pharmanaturals LLC, after several were found to contain salmonella. The agency took this action after the company failed to cooperate with the FDA’s request to conduct a voluntary recall. This is the first time the agency has issued a mandatory recall order to protect Americans from contaminated food products.

“This action is based on the imminent health risk posed by the contamination of this product with salmonella, and the refusal of this company to voluntarily act to protect its customers and issue a recall, despite our repeated requests and actions,” said FDA Commissioner Scott Gottlieb, M.D. “We continue to have serious concerns about the safety of any kratom-containing product and we are pursuing these concerns separately. But the action today is based on the risks posed by the contamination of this particular product with a potentially dangerous pathogen. Our first approach is to encourage voluntary compliance, but when we have a company like this one, which refuses to cooperate, is violating the law and is endangering consumers, we will pursue all avenues of enforcement under our authority.”

Mitragyna speciosa, commonly known as kratom, is a plant that grows naturally in Thailand, Malaysia, Indonesia and Papua New Guinea. Importantly, the FDA advises consumers to avoid kratom or its psychoactive compounds, mitragynine and 7-hydroxymitragynine, in any form and from any manufacturer. The agency also has received concerning reports about the safety of kratom, including deaths associated with its use. There is strong evidence that kratom affects the same opioid brain receptors as morphine and appears to have properties that expose people who consume kratom to the risks of addiction, abuse and dependence. The agency also remains concerned about the use of kratom as an alternative to FDA-approved pain medications or to treat opioid withdrawal symptoms, as neither kratom nor its compounds have been proven safe and effective for any use and should not be used to treat any medical conditions.

In this instance, two samples of kratom products manufactured by Triangle Pharmanaturals of Las Vegas, Nevada, sold through the retail location Torched Illusions in Tigard, Oregon and collected by the Oregon Public Health Division, tested positive for salmonella, as did four additional samples of various types of kratom product associated with the firm collected by the FDA. Adding to the concerns, in the course of investigating a multi-state outbreak of salmonella infections linked to kratom products in conjunction with local officials, FDA investigators were denied access to the company’s records relating to potentially affected products and Triangle employees refused attempts to discuss the agency’s findings.

Under the FDA Food Safety Modernization Act, the FDA has the authority to order the recall of certain food products when the FDA determines that there is a reasonable probability that the article of food is adulterated or in violation of certain allergen labeling requirements and that the use of or exposure to such article will cause serious adverse health consequences or death to humans or animals.

On March 30, the FDA issued Triangle Pharmanaturals a Notification of Opportunity to Initiate a Voluntary Recall, a formal request that advised the company that the agency could order the firm to cease distribution and notify applicable parties within 24 hours if the company did not conduct a voluntary recall. However, Triangle Pharmanaturals did not comply with the request. On March 31, the FDA then ordered the company to cease distribution of the products and the company was provided with an opportunity to request an informal hearing. The company did not respond within the timeframe specified, therefore waiving its opportunity for an informal hearing, and the agency ultimately issued the mandatory recall order in the interest of public safety. This is the third time the FDA has started the process of using its mandatory recall authority, but the first time the agency has gotten to the step of ordering a mandatory recall because a company has opted not to voluntarily recall after the FDA’s notification of an opportunity to initiate a voluntary recall.

Numerous brands of kratom-containing products have been linked to a multi-state outbreak of salmonellosis from multiple strains of salmonella. The FDA continues to advise consumers to avoid kratom and kratom-containing products and discard any in their possession. All salmonella bacteria can cause the foodborne illness salmonellosis, although the strains found in Triangle Pharmanaturals’ products are not currently linked to the outbreak. The FDA is working with the U.S. Centers for Disease Control and Prevention to continue to investigate the ongoing outbreak. Most people infected with salmonella develop diarrhea, fever and abdominal cramps 12 to 72 hours after infection. The illness usually lasts four to seven days, and most people recover without treatment. However, in the current salmonellosis outbreak associated with kratom products, unusually high rates of individuals have been hospitalized for their illness.

Remind Us: What Exactly Is the National Guard?